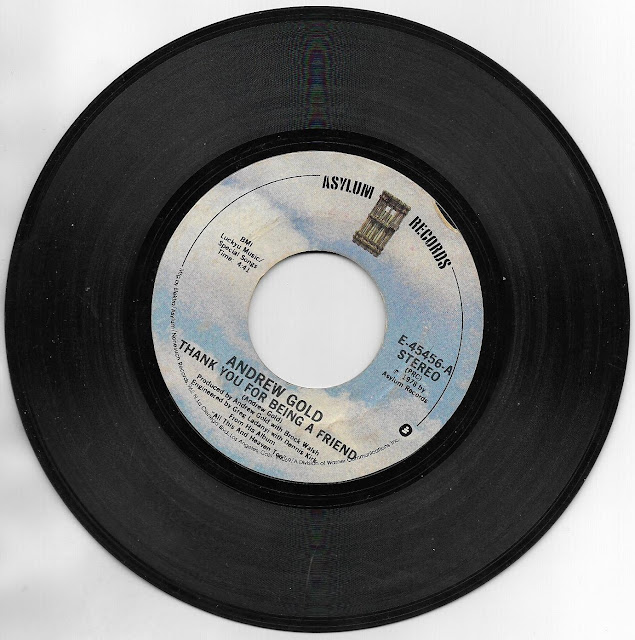 This week has been the kind of week that only late January could produce.

That's how the return address appeared on the envelope. Just above the street, city and zip code, where the sender's name usually goes. All it said was "A Friend".

I need a friend right now.

The left half of my card desk, where my incoming card packages reside, is completely empty. I showcased the last package from a fellow collector the other day. It's freakish to see it that clean and clear. It seems the card exchanging is part of the malaise, too (full disclosure: I've sent out a few card packages the last couple of weeks, but it's been just a few).

But my friend took care of that little matter. This is what was in my friend's envelope: 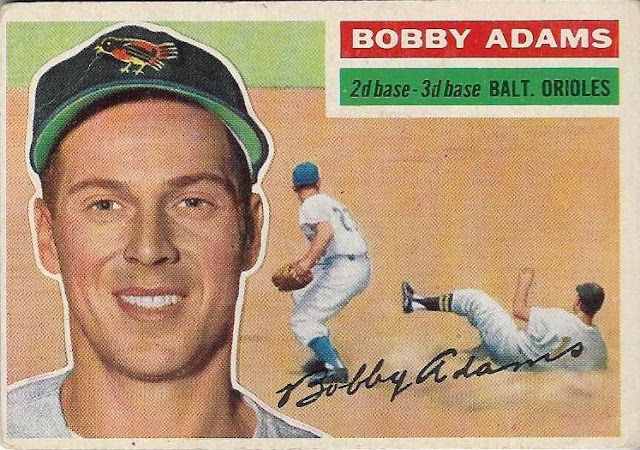 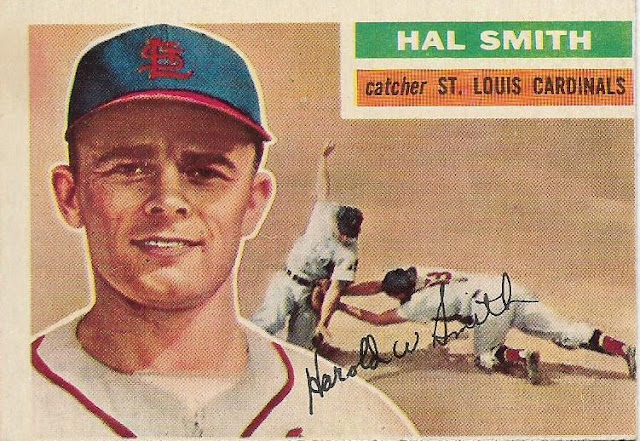 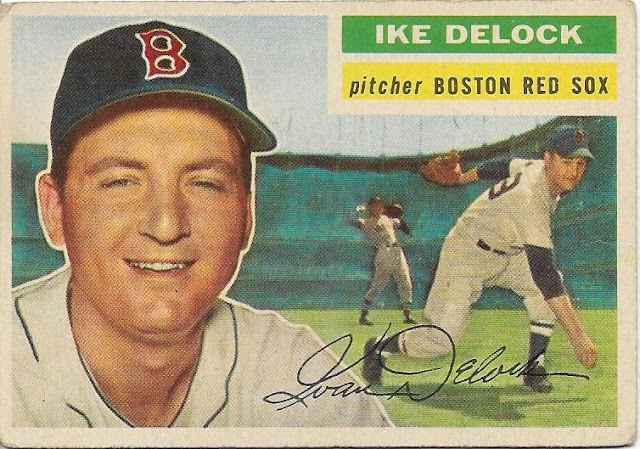 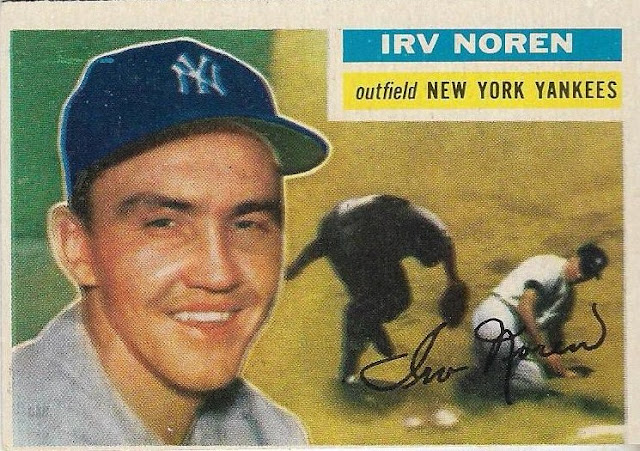 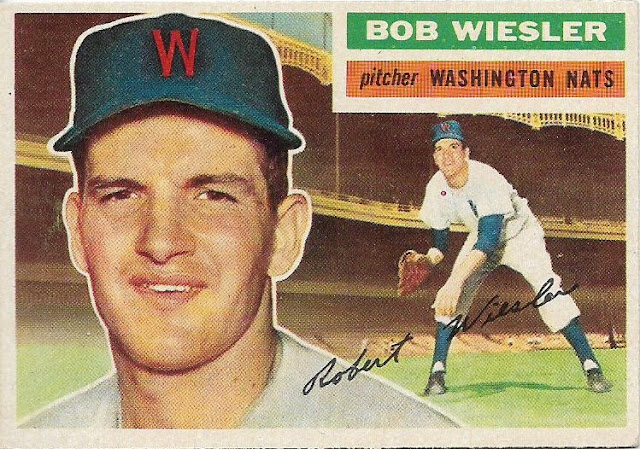 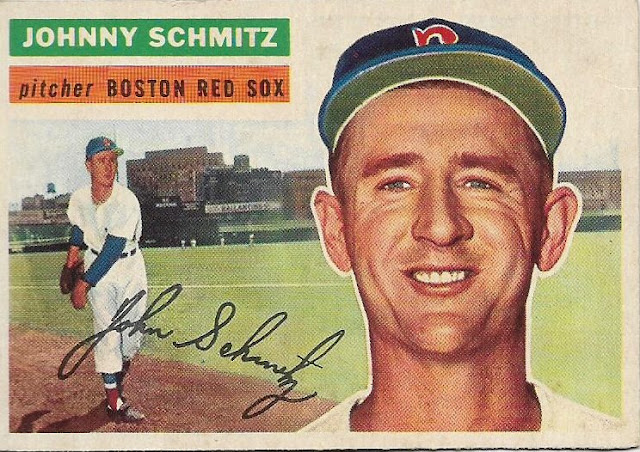 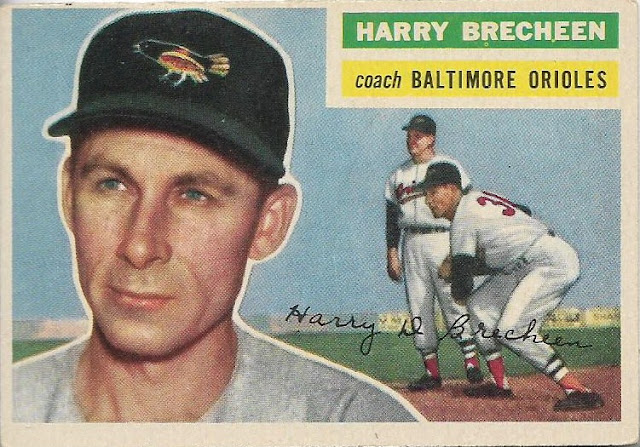 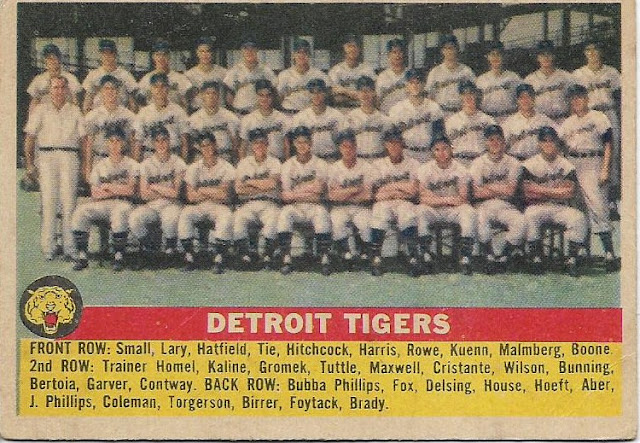 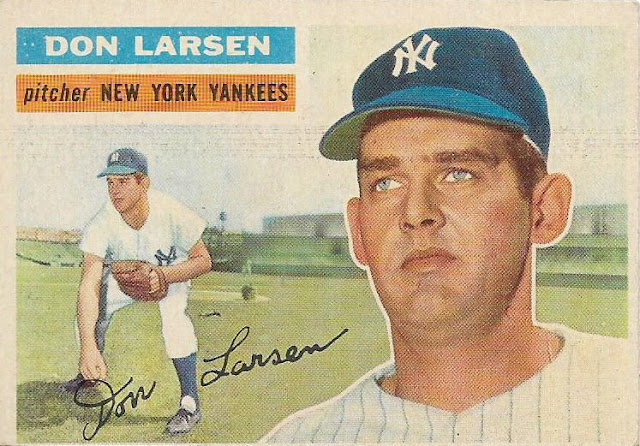 These all were wants from 1956 Topps set quest. They wiped out just about all of the commons left on that list. Most of what remains are stars and team cards, which will take me plenty of time to knock off, but it's pretty cool to need just 32 more cards to finish the set!

I'm looking forward to getting to know most of these guys (except for you, Larsen, I know about you) and putting them in that '56 binder.

All I know about the sender is that the address is in Texas. I went through my address book trying to match it up, but there are about 20 people in that book who live in Texas and nothing matches. I wonder if it's the same person who sent me the '56 Bob Feller?

Anyway, I sure do appreciate someone thinking of me like this when I need just a little bit of a lift.

I'm sure I'll be featuring several of these cards on future '56 of the Month posts, which no doubt will be ignored.

Old Cards said…
What great looking cards and what a great friend. The stumbling block to my collecting is the quest to find those Mantle cards at anywhere near what I call an affordable price. Just curious what you have in mind for your acquisition of the 56 Mantle. Even in poor shape they are going for $200-$250.
January 24, 2020 at 8:52 PM

night owl said…
Haven't thought about it. Another anonymous donation?.... I'll probably be able to score one in poor condition if I save up.
January 24, 2020 at 9:03 PM

kcjays said…
Congrats. What a nice pick-me up.
My only contribution would be that I always enjoy reading your blog.

Commishbob said…
Those are beauties! I particularly love the background on the Schmitz and Weisler cards. That's the Yankee Stadium I remember.
January 25, 2020 at 12:36 AM

bbcardz said…
Very nice! Do you think the Tigers team card would be better if the photo was better focused or is that fuzziness part of the charm of that card?
January 25, 2020 at 1:56 AM

arpsmith said…
Very cool, what A Friend to have. Amazing that you are only 32 cards from the set, it is one of my favorites. Looking forward to seeing you finish it up.
January 25, 2020 at 10:15 AM

acrackedbat said…
i always loved this 45 but now can't listen to it w/o seeing the Golden Girls prancing around my brain. Odd and slightly frightening. Beautiful vintage in nice condition! a thoughtful package and great "pick me up" from a friendly Texan!
January 25, 2020 at 10:26 AM

Nick said…
Very cool, especially the Larsen! Even with the stars/team cards left, being 32 cards away from completing '56 Topps is still a heck of an accomplishment.(Any anonymous friends out there have '56 Topps they wanna send me?)
January 25, 2020 at 1:24 PM

Johnnys Trading Spot said…
A. Friend. I remember the Michael Douglas/Demi Moore movie that came from, but I'm having a Brain fart on the title.
January 26, 2020 at 5:21 PM

BaseSetCalling said…
Some day, I want to build a screen saver folder of images of the 1956 set, then have them pop up at random when my PC decides to go to sleep. I would probably just sit there and stare at them shuffling by for quite a while. Thanks for posting too many baseball cards.
January 26, 2020 at 8:19 PM