Trading with someone who's loving life right now 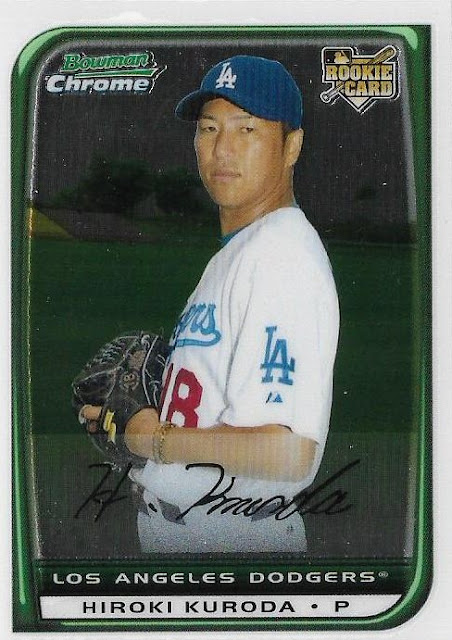 I just sent off a package to a Nationals fan.

It was packed full of Nationals cards, cards that I haven't been able to trade for years.

These must be the best days for collector Chris, the Nationals fan. First the Nationals land the wild card spot, then they beat the Brewers, then the Dodgers hand them the NLDS, then they sweep the Cardinals and are in the World Series for the first time!

And then -- and THEN -- this dude with a blog sends him Nationals cards!

Some fans have all the luck.

I am a typical baseball fan of a certain age that has little use for the Nationals. Yeah, yeah, Scherzer and Strasburg and all that. Doesn't matter much to me. The Expos -- you know, the team MLB stole from Montreal and planted in Washington -- were my most direct route to watching a major league game in person. And it's been a pain in the rump to attend an MLB game ever since the Expos left.

I don't consider the Nationals an extension of the Expos at all. They are two completely different clubs to me, no matter what MLB wants, no matter what history says. When the Texas Rangers made the World Series in 2010 was anybody in Washington celebrating because their team finally made it to the Series? There you go.

So, yeah, I was more than happy to dispose of some Nationals cards. It was perfect timing considering the Dodgers' fate. Wish I had even more to send Chris.

But I made optimal use of that Nationals card-dumping by getting a few Dodgers, and other collecting needs, in exchange. I also took care of a card "need" that could have escaped me for the next 20 years without me noticing. 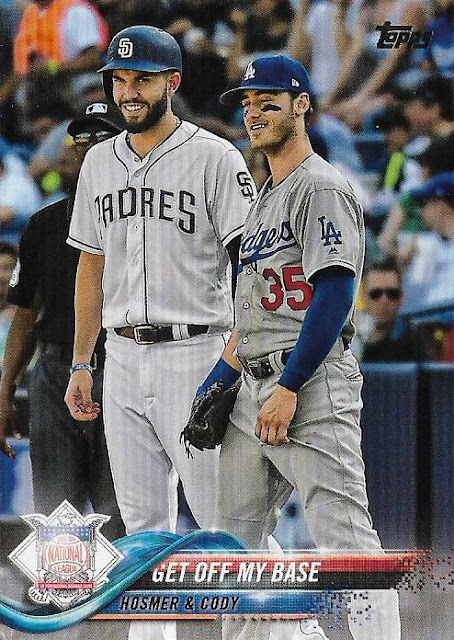 I wish Topps would stop doing these random combination cards with the hokey captions. Not only are they painful -- just look at Bellinger's face -- but they often escape team checklist sites!

I had no idea this was a Dodger need in last year's Update set.

I thought this was my last need in the Update set: 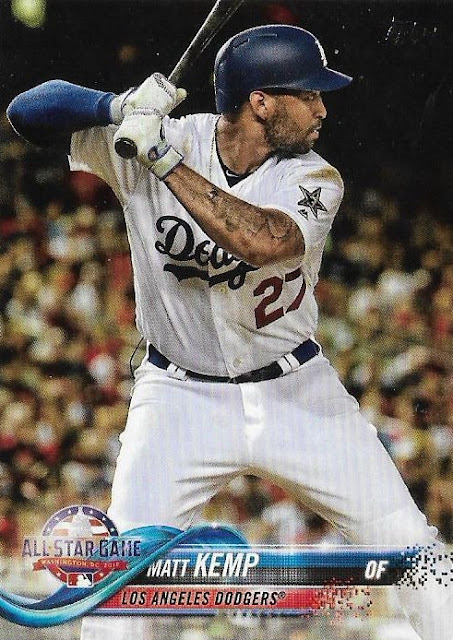 Chris sent me this card, too, and I was thrilled when it appeared out of the stack. Then the doopy, unnecessary "Hosmer & Cody" card appeared shortly after and I felt dumb pining for that Kemp All-Star card for so many months. I'm sure there are five months of entries in my Cardboard Diary that say "oh, if I only had that Kemp All-Star card!" Lot of carrying on over nothing. 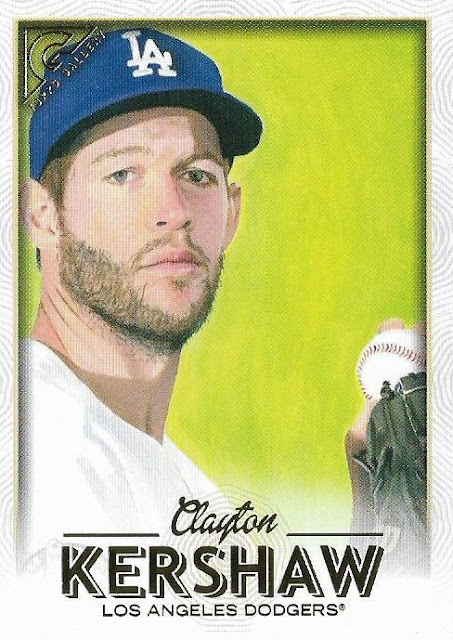 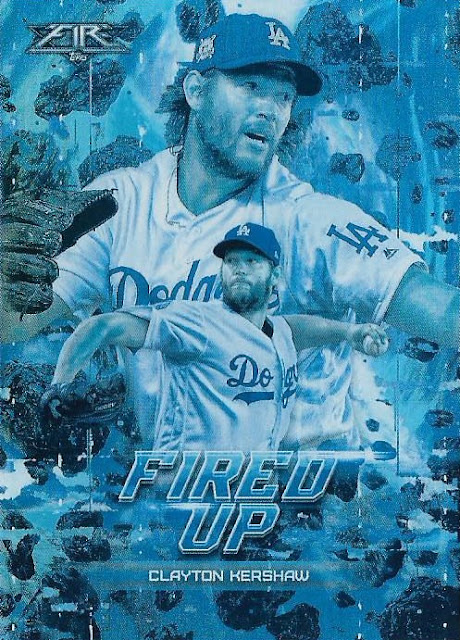 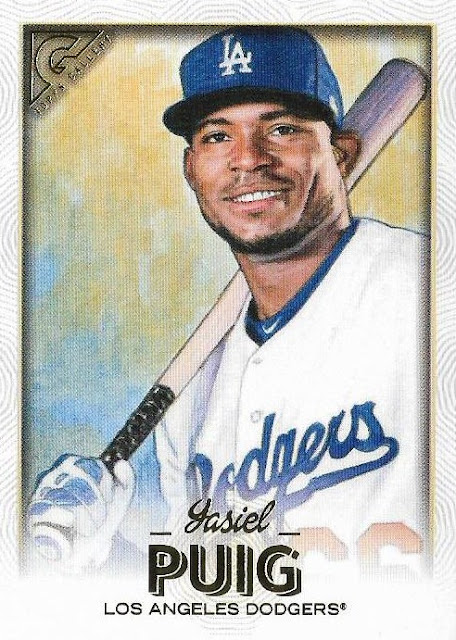 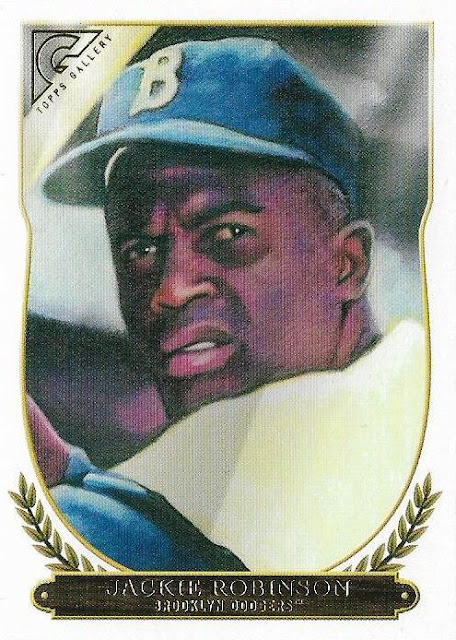 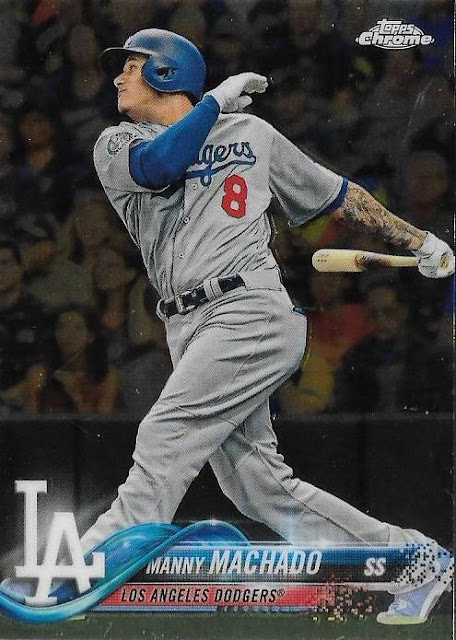 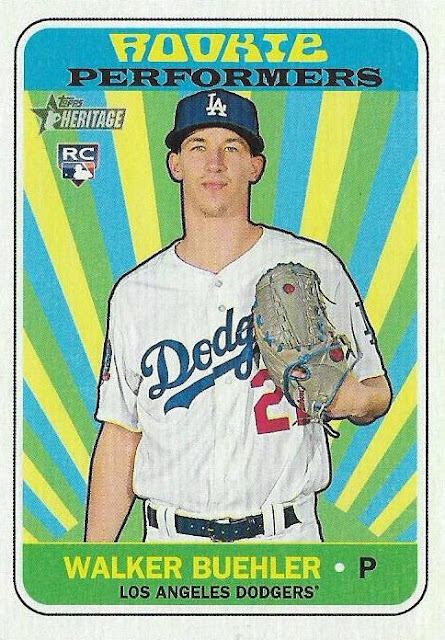 Chris cleared up several 2018 Dodgers needs, notably a few cards from products that I can only find in Walmart. And since I both try to avoid Walmart and the store has positioned a checkout line in direct conflict with the card aisle, cards from sets like Gallery are affected. 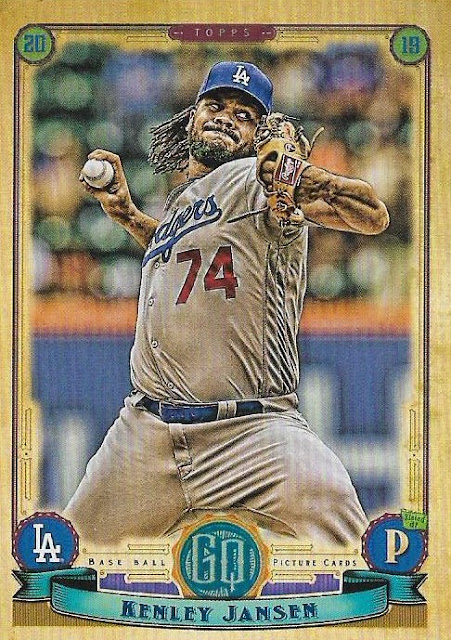 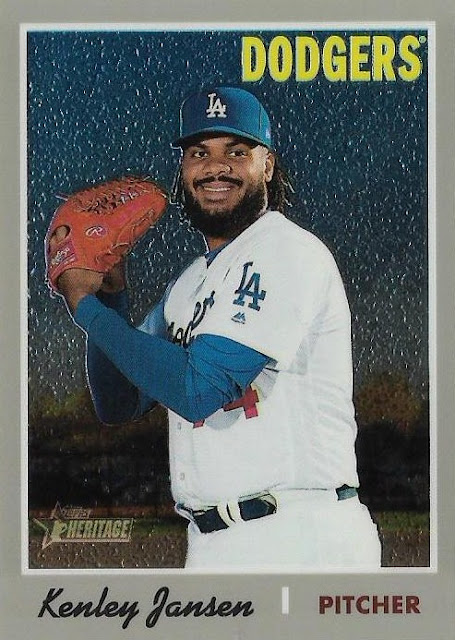 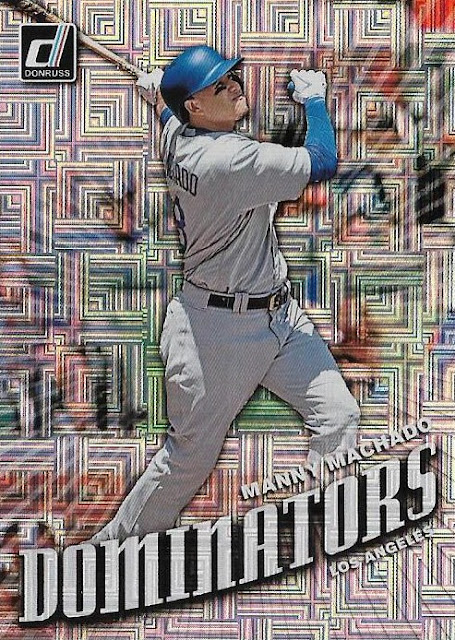 Here is some 2019 stuff. Fancy, although I feel that "dominator" should have been trademarked for Dominik Hasek. 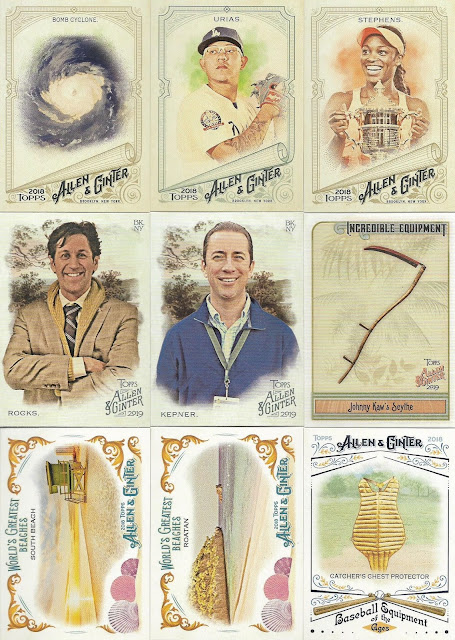 Chris picked up on my appreciation for sets with non-sports cards and here are a bunch of Allen & Ginter needs from the last two years. I am not collecting the "Incredible Equipment" insert set -- it reminds me of walking through some old Farmer's Museum -- but I'll take any A&G card that isn't a dupe. 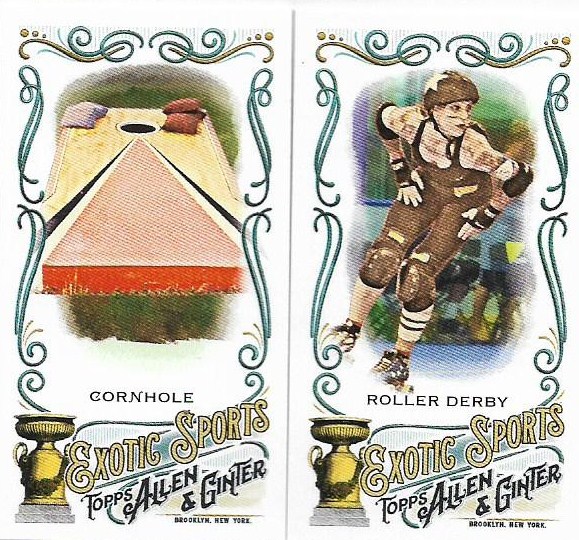 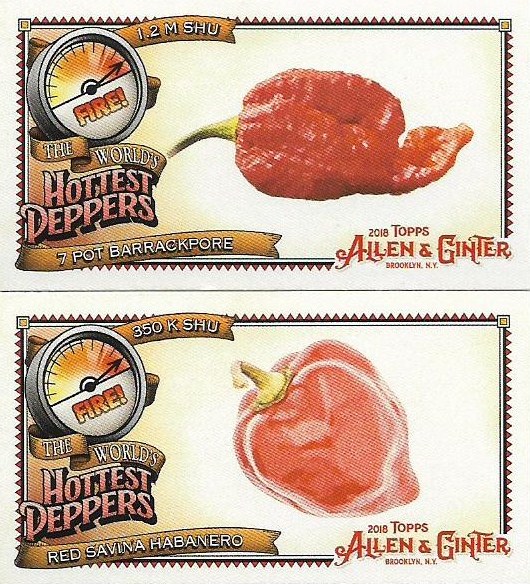 There were a few other A&G minis for my frankenset binder, but sadly none of them made it. 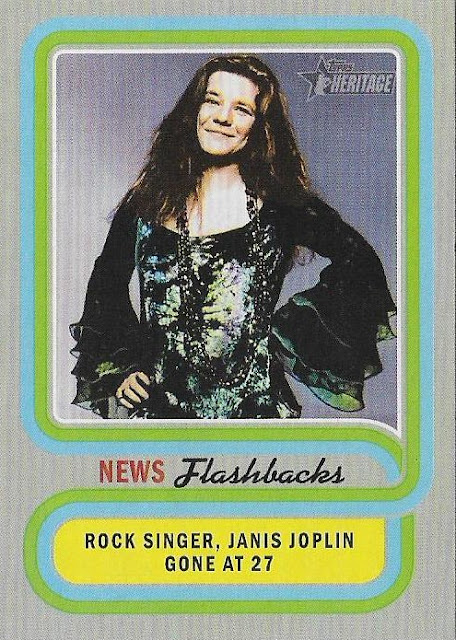 I shall end with this card. Always like the music cards.

Janis Joplin died 49 years ago this month. Can't say I was the biggest fan, but I do respect her legacy.

I probably should respect the Nationals for the legacy of the Montreal Expos. But I just can't. Not right now.

Unless they happen to play the Yankees in the World Series.

Then I'll respect the f*ck out of them.

BaseSetCalling said…
Another double First Basemen card and still Topps passes on the obvious headline for it.
October 16, 2019 at 10:36 PM

Fuji said…
I enjoy collecting Expos, but don't include Nationals. But I'm happy for Kurt Suzuki and Max Scherzer... and for Nationals fans in general.

P.S. That Buehler Heritage Rookie Performers card is beautiful! Love how colorful it is.
October 17, 2019 at 8:38 AM