Congratulations! You have just received a card that involved thought 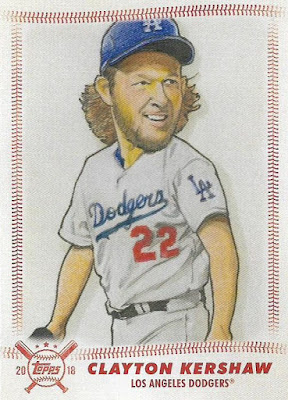 When I first returned to the modern card world in 2006, I knew a "hit" as a card autographed by a player or a card containing some bit of baseball residue, usually a piece of a player's uniform.

As the years moved along, that definition of "hit" expanded to items that didn't seem all that special to me, such as "manufactured" relics, which came from the same source of all of other cards, the card manufacturer. Then I started watching people go ape over buybacks, like pulling a 1977 Topps card with a stamp on it was a reason to buy a hobby box.

"Hit" means a wide variety of things now. And you can be congratulated for pulling something that you didn't even know was worth congratulations.

The above card contains one of those very congratulation messages on the back. 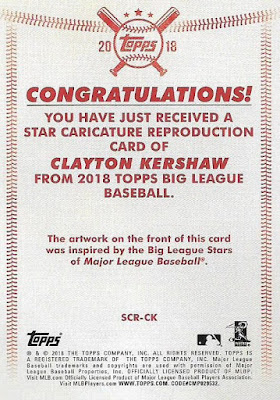 It comes from last year's Topps Big League set. This is considered a "reproduction" because there are 1/1 versions of each of these, which I assume is the original.

It's a nice card. I like "cartoon" elements on cards. I wouldn't really consider it a hit, though, as the odds say the reproductions are 1 per 8 packs. I also get the distinct feeling that I am being congratulated merely for something that involved a little extra bit of thought.

This is another development of the modern hobby over the years. Cards that look special or have a special theme or capture the imagination, are automatically not part of the base set. They are an insert or a "hit" or a short-print or a super short-print or something else that is difficult to find.

There are no Kurt Bevacquas blowing giant bubble gum bubbles in a bubble gum contest in the base set anymore.

All of the cards that aren't issued en masse, fed through the assembly line, created with an initial thought and then duplicated for however many cards are in the set, will be set aside as prizes that only the Veruca Salts of the world will get to find. And this is what it feels like, I'm Charlie Bucket, plodding along opening packs, while the big box breakers are the Veruca Salts buying as many boxes as their money will buy to discover all of the golden tickets, the cards out of the ordinary, the few that you can look at and think immediately: "well that took a little thought."

Allen and Ginter issued a manager mini set a couple of years ago. That seemed special to me, something I might be interested in collecting. There isn't a ton of thought behind it because for goodness sake the whole lineup of managers were included in base sets many different years. But, sure, I'll go for your mini manager insert set.

There goes that idea.

Fortunately, I run a blog and people send me things. The Big League caricature Kershaw was sent to me by Brian of Base Set Calling.

He also sent a couple of other Kershaws: 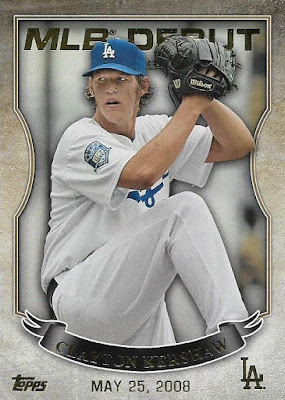 I now have all three Kershaw MLB Debut parallels of an INSERT SET. 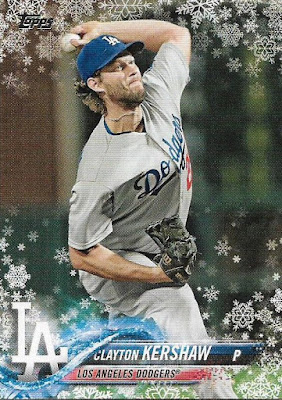 Topps changed up the snowflake pattern for 2018. Here, I'll show you the difference (you don't get this stuff on any other blog): 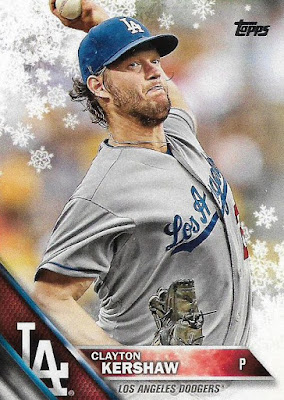 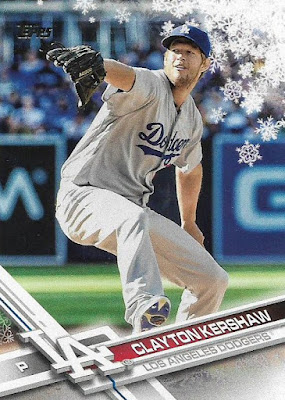 The snowflakes in 2016 and 2017 were confined to the corners with the same "falling to the ground" pattern. The 2018 pattern runs horizontally across the top and bottom. I guess we can call the 2018 cards the "lake effect pattern." 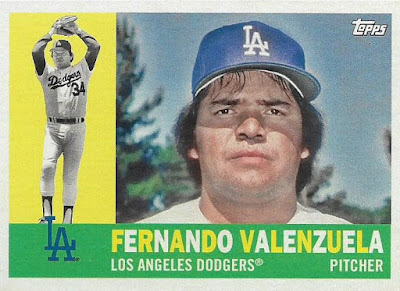 Brian also sent a Nebulous 9 need. This card from 2017 Archives took a long time to git. I'm going to blame Aaron Judge mania as that's my default for any 2017 card that I can't find. 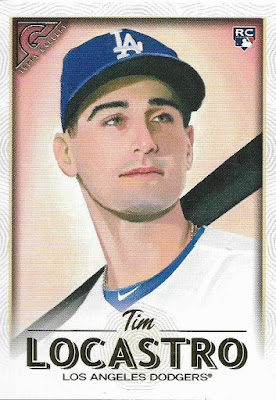 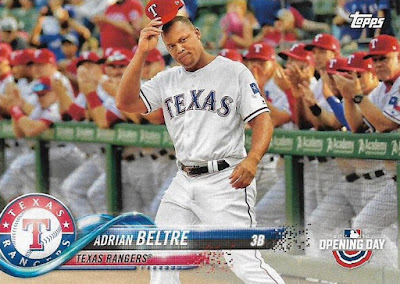 A couple of other cards Brian sent along. Locastro played 21 games for the Dodgers. I have no doubt there are more than 21 different Locastro Dodger cards.

Since the Locastro phenomenon happens every year, I'm assuming that there is a template that Topps follows with a certain number of rookies included in each set. That way they don't have to think about whether the player actually deserves the card or not.

Because for actual thought -- whether it's an idea that captures the fancy of a collector or an image created by an artist -- that's a "hit," an insert or a short-print.

And I'm not Veruca Salt (great band though). So I'll just pile up the Tim Locastros.

Nachos Grande said…
I still have zero of those Ginter manager cards. I'm an avid collector of A&G but even I can admit that Topps went much too rare on those minis (especially since the set size is one per team).
February 6, 2019 at 7:40 PM

Brett Alan said…
The more a Topps card costs, the less effort they are willing to put into the back.
February 6, 2019 at 8:06 PM

GCA said…
I've never understood why the continually make cool things like the managers or hot rookies etc. so scarce instead of making them plentiful for everyone to have. I would think they would sell more product in the long run since most of us wouldn't be discouraged from chasing due to the scarcity. It may hurt the long term value of said cards on the secondary market, but why would you cater to the flippers and not the dedicated collectors?
February 7, 2019 at 9:23 AM

Matt said…
Your association of the 2018 Holiday cards with lake effect snow made my day! Your Veruca Salt references were a close second! (Must agree - great band!)
February 7, 2019 at 9:29 AM

Community Gum said…
Maybe it's my imagination, but I think the congratulations message appears on other illustrated cards. Definitely confusing and it would be cooler to have a bio of the artist on the back.
February 7, 2019 at 8:50 PM

kcjays said…
I have one of the mini managers cards. Actually I think the set is Mini Skippers. The Ned Yost, for my Royals collection. I think I paid $10-12 for it. I'm happy to have it, but agree that there's no reason manager cards need to be SP or in this case, a SSP.
February 8, 2019 at 9:31 PM