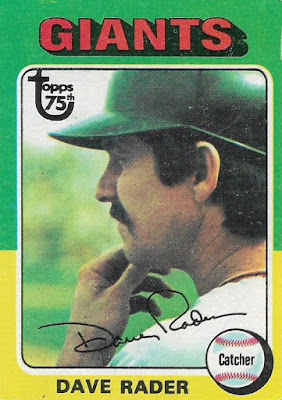 I know many bloggers also list "have lists" in their want lists. It's a convenient way to address sets in which you're far from your completion goal. Who wants to type in all those numbers?

But I can't help but think that no one calls up a want list to see "haves". They want to see "wants"! What does this dude want! 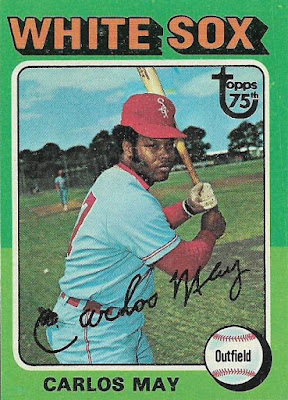 A "have list" is actually no strain on the person viewing the list. All he or she needs to do is eliminate those "have" card numbers when they're searching through cards. It feels a little backwards when I'm looking at "have lists," but really it's no sweat. Often it's a lot more fun than attacking a "want list" because the "have list" collector needs so many cards! 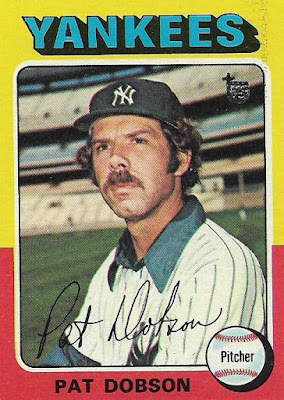 Still I have a difficult time creating a "have list" on my main "want list." I'm not sure of the reason why. Maybe I'm too much a stickler for the literal meaning of the title at the top. It says "WANT list," man. It's supposed to be full of wants. What happens if you start mucking it up with ownership and possession and nine tenths of the law? Airing your haves? It's all so boastful. 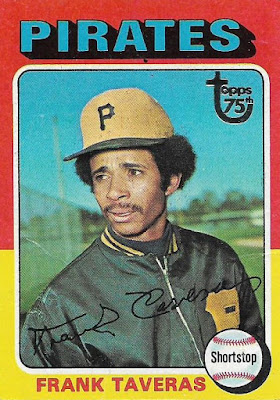 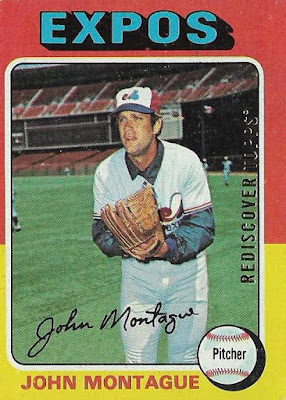 So, yeah, I type out all the numbers. If I'm going for a set of 600-plus cards and I need 400 of them, I'll type out every card number I need. Either that or I just won't put up a want list yet. If I haven't obtained close to half of them, can I even claim I'm trying to complete it? 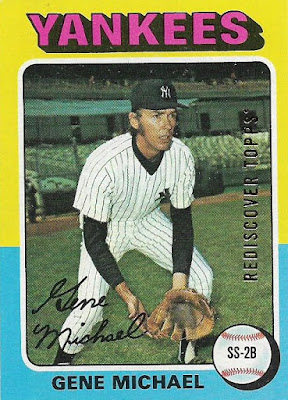 So there is just one set on my want list that's actually a "have list." That set is my collection of 1975 Topps buybacks. 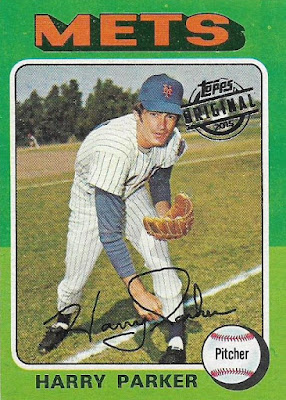 Because I started from zero with this buyback set and it seemed like such a quixotic mission, I made an exception for it. Normally I wouldn't bother putting up a list at all. With just 15 or 20 or 25 percent of the set completed, it's kind of audacious to think I could complete that.

But my excitement over finding another way to collect my favorite set of all-time -- and for actually finding a use for these ridiculous buybacks that makes sense to me -- caused me to put up a "have list."

And it's been a "have list" since I announced I was collecting all the '75 buybacks I can.

Just the other day I received eight more '75 buybacks in the mail. And I added them to the "have list." I now own 41 percent of the set (there I go bragging), but I need 59 percent more of the set (I have so little). 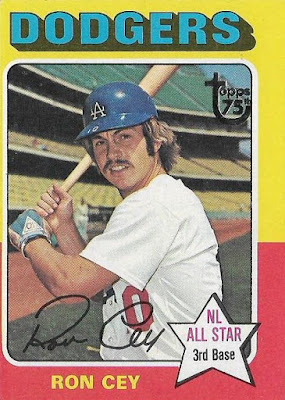 Well, with the acquisition of the Ron Cey '75 buyback I am tempted to change it right now. This is definitely a milestone in my journey to "complete" this set. Wouldn't that be a nice way to commemorate it?

But I won't do it just yet.

I think I'll wait until I've completed exactly half of the '75 set, when I get to 330 cards. That will likely be more than half of the buyback set as who knows how many that actually is -- something less than 660 most likely. But in fantasy land, 330 will be half and that is good enough for me to air my '75 buyback wants out in the open.

Old Cards said…
I wish you the best, but the appeal of a set of identical looking cards with the exception of a stamped logo on the card escapes me.
February 28, 2019 at 8:01 PM

Scott Crawford said…
May you be at this long enough to have changed multiple '75 buyback sets (because, when you finish this one, it's gonna start nagging at you that they're from however many buyback sets you Frankensteined it together from) from have lists to want lists.

Do you have a breakdown yet of how many cards you have from each buyback year, or are you trying to block that out?
February 28, 2019 at 8:12 PM

Johnnys Trading Spot said…
I use both (haves and wants) for the very reasons you stated. I am slowly but surely converting them. You see if you type out the numbers once (on each page) and keep it at the bottom then all you have to do is copy and paste the numbers.
February 28, 2019 at 9:20 PM

But looking at it my '61 Stamp list is both, have list AND want list. But in my defense it's a weird 'set' to be chasing since there are more stamps for some teams than places to glue them.
February 28, 2019 at 11:49 PM

Bubba said…
My reasoning for want lists over have lists is the simple joy of being able to cross things off or delete them.
February 28, 2019 at 11:56 PM

Nick Vossbrink said…
My Google Sheets checklists function as both want and have lists. I do link to those from the blog but I also use them to generate blog-based want lists because it's easy to run a filter and copypasta the results.
March 1, 2019 at 7:49 AM

GCA said…
If it's a big base set, I keep a number grid printout until it gets down to a typable amount of numbers.

Otherwise, I'll group big batches together in the list "295 thru 342" etc. I don't like typing out more than eight or ten consecutive numbers. It can be kind of a pain if you only get one card in the range later. Then you have to separate them into two ranges.

I do make all my Have lists a distinctly different color and preface them with "HAVE", otherwise, people will send me cards on the list even though it says HAVE.
March 1, 2019 at 11:08 AM

AdamE said…
I wish that when I started my want list I had just crossed off the cards that I got rather than deleting them, that way I have both a want list and a have list at the same time.
March 1, 2019 at 1:46 PM

Robert said…
The last time I updated my want lists, I went strictly to the want list format such as you have. I had too many people sending me cards that I had on the have lists.

I'm sure it was confusing.