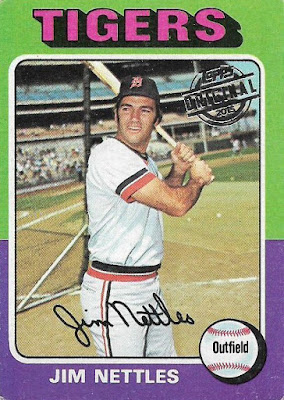 I am far enough along in my mission to collect one buyback version of every card in the 1975 Topps set that I keep seeing the same '75 buybacks available.

People sometimes offer me spare '75 buybacks they have lying around -- because really, what's anyone going to do with one of those fiendish stamped cards -- and I have to tell them I have them already.

There are still plenty out there that I don't have, which is reassuring in a weird way, but I still am surprised when I see a '75 buyback available that I don't already own.

This happened recently when Commish Bob of Five Tool Collector and Talking Heads and Horizontal Heroes and '59 Topps (gee, I thought I had a lot of blogs) sent me a picture of a few '75 buybacks he had. "Need any of 'em?" he asked.

I looked and thought, surely I owned these. A couple were favorites from back when I was a kid. Had to have nabbed those already.

But after double-checking my want list, it turns out I needed all three! A miracle! I think that was the highlight of my entire week.

So Jim Nettles above and these two guys below ... 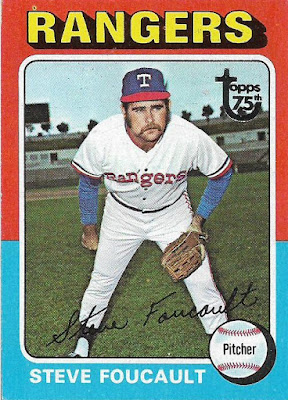 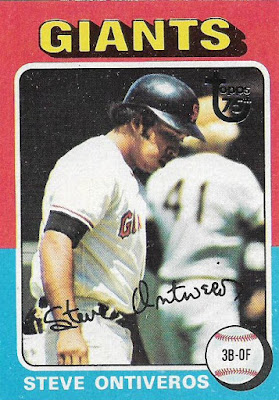 ... were added to my '75 buyback quest. The Foucault and Ontiveros bring me right back to 1975 and all the collecting memories associated with that year. The Steve Foucault card single-handedly made me a Rangers fan that year. (P.S., yes that's Jerry Reuss in the background of the Ontiveros card).

That's 40 percent rounded off to the nearest hundredth.

Fortunately, not long after Commish Bob's cards arrived, some other '75 buybacks became available on Twitter. In fact, Brian of Highly Subjective and Completely Arbitrary turned me on to them. Tim of Big Shep's Cards was offering them up.

I took a look at the four cards available and I needed two of them! Weee!

Those two cards arrived just the other day: 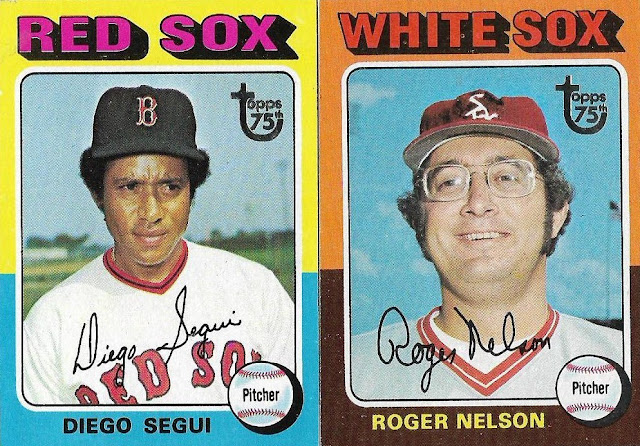 So with these two cards my total is 264 from the set in buyback form.

(P.S.: A few other cards from Commish Bob: 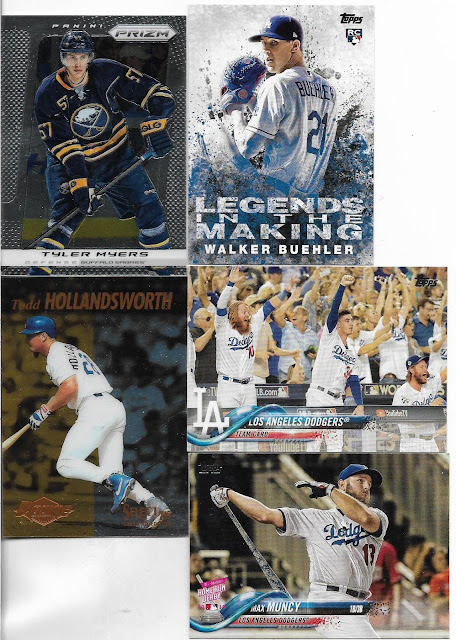 Adam said…
You should get a medal for chasing down that many buybacks from one set. That's not an easy accomplishment.
February 4, 2019 at 7:46 PM

Steve Gierman said…
Very nice cards! A lofty but admirable goal. I believe you will complete it.
February 4, 2019 at 8:58 PM

Fuji said…
Congratulations on reaching that milestone! As for the cards, I had to do a double take when I saw your Ontiveros. I remember the other Steve Ontiveros who pitched for the A's in the 80's and 90's. Thought they might be related, but I guess it's just two guys with the same name.
February 5, 2019 at 12:09 AM

Michael Ott said…
Very impressive indeed!
I think Topps could open up a nice new revenue stream by offering to apply buyback stamps to user-submitted cards...
February 5, 2019 at 10:57 AM

Henry Blanchette said…
I become more and more surprised with the progress that you've been making with the '75 buybacks, but reaching 264 total cards or 40% of the set is crazy. Love the Ontiveros, by the way.
February 5, 2019 at 2:56 PM

Defenders50 said…
The 1989 buybacks that will roll around in about a decade are going to be annoying.

That said, this is a really cool project and it's incredible that you're already this far into it. It's such a colorful set. Topps better figure out how to get that much color into its modern sets.
February 7, 2019 at 4:58 PM