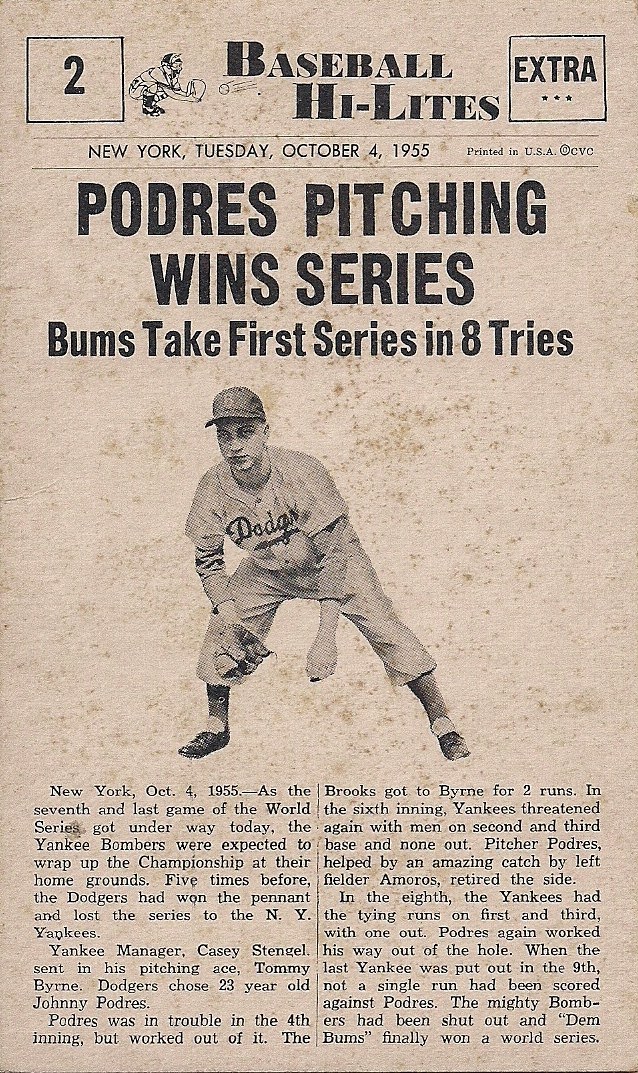 I have a lot of items to tie together today. And it's a holiday weekend, so I'll try to make this brief.

First, gaze your eyes upon this beauty (like you can turn away, I scanned this mega size so you wouldn't miss it). I received this from Matthew, who found it at the National. It's a Nu-Card Baseball Hi-Lites card from 1960, meaning it's not your average size. It's 3 1/4-by-5 3/8 large. (The 1961 cards are standard size).

It's also the "black-letter" variation as most of the cards feature headlines with red type. The first 18 cards are printed with red type or entirely in black, like this one. You can read the write-up on the bottom if you like. Only a sports editor like me would cringe over the way it's written.

As you know, I love newspaper-themed cards and any new version that I get makes me want to set up a display of newspaper-style cards. But don't start sending me more. I'd have to clear any grand display with other people in the house first.

OK, on to other matters:

The voting for the best Hal McRae Topps card of the '70s wrapped up a couple of days ago and this is how it went down: 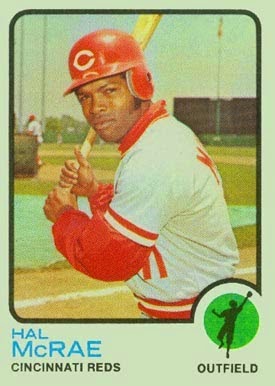 My guess is Reds fans voted for this one. Or maybe it's Shea Stadium fans. Or '73 Topps fans. Or batting helmet fans. Or tarp fans. Or flag fans. So many ways to go here. 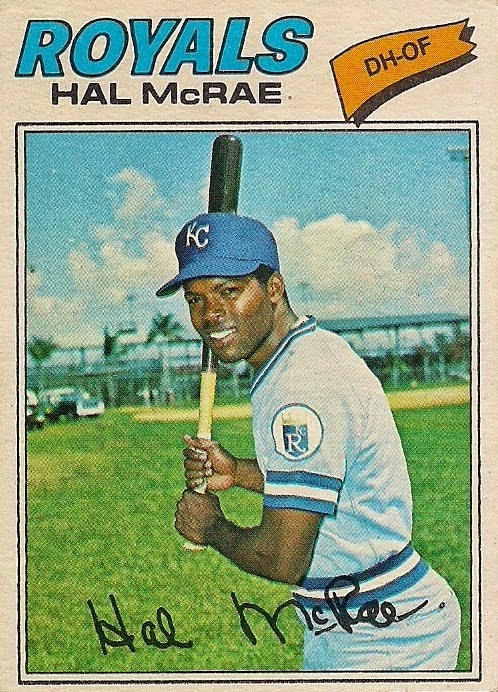 Great-looking card that I found myself secretly rooting to win. It makes me want to go down to Florida right now. Except that wouldn't be good because it's probably a blast furnace there now. 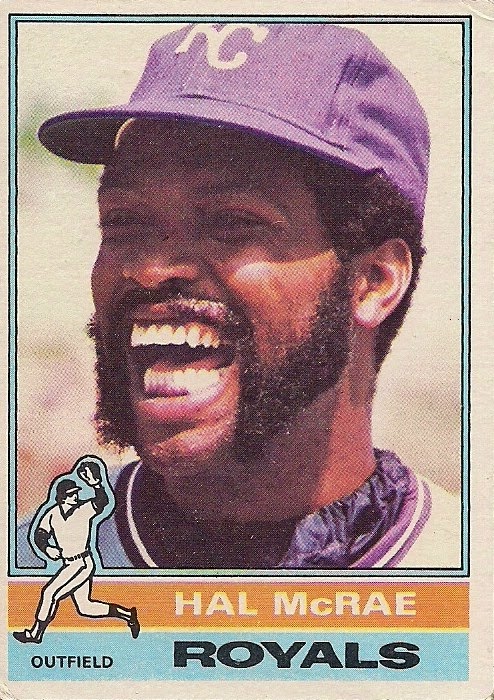 OK, I take back what I said about the 1977 McRae. Anyone who didn't vote for this card hates laughter and puppies and excellent dental grooming.

How could you not vote for this card?

Not only is it the best Hal McRae card of the '70s, but I assure you that it will make an appearance in the Top 100 cards of the '70s countdown.

Very slowly. I'm so lax in everything.

I've started compiling a list of candidates, but I still have about two-thirds of the decade to go. I've also started going through the three '70s Topps sets for which I don't have all the cards -- 1970, 1972 and 1973. I'm going back and forth over whether I should start this countdown before I've acquired all of the cards that will be in the countdown. 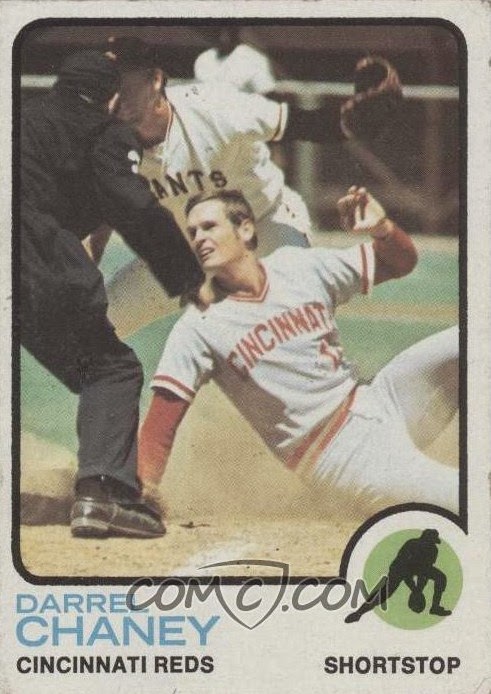 For instance, I'm reasonably certain this card has a good shot at making the top 100. But I don't own it, and who wants to see an advertisement for somebody in a countdown show?

So I'll think about it for a little bit. If there aren't too many cards to obtain, I might wait until I obtain them all before I start the show.


3. THE CARD PACKAGE EMBARGO IS ALMOST OVER

For you observant types, you probably knew this already. After all, if I have money to buy a jumbo pack of Chrome then I must be swimming in cash, right?

Well, no. But I can see a time when packages might start heading out the door again. Within the next week or so.

Because of this, I have started packaging up cards in preparation. 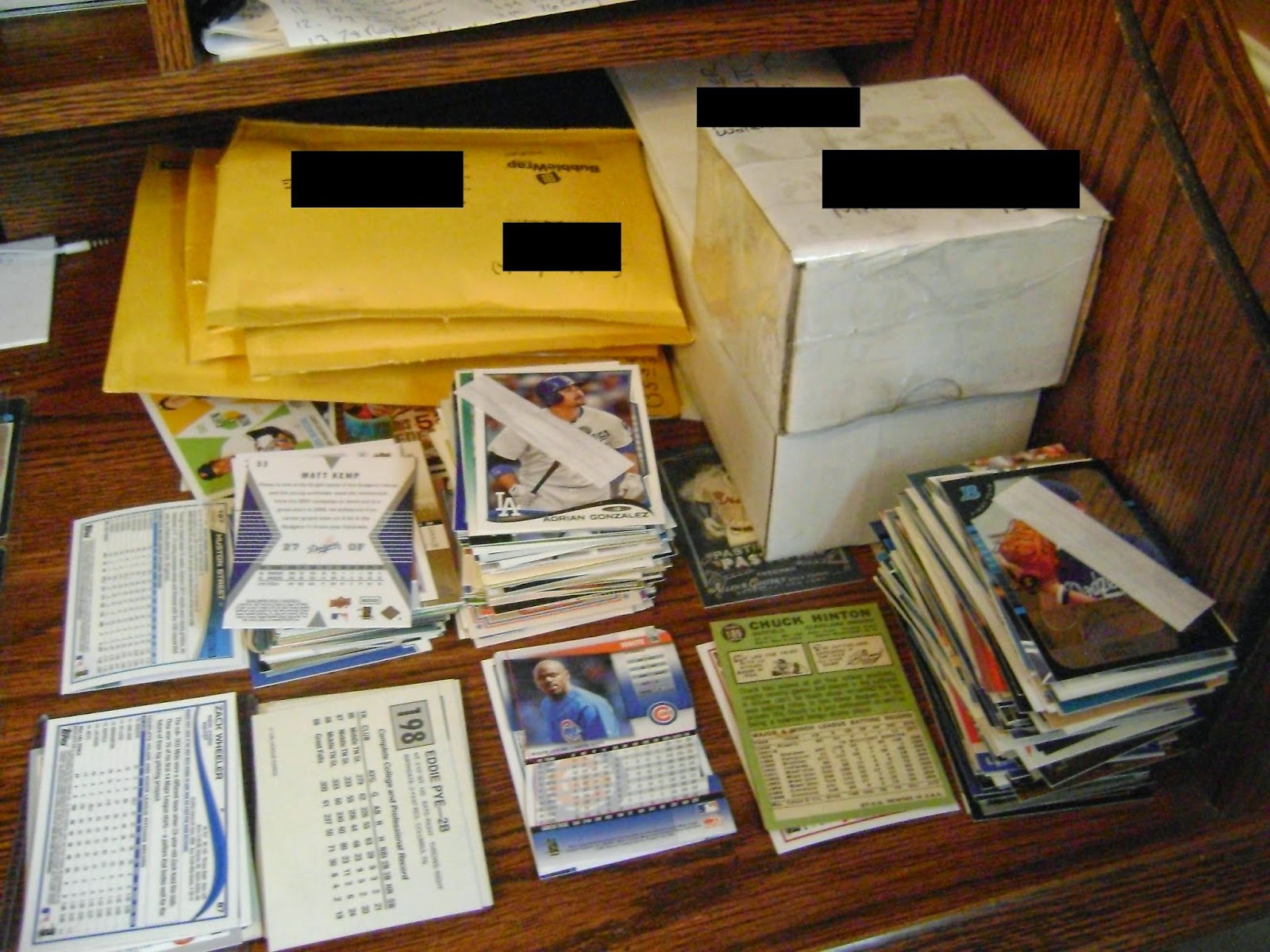 The lucky folks are the ones with addresses on the envelopes or boxes.

The slightly less lucky folks are the ones who have cards stacks in their name (there are some stacks buried by packages). I'll be getting to those (and adding to them) after the other packages head to their destinations.

I appreciate everyone's patience and their willingness to send me cards when I couldn't send them. Everyone's been great as usual.

This isn't related to any of the above, but if you are a fan of the 1970s, and haven't already watched the documentary "The Battered Bastards Of Baseball," get on Netflix and save it for viewing.

The documentary, which is about the independent Portland Mavericks that existed from 1973-77, is one of the best sports documentaries I've ever seen. It blows away any of those 30-for-30 ESPN things. It was fascinating. It's basically the Moneyball story, except without complicated mathematical formulas. And much brighter uniforms.

The best part might be the color game footage that's featured throughout the movie. If you never experienced baseball in the '70s, let me tell you it was something like this: 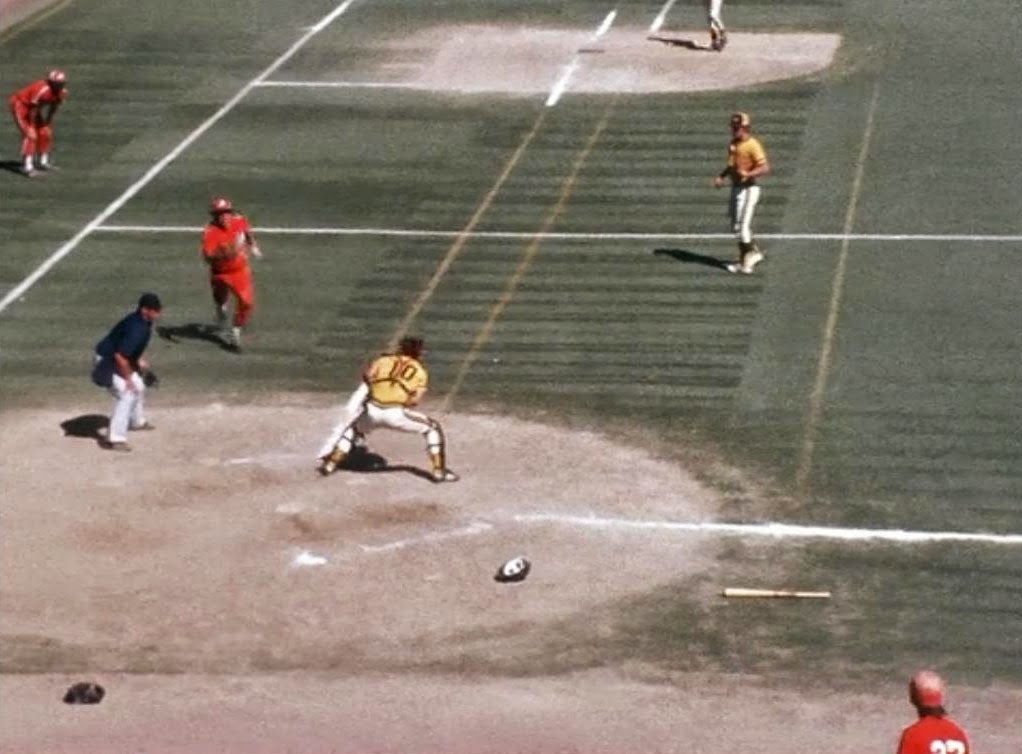 That's the Mavericks, playing in what they called "streetwalker red" uniforms.

They played on artificial turf, with lines drawn on the "grass" for other sports, in a stadium that looked like it was leftover from the 1930s.

The '70s was a true clash of old world vs. new world, which is what made it both great and awkward at the same time. 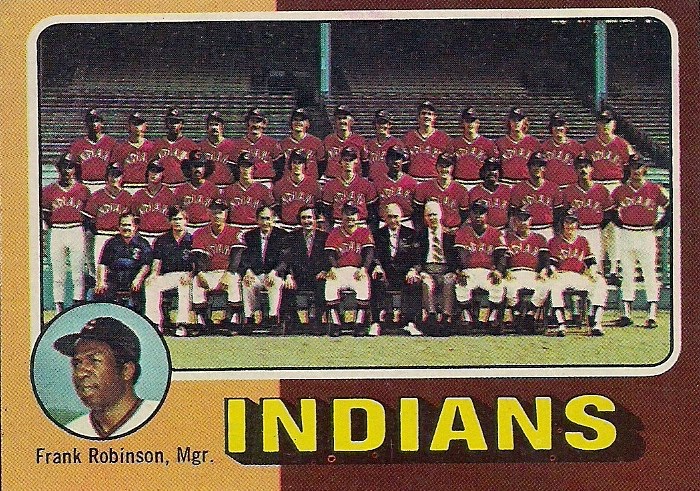 Anyway, I enjoyed the documentary a lot.

And I hope you enjoy the rest of your holiday. Watch some baseball while you're at it.

JediJeff said…
FYI - the Portland Timbers of the MLS currently call the old Maverick's field home.
September 1, 2014 at 2:55 AM

Nick said…
I'll have to check out that documentary. I'm always on the hunt for new baseball-related items to watch.
September 1, 2014 at 3:50 AM