I used to love Chrome. Really, really love it. And if you've read this blog for more than a couple of years, you've seen my drooling posts.

Chrome is very difficult to resist. How else is Topps getting people to buy the same cards that are in the base set for the 19TH YEAR IN A ROW????

Chrome is the intoxicating woman spotted at the night club. You know you shouldn't. You know it will end horribly. But, yet ... you're in. Hopelessly. In.

Fortunately, the last couple of years I've managed to keep my distance. I've limited my pack purchases of Chrome to just a rack pack or two. And after two years, I thought I had become immune to Chrome's siren song.

In Walmart, hiding behind the discarded shopping carts (why is the card aisle the place where Walmart employees feel they can dispose of carts full of random goods? There are collectors walkin' here!!!) I heard Chrome speak to me and I instantly grew knock-kneed. I hadn't purchased cards in a month. But $9.98 later -- that's 62 cents a card -- a Chrome "value pack" was coming home with me.

We were in a relationship. Again.

I didn't expect this to end any better than the previous relationships. I expected a lot of oohing and aahing followed by a lot of cursing and yelling.

But for a moment -- for a brief wonderful moment -- I thought Chrome and I were going to become an item. 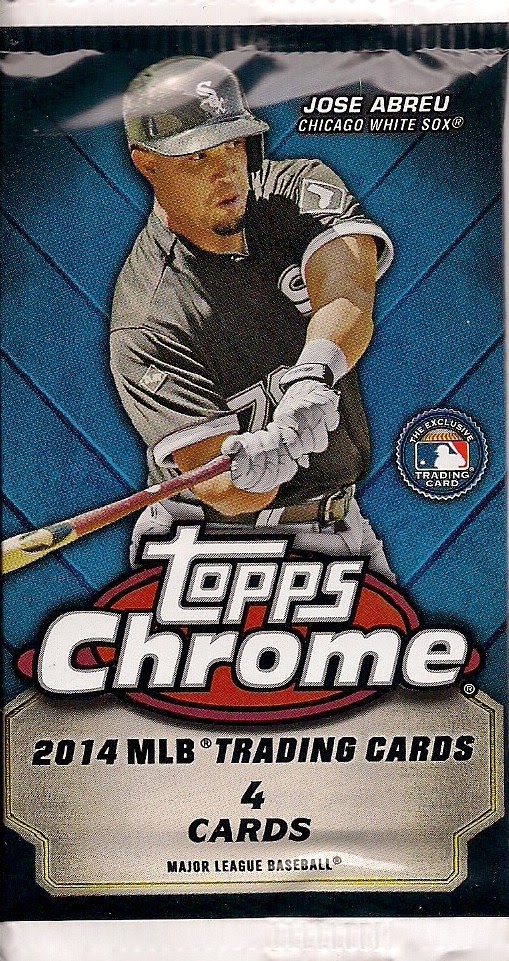 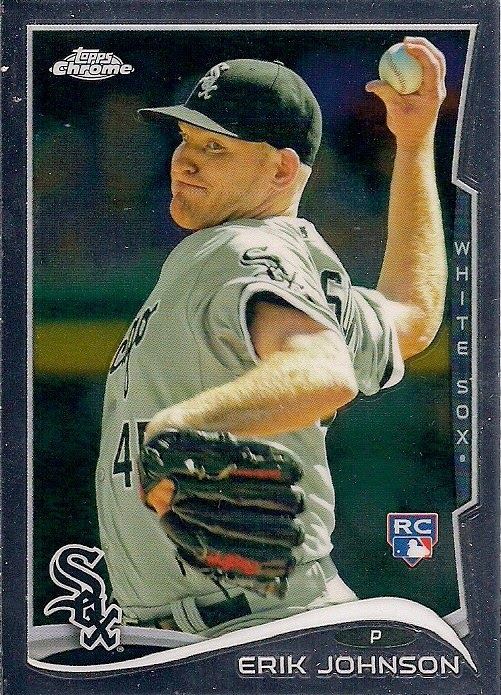 White Sock on the wrapper. White Sock first card out. That's all I've got to say. It's the White Sox.

I've pulled Nationals regularly in each of the last four years of Chrome. This is one of the big fights I have with Chrome. How do you expect me to get close to you when you keep boring me with your Nationals? 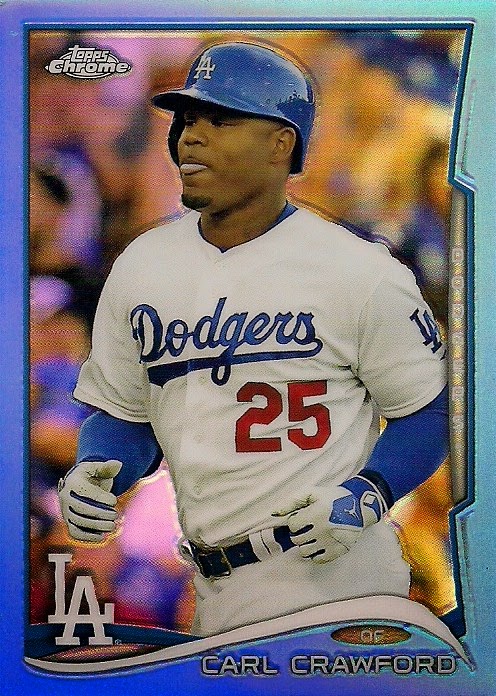 Wow. I think Chrome wants to be more than just friends! I realize these blue borders from the last two years are pathetic diluted versions of the wonderful Chrome blue borders of the past. But I will not complain about suddenly feeling good about shelling out 10 bucks for this.

Chrome, please. Enough with the Nationals talk. You were doing so well. 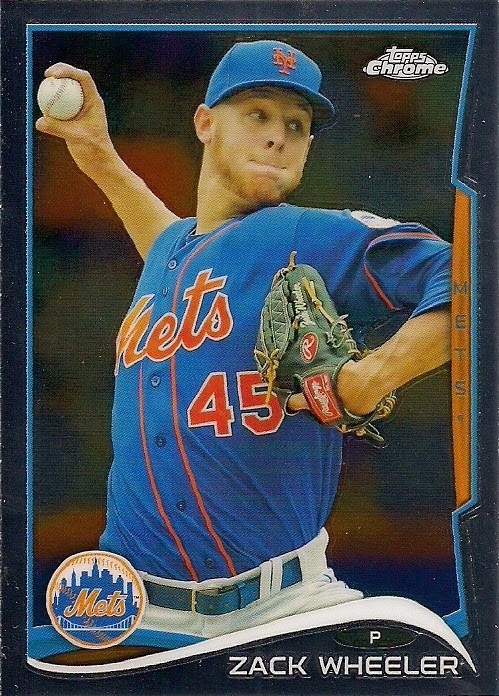 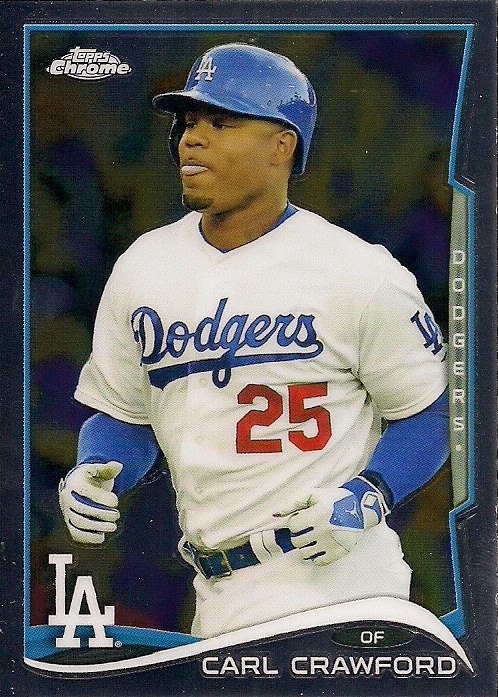 Awwwww. Isn't that sweet? Chrome found a regular Crawford to go with my blue border Crawford. Chrome really likes me. 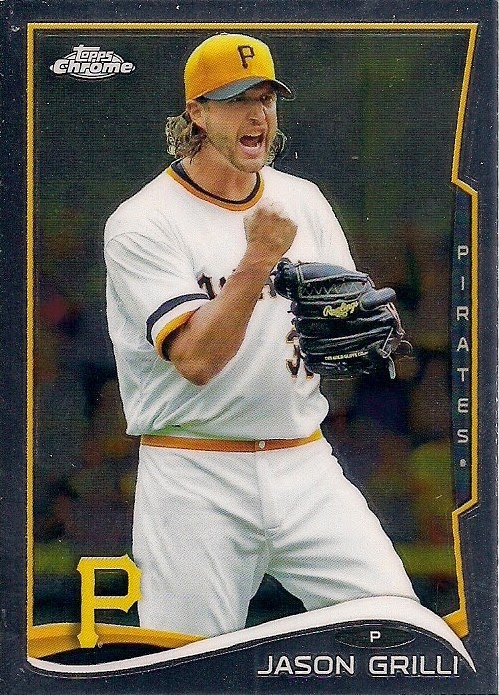 Not the most exciting pack. But Chrome is still holding my interest. 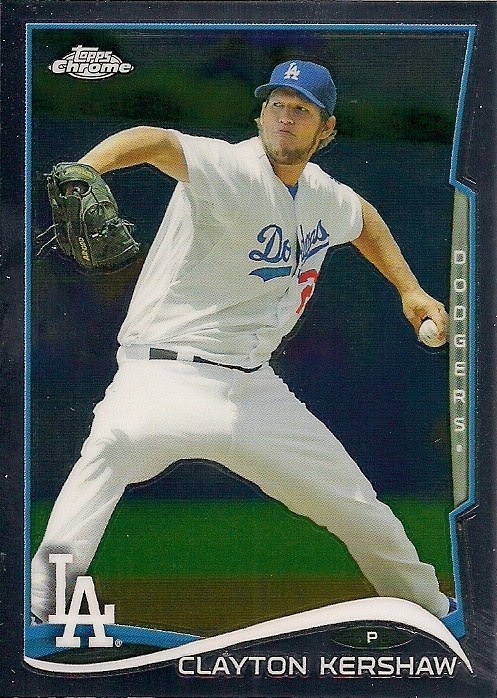 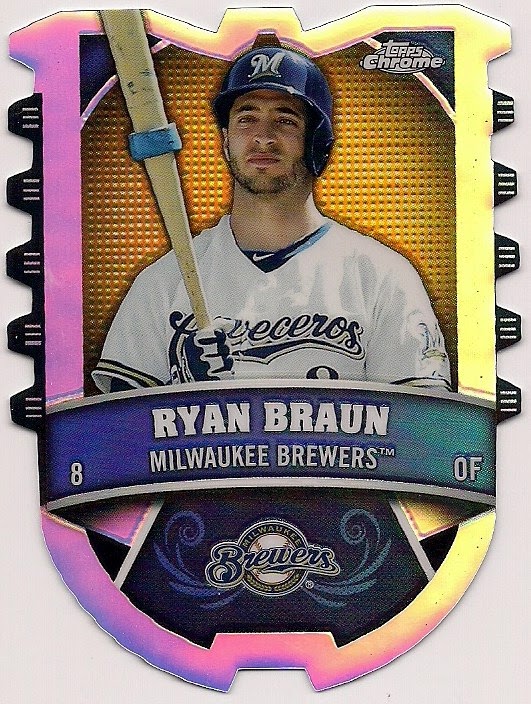 Sigh. This is what Chrome does. It teases me with a Kershaw and then throws one of my least favorite players in my face in a fancy diecut design.

As usual, I will have to get rid of this card as quickly as possible. And now Chrome and I are having a fight. 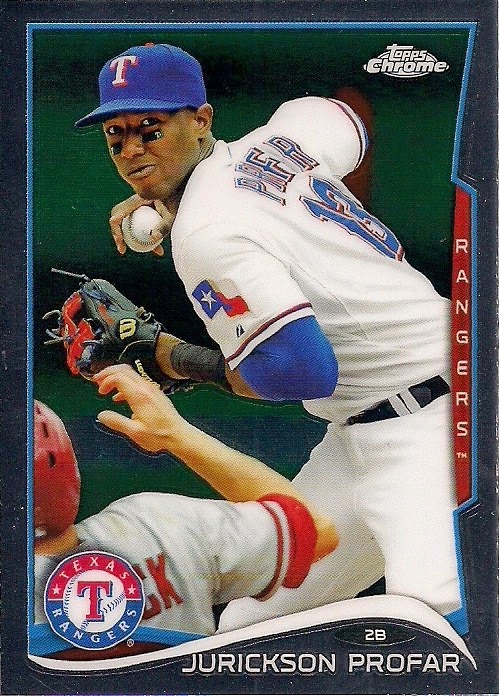 Giving me back-to-back Rangers isn't going to mend things, Chrome. I'm not Play At The Plate.

OK, this is where the relationship usually ends.

I have terrible luck with orange refractors. I never pull Dodgers. Yet I pull an inordinate number of Cardinals and Reds, or worse, teams I cannot trade like Mariners, Marlins and Nationals. You should see the blow-ups Chrome and I have when I suggest creating orange refractors with no Mariners or Marlins in them.

Usually, the orange refractors result in me storming off and vowing to never buy Chrome again. 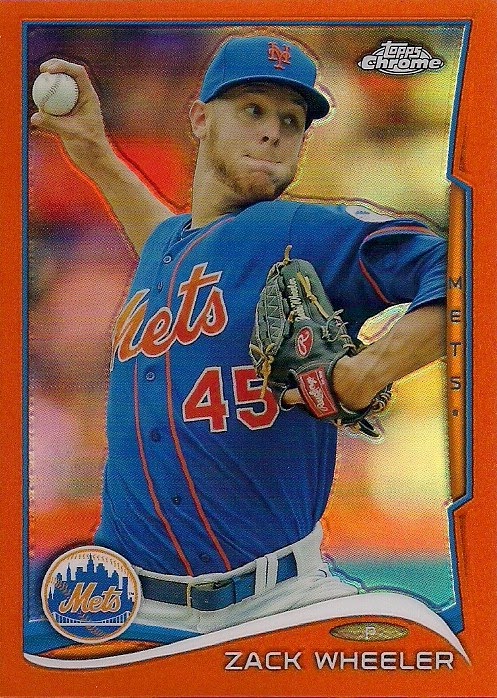 Wow. At least Max is getting lucky. 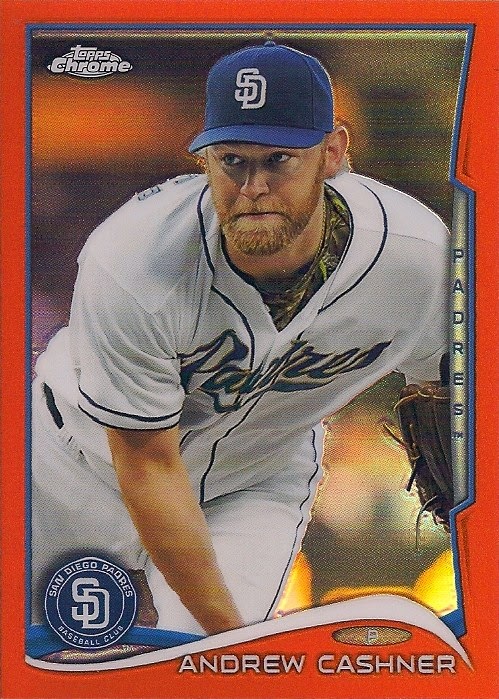 Ow. Ow, ow, ow, ow, ow. Cashner faces the Dodgers tonight. He already owns the Dodgers. Based on me pulling this card, Cashner will now throw a no-hitter and hit three grand slams. 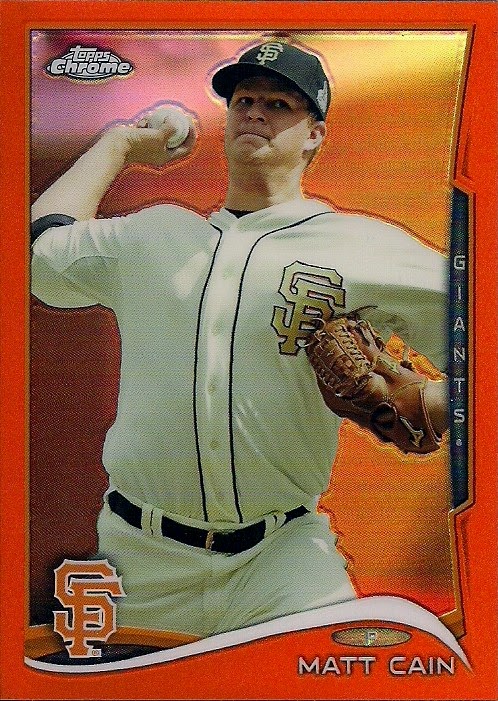 YOU COULDN'T LEAVE WELL ENOUGH ALONE! NOOOOOOOOOO!!!! YOU GAVE ME DODGERS AND THEN THREW GIANTS AND PADRES IN MY FACE!!!!!!

jacobmrley said…
Max has bought chrome dinner and invited her up for coffee. Orange and base Zack would look lovely having breakfast with me in the morning. I think the fantastic Ron Cey card I just sent you should more than pay for the evening.
August 29, 2014 at 10:59 PM

Anonymous said…
Mildly interesting observation: They're not using the "Future Stars" banner, at least not on the Zack Wheeler card.

arpsmith said…
I wouldn't mind that Orange Cain! Nice pull with the blue. I watched a YouTube video of a 2 hobby box break with no color parallels.
August 29, 2014 at 11:50 PM

Stubby said…
I think Wal-Mart does the thing with the carts to discourage shoplifting. I know some of the packs have that security strip in them but, really, have you ever seen a Wal-Mart "greeter" chase down a kid on the run? They do the same thing at my Wal-Mart and what it does is box you in, making it very difficult to get to, thus discouraging shoplifting. It discourages buying, too, but there are always going to be enough card junkies willing to make their way through the shopping carts.
August 30, 2014 at 3:50 PM