Why you should root for the Dodgers tonight 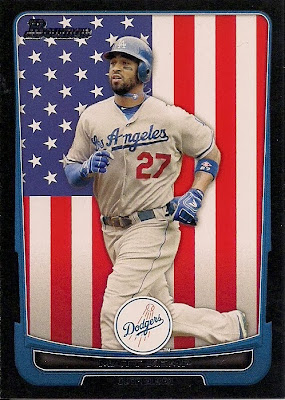 I'm pretty certain that by this point in the postseason, every baseball fan has settled on "their team" for the playoffs, whether or not "their team" has been eliminated already.

But on some off chance that someone turns on the TV tonight and has no earthly idea who to root for in Game 6 of the NLCS or the rest of the postseason, I am here to help with my own biased brand of baseball card illustration.

I think you should root for the Dodgers. It's rather clear cut.

So here you go. This is why you should be rooting for a Game 7: 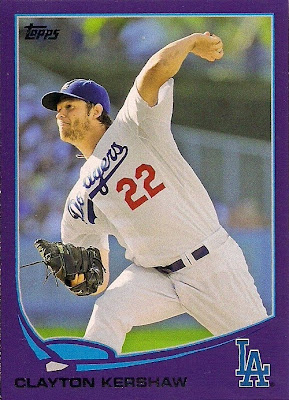 Not only is he almost the consensus best starter in baseball, but he might be the best human in baseball. Be as snarky as you like, but Kershaw won't acknowledge that. He's a God-fearing millionaire who isn't afraid to spend his money on the less fortunate. In short, he tries to be the best in everything he does. That's pretty cool, and worth backing. 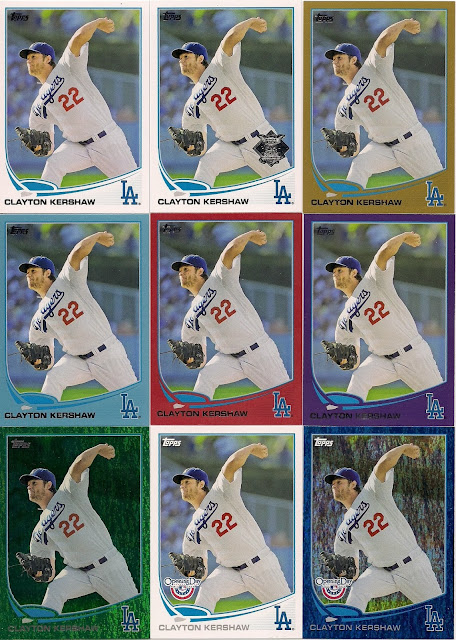 Only about 46 more parallels to go -- all much more difficult than obtaining these. 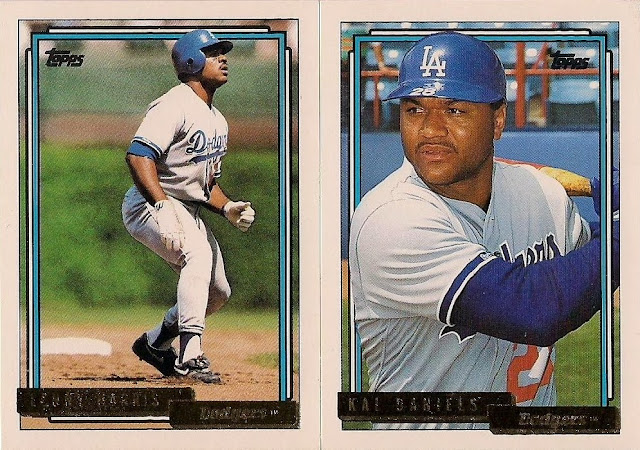 Three of the four teams left in the postseason have been to the World Series in the last nine years. All three of them have each done so more than once in that time. As much as fans of those other three teams dismiss this argument, there is a natural tendency to root for the underdog, and in this case, the underdog is the team that hasn't been to a World Series in 25 years.

Others will argue that the Dodgers aren't underdogs because they have the biggest payroll in baseball. But basically, people will produce whatever spin they want to support their argument. Hell, that's what I'm doing right now.

All I can tell you is that each of the players above, Harris in 1988 and Daniels in 1986, began their careers around the time the Dodgers last appeared in a Series. Both of them are long since retired. Even Harris -- who seemed like he would play until humans featured four extra pairs of hands to handle all the additional electronic devices invented -- has been retired for eight years. 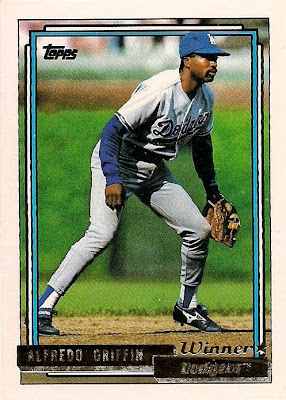 I don't expect Cubs and Pirates fans to show any sympathy, but c'mon, man, give us a break. 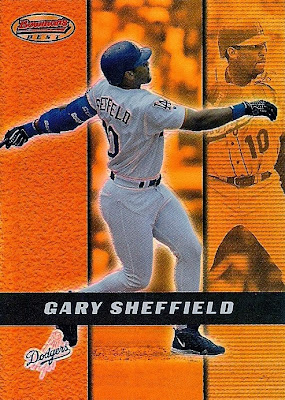 4. There are two ex-Dodgers in the TBS studio.

And they're not terrible. TBS has a history of hiring ex-athletes who are brutal on the air. Gary Sheffield and Pedro Martinez may not be the most polished commentators, but I find what they say periodically interesting. And it's obvious that Sheffield doesn't care who he offends. Steroid user or not, that's not always a bad thing. 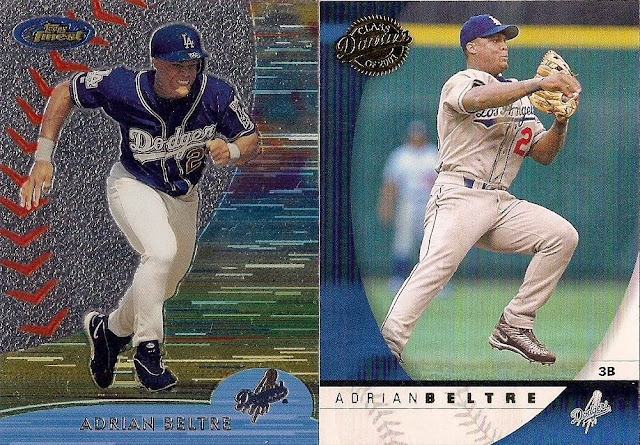 5. The Dodgers have their most lovable third baseman since Adrian Beltre.

Beltre should still be the Dodgers' third baseman, but that's another matter. Since the days when Beltre used to freak out over ghosts and people touching his head, the Dodgers have cobbled together about 570 third basemen.

I don't expect Juan Uribe to be the answer forever at third. But he's practically pulled off a miracle this year. The man I thought was a spy for the Giants for two years is now one of my favorite Dodgers. And he's supposed to be the best teammate in the world. How can you not love Uribe? 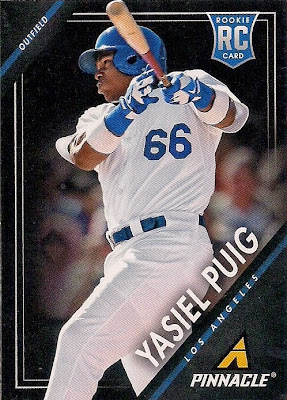 My favorite thing about this season. I still don't get why people don't like him. You could list reasons for the next two weeks and I wouldn't think any are valid. He's the most fascinating, interesting player I've seen all year. Yasiel Puig made baseball fun this year. And a lot of fun people agree. Unfortunately, I found out that a lot of baseball fans don't agree. They don't like fun. Or this kind of fun. Or fun with too much exuberance. Or fun with not the right kind of exuberance. Or not American-enough exuberance. Or ... I don't know, I'll never get it. 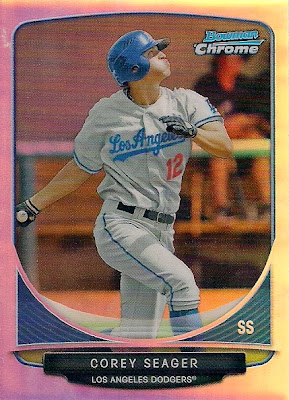 7. Some day the Dodgers will have rookie phenoms from their very own system!

OK, so you don't like Puig because he just landed in a major league uniform without paying his minor league dues. (If we've learned anything this season is that baseball is built on DUES). Well, the Dodgers are working on that! Someday they're not going to try to buy up every player and actually develop players in a rebuilt minor league system! At least that's what they keep telling me. 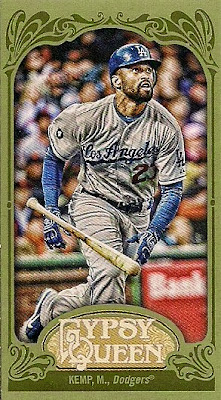 8. The ability to overcome injuries.

I am happy that for once a team hasn't used an injury plagued season as an excuse for not doing well. Sure, injuries are a determining factor. But the Dodgers lost two starting pitchers for the entire year (Josh Beckett, Chad Billingsley), their starting center fielder and best position player (Matt Kemp), one of the best players working today (Hanley Ramirez) and a damn good starter (Zack Greinke) for good portions of the season (and postseason). Throw in significant injuries to Mark Ellis, Ted Lilly, Carl Crawford and Andre Ethier and it's pretty cool that the team has gotten this far.

And those are some of my reasons, without relying on the usual "Dodgers history" crutch.

I admit there is a lot of disfunction in the above reasons. This team is far from perfect. But I like the team because it isn't perfect. The team is good and it's bad. It's rich and it's poor. It's talented and it's wayward. It's brilliant and it's dumb. It's shiny and it's too shiny. My favorite article on the 2013 Dodgers is about just that.

It feels good not to root by default.

Even if it only lasts tonight.

petethan said…
Under reasons people don't like Puig, you forgot: If you're not a Dodgers fan, he doesn't play for your team. Here's hoping we get to stave off the it's-no-longer-time-for-Dodger-baseball depression right up 'til the final game of the WS.
October 18, 2013 at 8:01 PM

Marcus said…
As a Padre fan, I can't imagine a situation where I would ever root for the Dodgers. Ever. However, if I EVER did, it would probably be because of Reason #1. Kershaw is an incredible pitcher and seems like a pretty decent guy as well.

defgav said…
Like Backstop above, as a Padre fan, I've been bred on "beat LA! beat LA!" mentality. But not having actually watched a Padre game in years now, my hatred has subsided. But I still hate St Louis. So yeah, I was definitely rooting for LA. Bummer it didn't work out. I've got very little interest in the Series now. yawn
October 19, 2013 at 11:21 AM

Stack22 said…
It was pretty much down hill after the stand off.

night owl said…
It wasn't John D'Acquisto himself. It was the person who runs instream sports. He told me he'd be using a card from my blog in the story and link to me.
October 19, 2013 at 4:05 PM