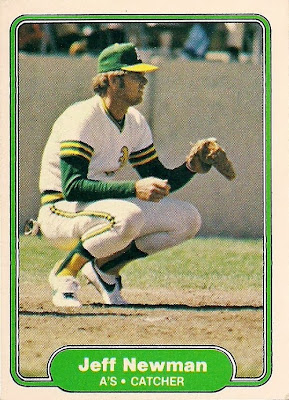 One thing that this exercise has taught me is how differently people perceive the exact same thing. It's a simple piece of cardboard with various shapes, colors and lines. But depending on the collector viewing it, it is either the best piece of cardboard ever devised or a train wreck.

So without further babbling, I will present to you the candidates for selection as Fleer's "Biggest Improvement" and "Biggest Bust." I've altered the sidebar -- something I'm loathe to do -- just so you can vote. So don't let all that effort go to waste. Be a dear, and vote (channeling grandma again). 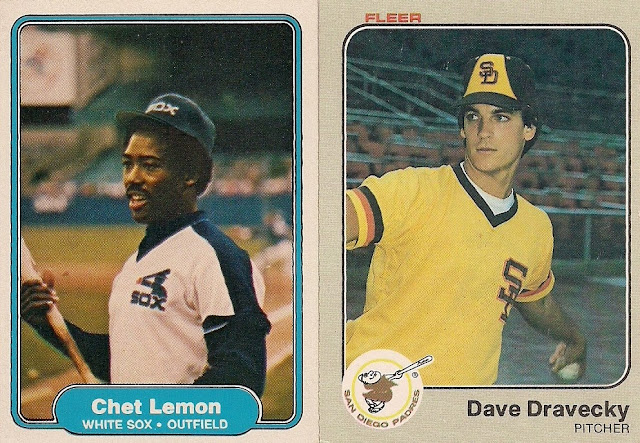 1982-83: Here is one of the finalists that appears on both lists. My personal view is that this is not an improvement. I don't like the 1983 gray borders. But there's logic to this. 1982 Fleer had a whole lot of blurry and mis-cropped photos. 1983 didn't have as many. And it had a team logo on the front. 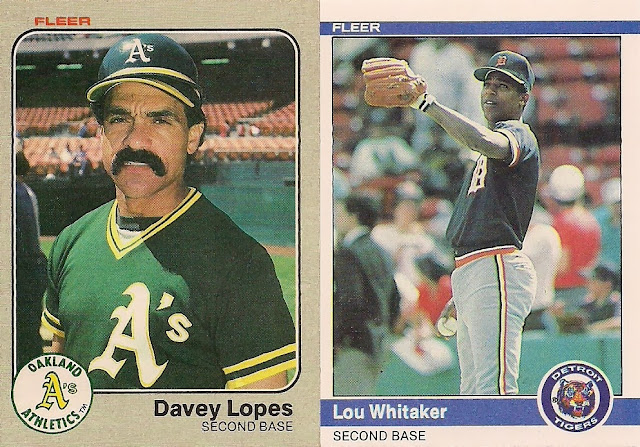 1983-84: You're seeing the divergent opinions already. 1983 Fleer was already an improvement! How can it be improved upon? Davey Lopes wants an answer! Well, if you're asking me, I think there's a lot to improve upon with '83 Fleer. And 1984 Fleer did it. The '84 Fleer set might be my most favorite Fleer set. 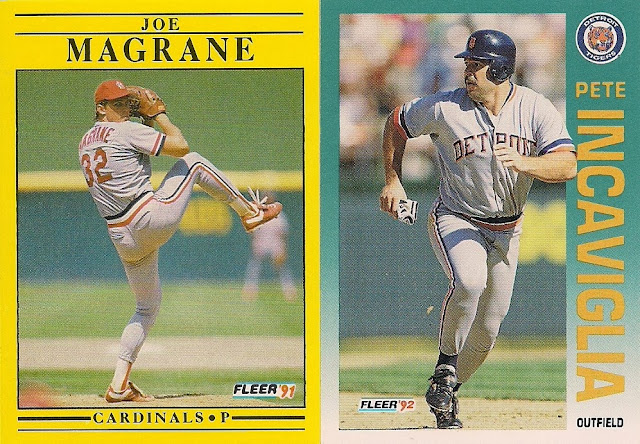 1991-92: Pete Incaviglia looks like he's trying to get away from 1991 Fleer. I don't blame him. It's unhealthy to be that close to the sun. I'm not crazy about '92 Fleer, but I understand the sentiment here, too. Anything is an improvement over '91 Fleer. 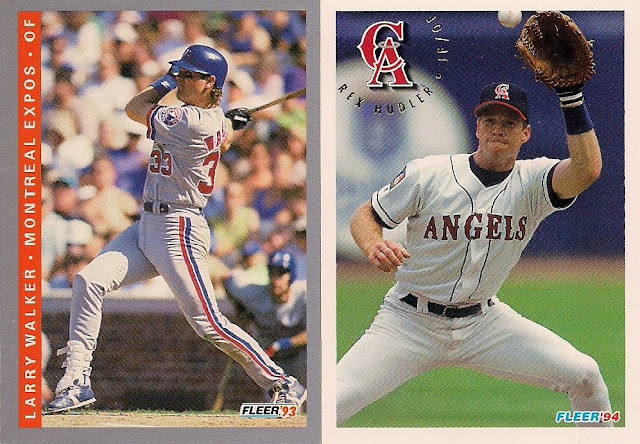 1993-94: I'm surprised this didn't get a few more votes. Gray/silver borders always suck. ALWAYS. Meanwhile, 1994 Fleer is one of the few understated sets of the '90s. Flashy collectors may not like it, but it has a definite following. 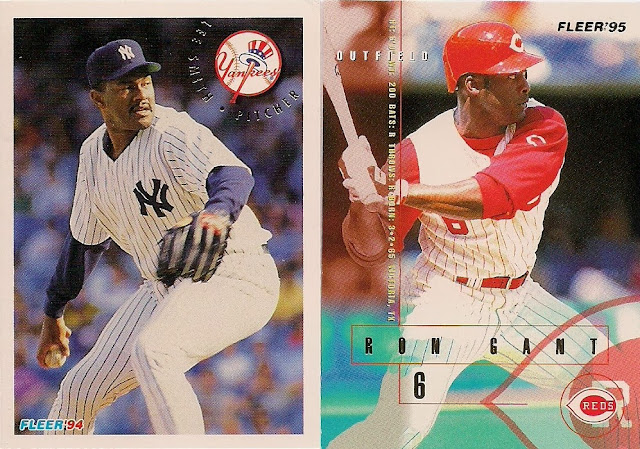 1994-95: You might need therapy if you consider this an improvement. But that's me being judgmental again. Sorry. 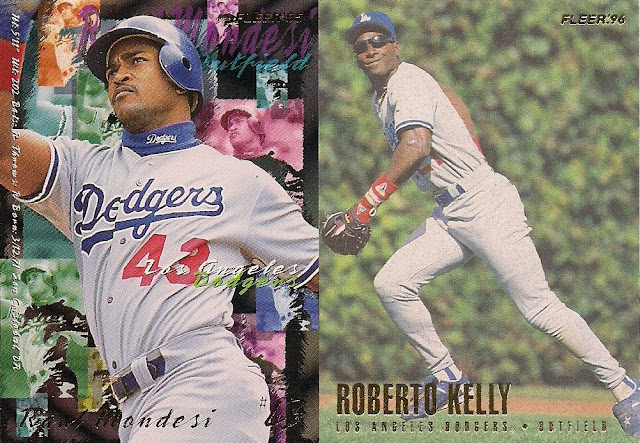 1995-96: This received the most nominations. I'm not a big fan of Fleer's matte-finish era, but I think a lot of collectors were happy that Fleer's psychotic era had ended and the company was ready to return to civilized society in 1996. 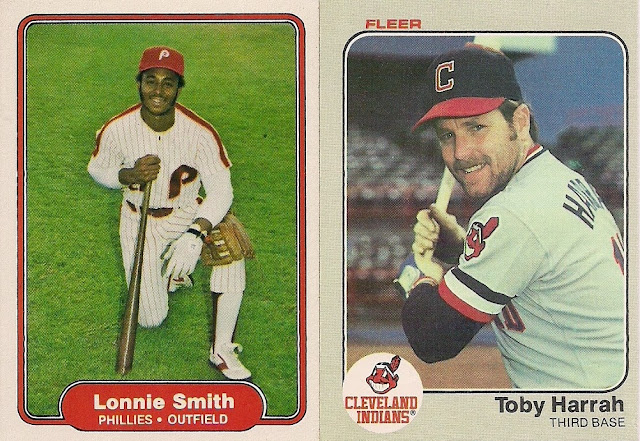 1982-83: You just saw this on the "biggest improvement" list. Crazy, huh? I like '82 Fleer better than '83 and remember being disappointed when I pulled those first 1983 Fleer out of packs. But I don't know if I'd call it the biggest bust in the Fleer era. 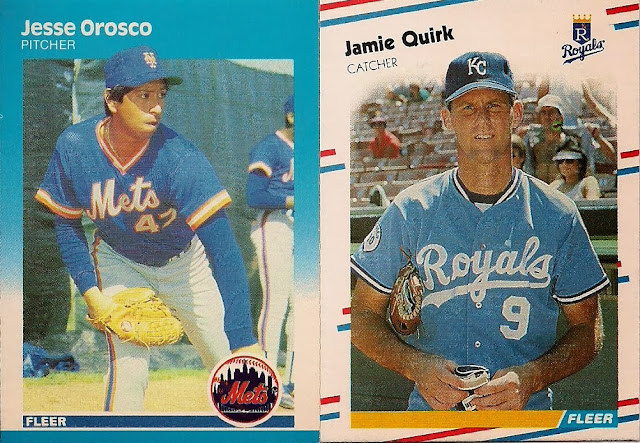 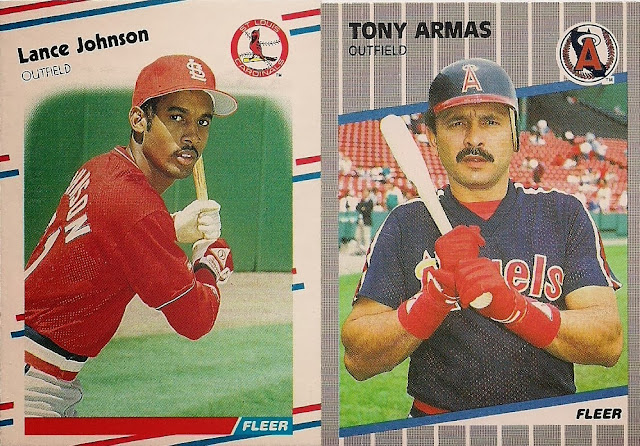 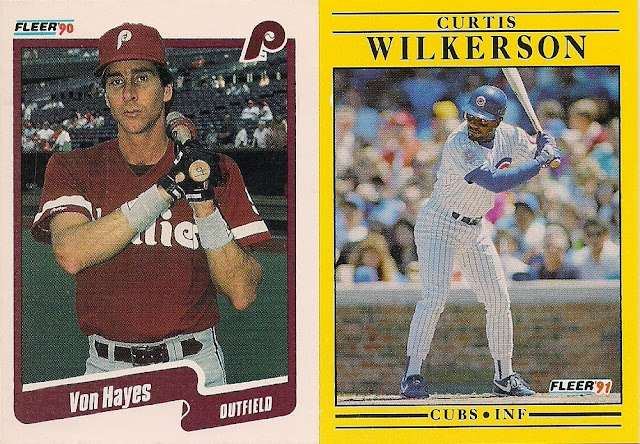 1990-91: I've mentioned this before. I didn't buy any Fleer in 1990 (I didn't buy more than a few packs of anything that year). When I was at a card show a couple years later, I saw '90 Fleer for the first time and said, "Ugh. Why would anyone collect that?" Then the following year, I bought packs of '91 Fleer and I find out what "uncollectable" was really about. 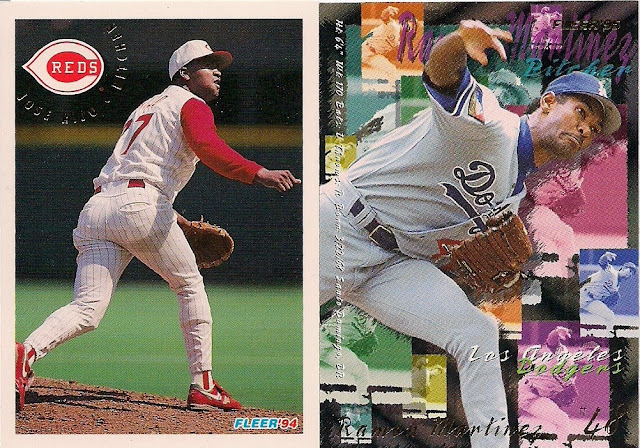 But as we've found out. Some collectors like being on drugs ... sorry, judging again.

So those are your voting options.

The poll is on the sidebar. I'll link to this post so people who don't visit every day (what's wrong with you?) can go to this post and vote at their convenience.

As usual, thanks for playing.

The 1994 Fleer set is just a gorgeous set - clean fronts, nice photos and a well-planned, color coordinated back. Some of the foil stamping has chipped on my '94 Fleer cards, but I can live with that. When the 1995 Fleer set came out, I honestly thought it was a practical joke. Sadly, it was not.
October 27, 2013 at 3:25 PM

Anonymous said…
I went with 83-84 as the biggest improvement. I think 94 is a good set, very good design. But it didn't QUITE feel like Fleer. Fleer always felt a little different, and 84 felt like Fleer taking that little bit different and making it really cool. I agree 94 was better than 93, but it just didn't really feel like Fleer. It felt like they were trying to copy off 93 Upper Deck but not doing quite as well.

JediJeff said…
I am a huge fan of the matte finish Fleer set. I love the idea - it was created to allow ease when having the card autographed.
October 27, 2013 at 7:52 PM

Rebel Coyote said…
95 Fleer is love and hate. It was experimental but look like a mess. Looks awful on baseball but looked good on basketball and hockey. 95 Fleer HOCKEY is one of my favorite sets but on baseball its a bad mix.
October 27, 2013 at 8:45 PM

Commishbob said…
I guess I stand with Jim on both counts. I am a fan of the 1983 Fleer set. I liked the gray borders and love that they added the team logo. My Fleer experience only covered about the first six years. The '83 in my favorite.

GCA said…
Around August I made a '90 Fleer set from a stash a friend had purchased. It was about five 1000 count long boxes already sorted. Wouldn't have spent much getting it otherwise.
I stopped in '84 and started again in '05, so I missed the pain that is '95. Would hate to have to sort that one, either in number or team order.
Always liked the '83s. It's not quite grey to me, but a slightly more exotic pewter or something. They're much more elegant than the surrounding designs.
October 28, 2013 at 3:04 PM

Stack22 said…
I think '84 to '85 should be the biggest improvement. To me '84 will always be the blue cross/blue shield set and looks like something that should have been given out to kids in hospitals. And I live the gray/color contrast of '85, as well as the backs.