Platinum has lost its meaning 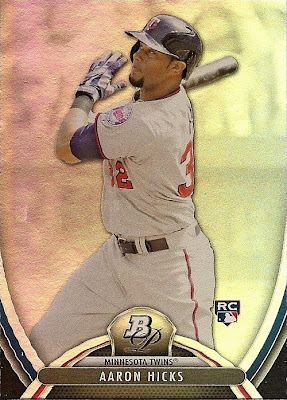 As a young adolescent eager to consume all that the adult world had to offer, I first came across the word "platinum" as it referred to million-selling record albums.

This was a novel concept at the time. Using "platinum" to refer to album sales had been around only since 1976, and was instituted because more people were buying records, surpassing the previous "gold record" standard.

Because it was new, and records were what teenagers did in the late 1970s, there was nothing cooler than a platinum record. And when you heard that a record by a Peter Frampton or Fleetwood Mac went platinum, well, throw that disc on the turntable and crank it up.

Today, I can't tell you if a platinum record means anything. I think there's "diamond" or something that's better than platinum, but I don't know for sure. I'm not even sure how they even classify sales now that everything's digital.

So, these days, "platinum" to me means one of the most pointless card products of the year.

I'm not going to go on and on about Bowman Platinum because I've done it somewhere on the blog before and it's obviously not a product for my tastes. Other people like it, and that's totally cool.

I just wanted to show you the rack pack I bought because I buy a little Platinum each year just to see if it has actually lived up to its snazzy name this time (it never does). Also, I wanted to see if I could pull a Yasiel Puig card, of course.

Unfortunately, I didn't pull a Puig. And I threw away the wrapper, which is bad because I like to save a wrapper from every product I buy. 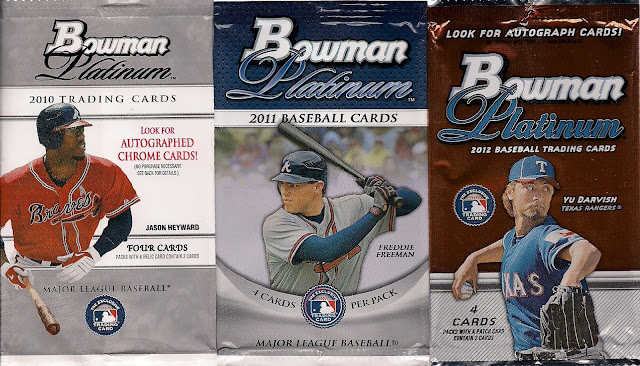 See? I bought one from each year.

Here are the decidedly unimpressive cards I found: 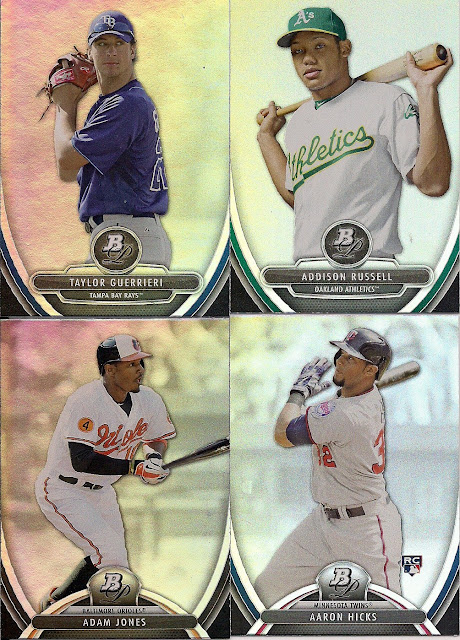 Those are some of the regular, old base cards. All you want to know about me as a collector is summed up in this statement: I got the most excited seeing the Adam Jones card. A name I recognize! 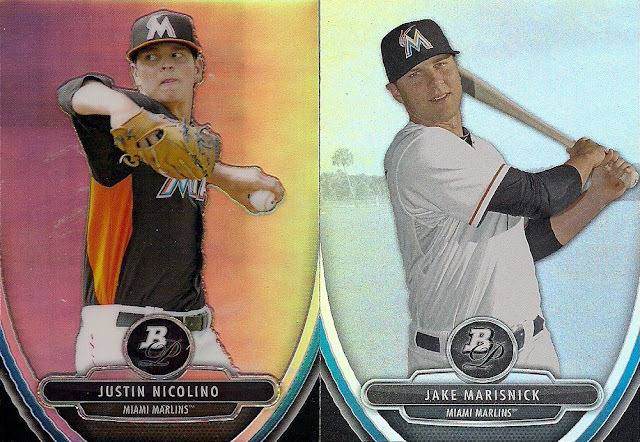 I don't know who they are AND they're Marlins. Bonus!

The Nicolino looks pinkish because it's more chromed up than the boring foil board Marisnick. Wee. 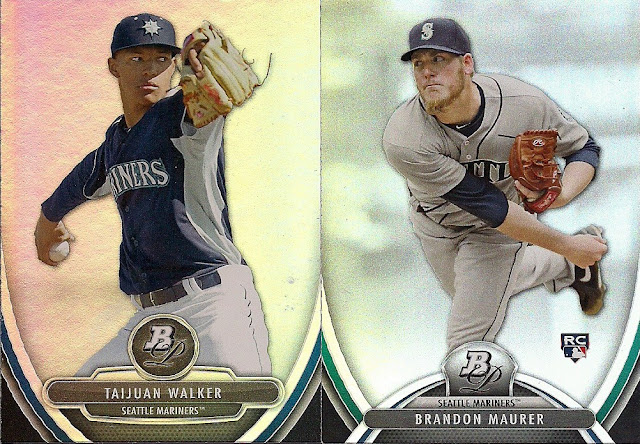 Yes. Mariners. The "You Don't Belong Here You Like Allen & Ginter" gods are punishing me for buying Platinum by giving me Marlins and Mariners.

I know. I did wrong. Never again. 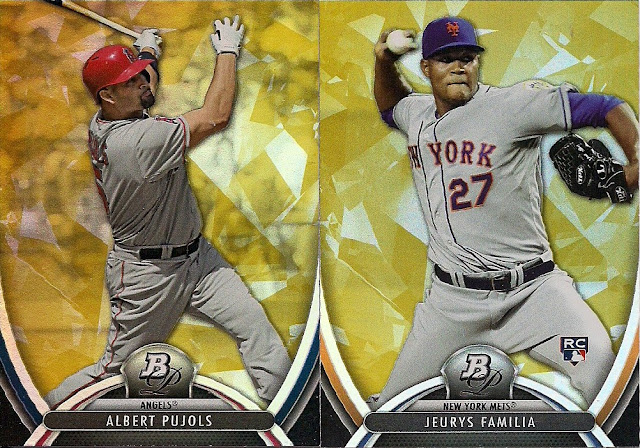 This is the color parallel this year. Some sort of shattered cracked glass thing. I'd like to tell you they look better in person, but they don't. Not even if I shine a light on them.

Also, every year I get a pack of Platinum and every year Pujols is in it. He's in every pack, isn't he? 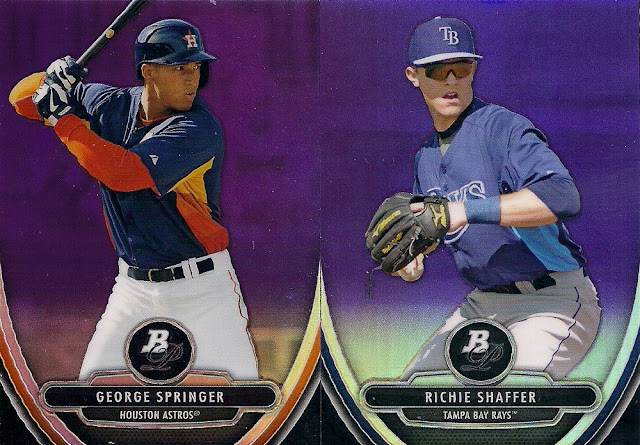 As usual, there are three purple refractor inserts in each rack pack.

I don't know why I can find only two. It's possible I mailed one to someone already, or it's possible it's buried under something. With a name like "Platinum," you'd think I'd want to keep better track of where these things are.

The Springer was the pull of the pack, just because I know Astros fans go zippy for him. It's already reserved for Dimwit. I'm also trying to pull of a deal for another Puig with the Shaffer.

Almost all the other cards are spoken for, too. Unless you like Marlins, Mariners or Twins. Heh.

I doubt I'll buy another pack of Platinum the rest of the year (although I do still need that wrapper). As for Puig, someone who is a bigger Bowman fan than I is sending me one. Yay!

It'd be nice if Platinum meant the best of the best again. Like when records came out on large, black discs.

But then, if it did, it'd probably cost $100 bucks for five cards and be only available in card shops hundreds of miles away.

steelehere said…
My suggestion is to take Mrs. Night Owl to Tiffany's. She'll show you that platinum hasn't lost its meaning :)
August 17, 2013 at 7:57 PM

Swing And A Pop-up said…
If it makes you feel better, I only recognized Adam Jones from the base too. Then again, it probably doesn't.
August 17, 2013 at 8:16 PM

Roy-Z said…
For some reason, that Springer is speaking to me.