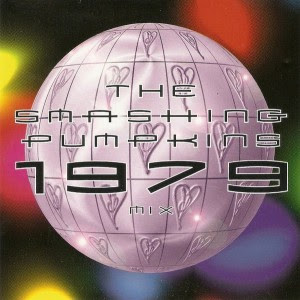 If you're like me and are old enough, there are certain years that you treasure more than others. As the years speed by, you grow increasingly fond of them even as your memories of what those years were actually like play tricks on you.

From a world perspective, 1979 was a lousy year. I won't bore you with the details. Trust me. It was. From a personal perspective I was 13, going on 14, and enamored with what I suddenly knew about the wild world. The politics, the celebrities, the television, the music. The Love Boat and the Devil Went Down To Georgia were two of the most fascinating "events" of that year for me (which should also tell you something about '79).

I will defend crazy things about '79 just because my brain claims the year is special. Donna Summer's Bad Girls. My Sharona. The Dukes Of Hazzard.

But if I am being honest, I know that I shouldn't treat the year with such reverence. If I look at where I was at the time, I was a mess. My freshman year in high school was crap. My beloved grandfather died when I was on summer vacation. The Dodgers experienced their first bad season that I knew.

And, not least on that list, Topps' card set was disappointing. 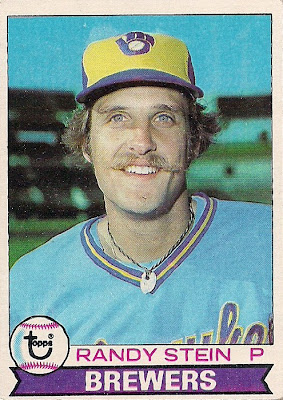 Yes, I am currently trying to complete it. But out of what I would call my golden era of collecting, from 1974-83, it is the Topps set that I enjoy the least.

The design is just OK, pretty much a come down from the classic 1978 design. The colors selected for the team ribbons almost make me gag. It's full-on purple, pink, brown and yellow. Iggg.

The photographs aren't quite as half-assed as 1982 Fleer or 1986 Topps, but something about them seems off. Oddly cropped pictures. Dim or blurry photos. Awkward poses. Yes, I know it was the '70s, but it seems like other sets featured better photo execution, or tried more ... or something.

Still, this is the set that I am currently trying to complete just so I can have all the '70s sets from my first collecting stage finished off. I'm down to only 20 cards after getting a pair of mailings from Kyle of Nolan's Dugout and one of my favorite readers, Jeff.

I've since mixed up the cards and don't know who sent which (I think both sent some of the same cards), so an umbrella thanks to both.

Let's see some more "disappointing" '79 cards, shall we? 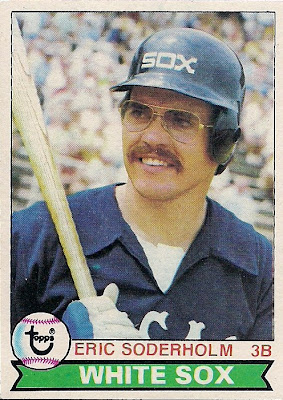 The mustache was going strong in '79. Burt Reynolds, still two years from making Cannonball Run, was the epitome of masculinity at the time and don't you think ballplayers didn't notice.

Even nerdish looking players like Soderholm could slam 20 home runs in back-to-back seasons with the mere addition of a mustache. 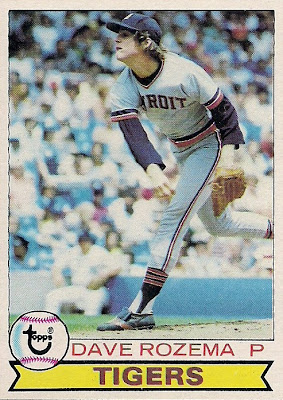 Dave Rozema was a year removed from his rookie card sensation but still had a career full of bizarre behavior ahead of him. 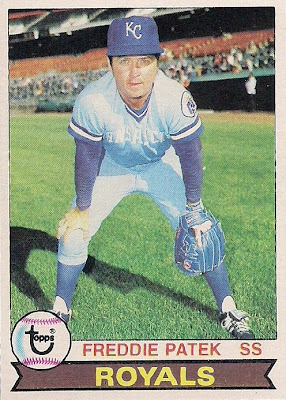 I'll bet this stood out. A 5-foot-4 shortstop dressed all in blue. It would these days anyway. 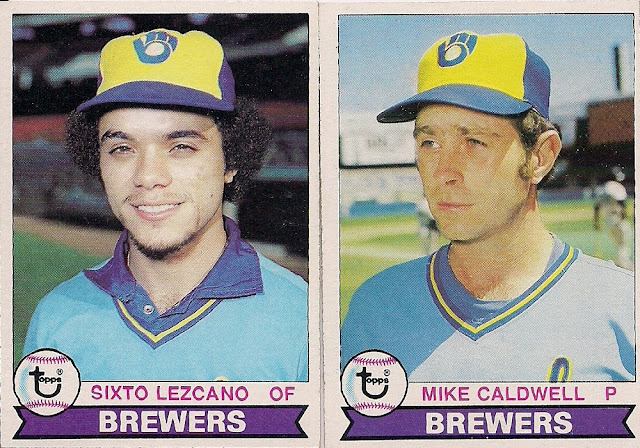 Here is what I was talking about with the photos. What's with these two? Did they snap the pictures right after handing them special brownies? 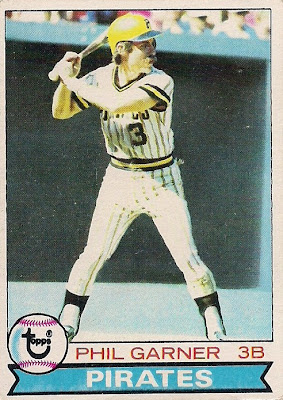 One of the better '79 cards and '79 moments. Scrap Iron's mustache generated enough power to catapult the Pirates to a World Series title. You think it was Pops' little stars? That was a diversion. 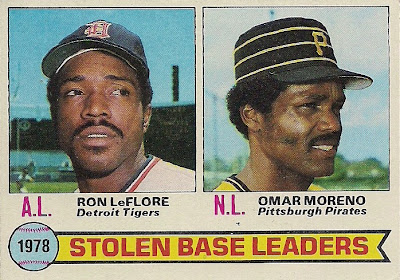 More evidence of how different the world was in the late '70s. We actually valued stealing bases then. The stolen base totals from the late '70s and into the '80s are enormous compared to now. And I treated stolen bases as if they were home runs, charting each pilfered bag that I saw. 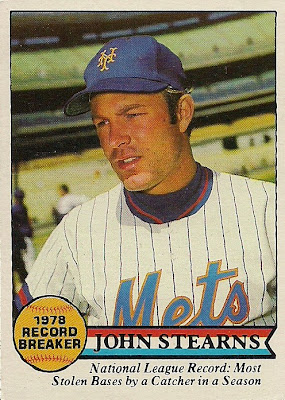 More celebrity status for the base stealer. 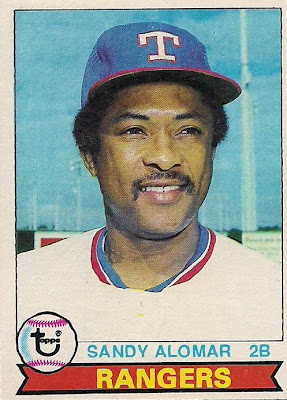 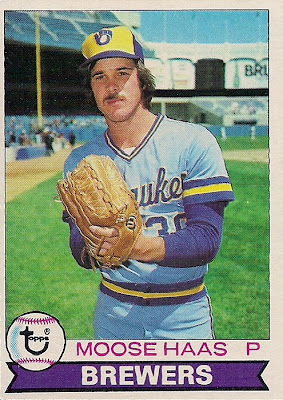 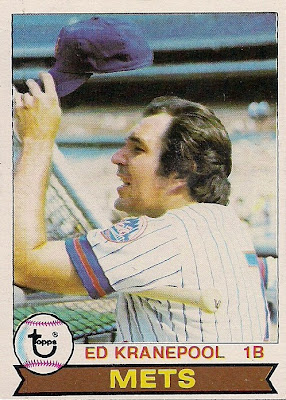 It's too bad that Ed Kranepool had a card in the 1980 Topps set. This would be the perfect final tribute card. 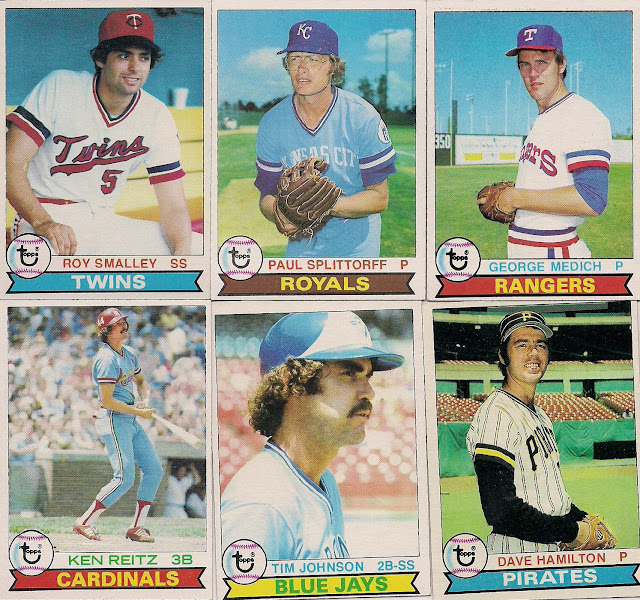 Some more goodies. I purposely left them crooked because it's the '79 set and ... eh, who really cares?

But if you want to help me complete it, then yes, I certainly do care.

Here are the remaining wants:

When I look at the 1979 set, my feelings for it are perfectly appropriate for that time in my life. I was on the brink of a new decade, and of four years of high school and life as a teenager. I was filled with wonder, indifference, defiance, anticipation and dissatisfaction.

Why should baseball cards be immune to all of that? I was looking at what was a big part of my childhood and wondering if I wanted to carry them into adulthood with me. I didn't know what to make of these cardboard pictures anymore.

The Smashing Pumpkins song whose title matches the year I'm writing about touches on the same emotions that I was feeling at the time. I've always liked the song because of that, even if Billy Corgan says he picked the year basically because 1979 sounded good in a rhyme scheme.

Whatever. It still works for me.

Nick said…
I'm not the biggest Smashing Pumpkins fan, but "1979" is a great tune. Easily one of the better songs on my MP3 player right now.

The Junior Junkie said…
Mellon Collie and the Infinite Sadness has at least ten great songs on it!
August 21, 2013 at 12:40 AM