This working from home is a good gig 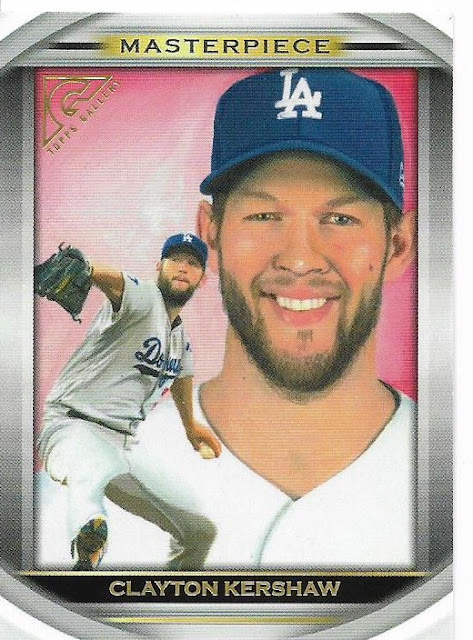 I finally decided that maybe I shouldn't be going into the office all the time with everyone freaking out about being around other human beings.

I'm the sports editor for a newspaper so people need to see me in person quite often. Editors, photographers, staff writers, and all those behind-the-scenes people that folks who aren't in the business never think about. (Do you wonder why the sports section is sometimes 3 pages and sometimes 6 pages? Well, don't come to me. That's not my call. Never has been. It's some other person's job to decide space in a newspaper and weirdly over the last 30 years that person never knows anything about sports).

But there isn't much sports going on right now so the demands on my physical appearance are low. I was showing up out of habit as I put out the sports section from my office computer as normal but it was gnawing at me, not just because of the virus, but merely wondering: "If I had to, could I do all this from home? Shouldn't I be able to?"

This isn't simply a matter of getting your email at home and being able to download the teams app. There is work-specific software and the like, which made Tuesday a logistical disaster as I drove back and forth and back and forth and BACK AND FORTH between work and home trying to get set up to produce the section at home. No doubt the IT people were sick of me.

But the last three days I've produced the sports section from the comfort of my home computer -- the same one I use to write blog posts. And, let me tell you, this working from home is as great as I thought it would be.

Everything is much more efficient. It cuts down on time driving and yapping and ... hell, even wearing clothes ... and I can stop any time I want and find a snack in the fridge. If work stresses me out, I can go right to the card room and detoxify. There's nowhere in the office to do that.

And, I can also get the mail between reading stories!

Cards are still coming to the home office while all this is going on. I expected things to dry up by now (I'm definitely not sending stuff out as often), but that hasn't been the case.

Some people -- like Jeff from Cardboard Catastrophes -- have sent me two separate envelopes lately. 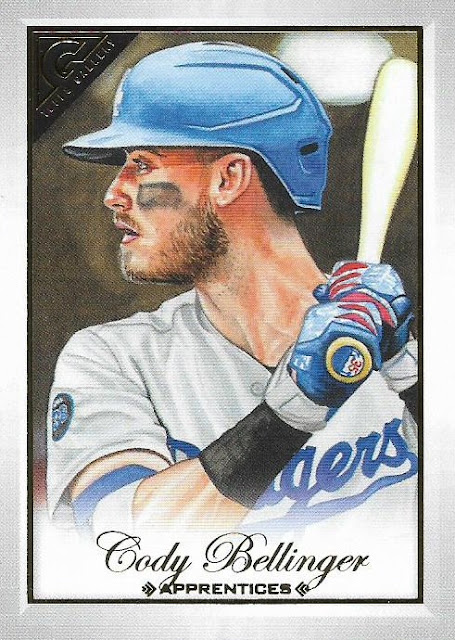 This is a set that could disappear forever and I wouldn't miss it. That's why my want list is so large, I didn't bother to buy a single pack of this stuff last year. 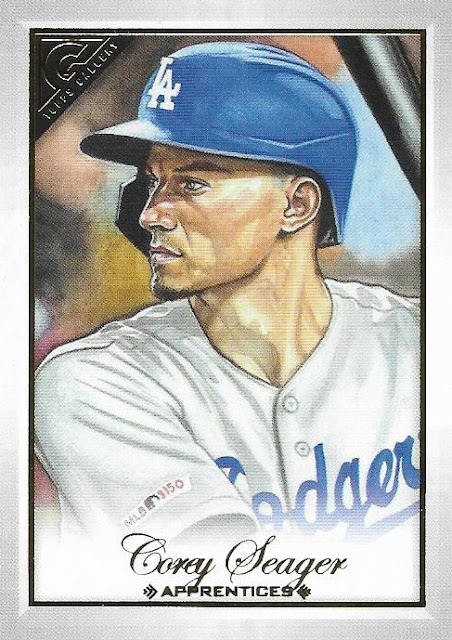 Does that look like Corey Seager to you? Not to me.

But anyway, happy to get these out of the way. They were mere protection though for the point of the envelope. 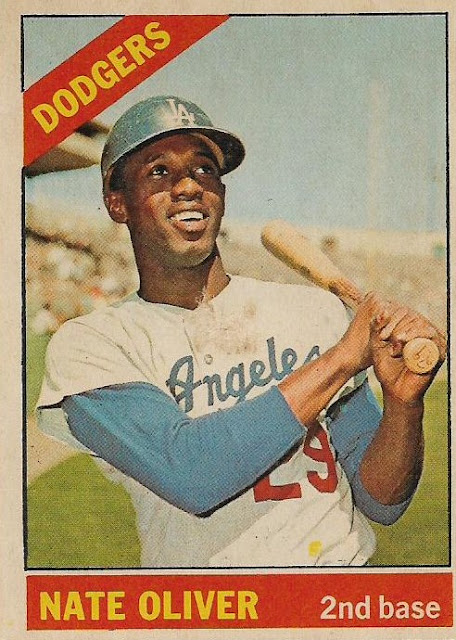 This is just my second Topps Venezuelan card. (Both happen to hail from the '60s).

I can't stress enough how fantastic these are. They may look identical to Topps cards -- except for the much scruffier card stock -- but there is something powerful about a variation that comes from South America. Also, they're well-known for being difficult to land.

Nate's got some paper loss -- or something -- on his jersey but it doesn't make this any less thrilling. I go wacky for OPC cards and the Canadian border is 30 minutes from me. So I'm impressed.

Several days later, I pulled another PWE out of the mailbox from Jeff. This was a total surprise.

In a note, he explained that he discovered he had two of the same card and had no idea how that happened.

I totally understand. I'm one of those collectors who likes to believe they know exactly what cards they have at all times -- and in most cases I do. But there are so many cards and so many trades and so many purchases. And life. There's life, too. Did you know I used to actually have to drive to work?

You sometimes acquire a dupe without knowing it. 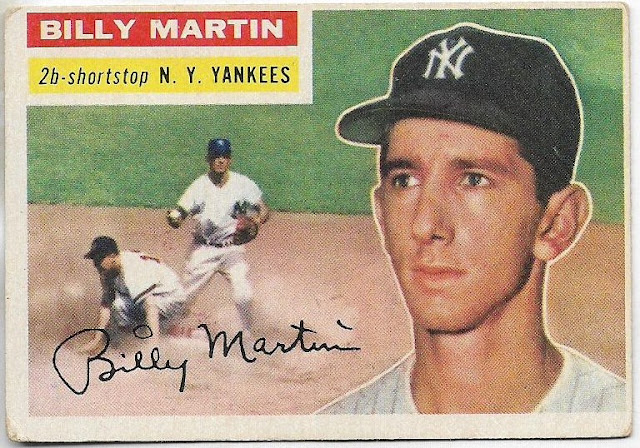 Sometimes it's a dupe of the Mad Puncher. Lucky me, the card is now mine.

This was one of the needs on my 1956 Topps want list. One of the "lesser" names, if you will, although everyone knows Billy Martin.

I'm down to needing 25 cards to complete the '56 list (more if I want duplicate Dodgers). But I'll be working on it for years to come because Kalines and Clementes and Mantles and Aarons don't cost 5 cents like they did in 1956.

Maybe I'll start a '56 fund with the money I'm saving on driving to work.

Yup, I can get used to this.

jacobmrley said…
I once owned a 1962 Topps Venezuelan Sandy Koufax that looked like it traveled with Captain Cook on his voyages. It was a wonderful grubby piece of cardboard.
April 2, 2020 at 10:55 PM

bbcardz said…
I'm really glad that you've found a way to work from home. I can't do that with either of my two jobs. I work at two sports/entertainment venues, so of course there's no work for the foreseeable future. But I love being at home so I'm definitely not complaining. I'm actually pretty content right now (except for the constant concern/stress monitoring the news about this virus). Strangely enough, when I was at work, I also felt like lingering there a bit longer after my shift was over.
April 2, 2020 at 11:01 PM

Fuji said…
Glad to hear the transition to working from home is going smooth for someone. I'm not a big fan... but the more I work at it... the easier it gets.

GCA said…
Working at home has turned out to be tolerable. We are only doing phone support - no physical repairs, so it's not nearly as fun. But after Monday's deluge, it hasn't been that hectic. I've got almost all my laundry done, and my desk cleaned up. Yesterday I spent a significant time sorting my dupes behind me on the other desk. The down side is that after work, I don't want to be in the same chair any more, so card work isn't as enticing right now.
April 3, 2020 at 8:47 AM

GTT said…
Nice getting a Topps Venezuelan card. I've always rather wanted one, especially from the '67 set. I'm also enjoying staying at home.
April 3, 2020 at 10:17 AM

Bo said…
"I can stop any time I want and find a snack in the fridge." I know personally that's an issue for me when I work from home, the urge to snack. Though we've got pretty good snacks in the office kitchen so it's an issue there as well . . ..
April 3, 2020 at 11:08 AM

Jafronius said…
I used to be able to work from home at my old job. I was told I only really had to show up if I needed to work with someone on a project. Turned out I didnt need to work with anyone so I'd be at home for weeks at a time, only going in just to make sure my stuff on my workstation was still there.
April 6, 2020 at 8:47 AM