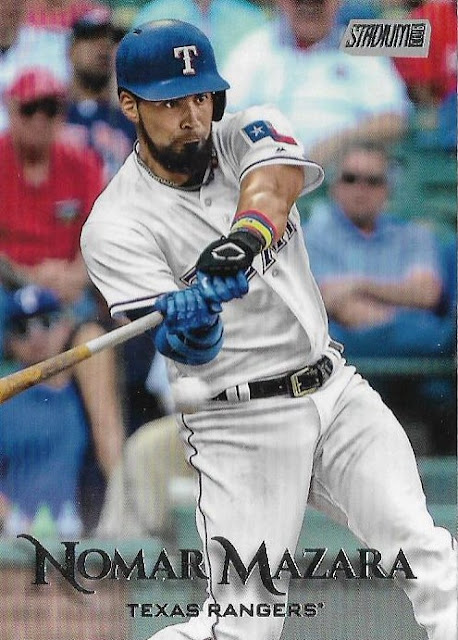 I am getting near the end of my filing of 2019 cards. All that's left is a little bit of Topps Update, Archives (still looking to get the last of those '75s, you know) and the Topps Holiday cards.

While I continue to desperately search for a shoebox or other storage device to stash those 2019 cards, a few post ideas have popped into my head.

One is a common thought that just about every collector who still buys packs has lamented a time or two: "Geez, I certainly pull a lot of this guy!"

I've written a post about that, like 10 years ago, and then I updated it three years later.

In each case, I compiled a top 10 and the lists weren't very scientific. I just went with my gut feeling of who I seemed to pull a lot and also who most annoyed me when I pulled their cards.

But this time I decided to calculate the numbers and I'm not going with a strict top 10 either.

I'm not buried in 2019 cards of these players. I am a casual collector when it comes to the year's cards. I haven't tried to complete a current set since 2015 and there's no part of me who wants to buy a complete set. So mostly what I do with current cards is buy packs at the store when I feel like it and when I have money and look at the random guys who come out.

And these are the players who arrived the most:

Both Mazara and Chapman were anticipated. In each case, I likely have never seen either of those guys play a game, yet there they are in packs. Who are you? Why do you keep showing up at my house? You say you're a baseball player? 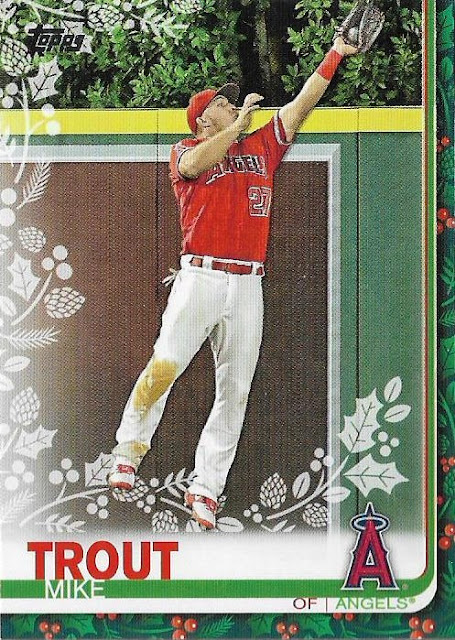 None of the other players on this list will be a surprise.

I almost expect a card of Mike Trout to appear in every pack I open. I am somewhat gifted in being able to pull Trout cards. I realize that it helps that he is likely in the Top 5 of most cards produced by Topps but still it's a bit amazing how regularly he shows up. 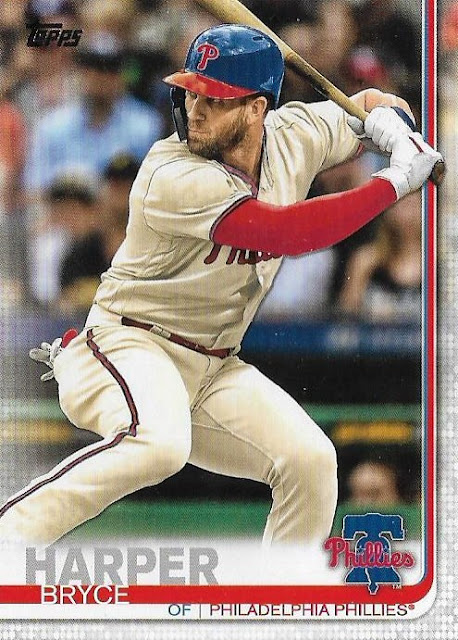 Topps can never claim it didn't produce plenty of Bryce Harper cards when he was a National, but, my goodness, his arrival with a new team seemed to really increase the Bryce cards in my packs. He's about in every insert, and certainly in every set. 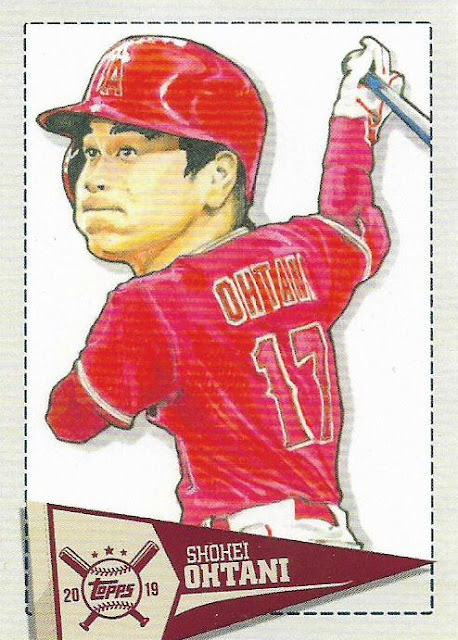 Yes, a two-way tie for first place. Ohtani should not be a surprise at all, except maybe why doesn't he have a 38-card lead on everyone else? Ohtani is one of the few players this year that I've pulled twice in the same pack (no, not the same card, but practically). This is what happens when Topps treats you like you're two different people for pitching and batting and creates two base cards of you in multiple sets.

If this keeps up, I expect Ohtani to top this list for awhile. 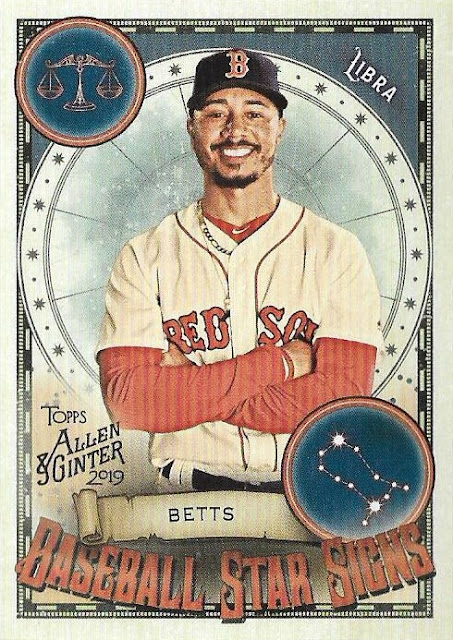 The interesting thing here is I know I've traded away a few 2019 Betts cards this season.

Another interesting thing here is that the dozen cards does not include the base card of Betts in flagship. I never pulled it.

I can't say I mind pulling cards of Betts. It's natural that collectors were bombarded with Red Sox cards in 2019, considering they won the World Series last year.

Since I don't recall trading away any Ohtani cards from this year, I think Betts is the actual winner of the "You Again" sweepstakes for 2019.

Full disclosure: I eliminated any Dodgers from totaling for this list. People send me Dodgers cards and I start to lose track of what I pulled and what arrived from someone else. I don't remember an inordinate number of any Dodger player this year in packs I opened, mostly because they tend to elude me when I'm opening them.

As for those rookies that Topps peppers throughout packs this year, I know I've pulled Eloy Jimenez more than any other rookie. I've traded a few away of him so I don't have a lot left. I think I now have more Pete Alonso rookies than any other. Vladimir Guerrero Jr. seemed difficult to pull until recently, lately I've pulled a few.

Other players I've pulled a lot that likely would have landed on the list if I had done a top 10 include: Jose Abreu, Nolan Arenado, Josh Bell, Maikel Franco, Dee Gordon, Eric Hosmer and Christian Yelich.

And that's another 2019 wrap-up post. Expect a couple more before the month is out.

EddieK said…
Thank you for numbering this correctly! I go crazy every time someone compiles a list with a tie for #1 and the next slot at #2
December 6, 2019 at 9:20 PM

Laurens said…
For what it's worth, Nomar looks a lot like Robinson Chirinos on that card and Nomar is a lefty batter.
December 6, 2019 at 10:58 PM

Lee Hero said…
I pulled a ton of Eloy Jimenez this year. No complaints from me though as way too many people were more than eager to trade me stacks of Dodgers for them. Pretty sure I pulled cards of him from every set I bought packs of this year. Lmk if you still need any Holiday Dodgers. I have quite a few extras, some extra metallics and an extra Joc Pederson relic if you want.
December 6, 2019 at 11:08 PM