The most tedious aspect of collecting 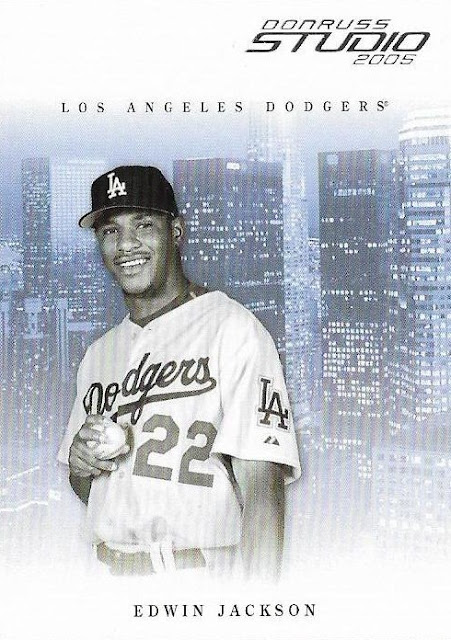 I just mentioned that I don't find sorting tedious at all. While some people agonize over organizing a giant lot of cards, I find just about every aspect of sorting relaxing and a good way to detoxify.

I'm a bit of a strange bird in that way. I seem to have patience for hobby particulars that provoke groans in other collectors.

I don't really mind scanning cards. Yeah, it can take awhile but my brain automatically categorized scanning into the work needed to create a post. It's required if you want your blog to have pretty pictures and, you know, have people look at it. It's part-and-parcel for the whole operation.

Same deal with cropping. This can get laborious but I don't whine about it -- not even when the card comes out crooked and I have to scan it again and I drop the scanner lid too forcefully and the scan is crooked again ...

But I have found what I consider the most tedious part of the hobby. It is so tedious that I'll probably be working on it the rest of my life.

Some of you may know I lost the entire want list off my blog a year-and-a-half ago. I've rebuilt a portion of it, mostly Topps cards and other sets that I'm working on currently, and that took awhile.

Right now I'm at the most tedious part: recreating want lists for all of the sets that contain Dodgers cards.

I'm going back in time with those. So for Upper Deck, Fleer, Donruss, Bowman, Pacific, Score, etc., I'm trying to find every Dodger in the set and whether I need it or not.

I've been doing this for over a year. It's as painful and staking as painstaking can get. Many times I'll ignore updating the list for like two months because I. Can't. Take. It.

I've gotten through all of the sets from 2018 through 2008, with most of the 2019 sets updated, too. I am currently in the middle of 2007 and I'm pretty damn close to throwing my collection of 2007 Upper Deck cards out a second story window.

It turns out I had no idea how much I was missing for Dodger cards when I created my initial list. Here is what I typed in yesterday, relating to Upper Deck's "Predictor" cards from 2007:

Many of those cards are just the same card with a different colored set of bars on the side (or elevator doors, since 07 UD is the Elevator Door set). It's pretty obnoxious, although not unusual at all as any collector of current cards knows.

So it's a super-slow process and keep in mind I don't even include most relic or autograph cards because I'm not interested in them enough to pay the prices for those.

When Bo of Baseball Cards Come To Life came into some Dodgers cards from around 2000-05, he asked whether my want list had been updated for those years. No, Bo, they haven't, I responded, because I'M STUCK IN 2007 HELL!

I told Bo that I wouldn't get to fully updating 2000-05 until sometime next year and I could hear how far too optimistic that sounded. I'll be lucky if I get through 2006 next year.

So I told Bo just send whatever he has, chances are something will stick. It's still a period for which I didn't collect a thing.

Here are the cards (plus the Edwin Jackson above) that I needed: 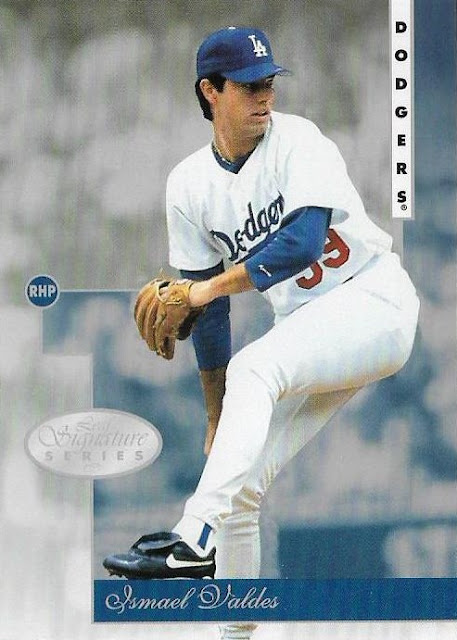 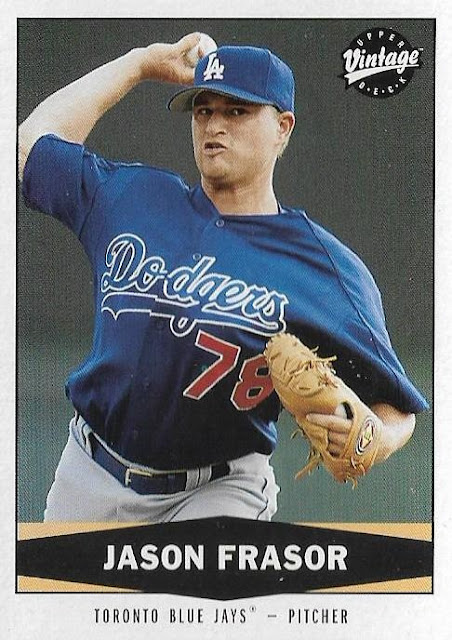 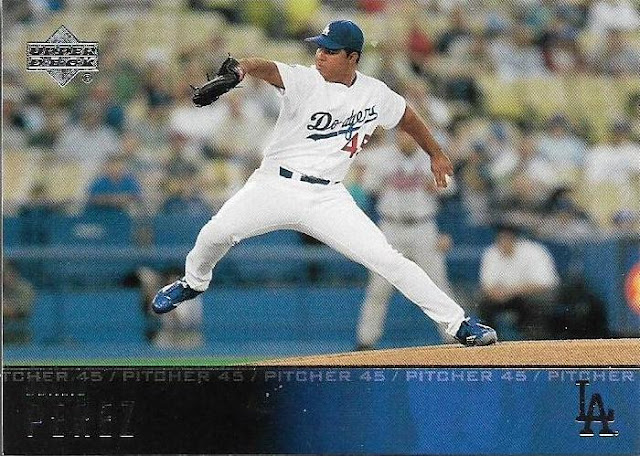 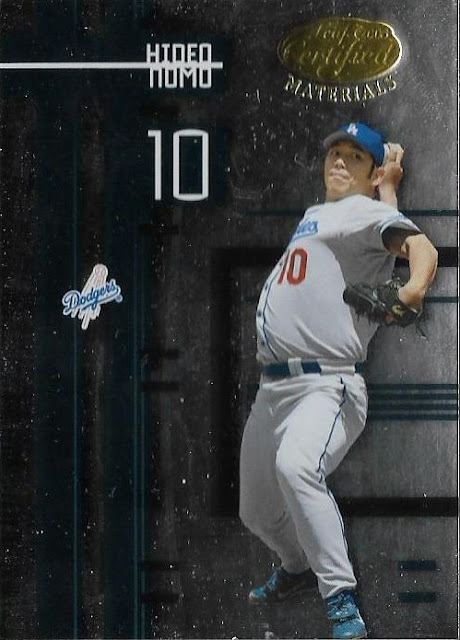 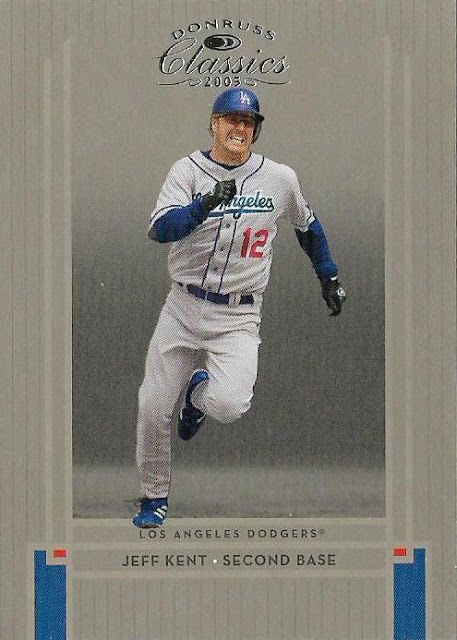 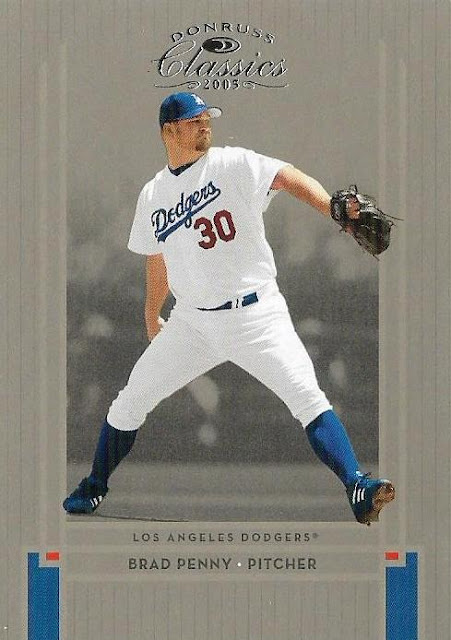 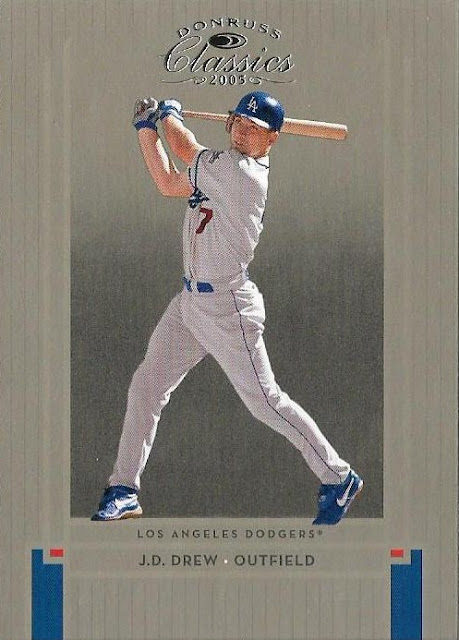 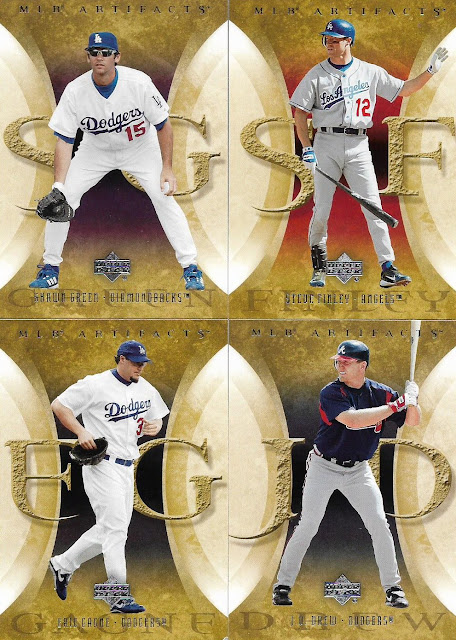 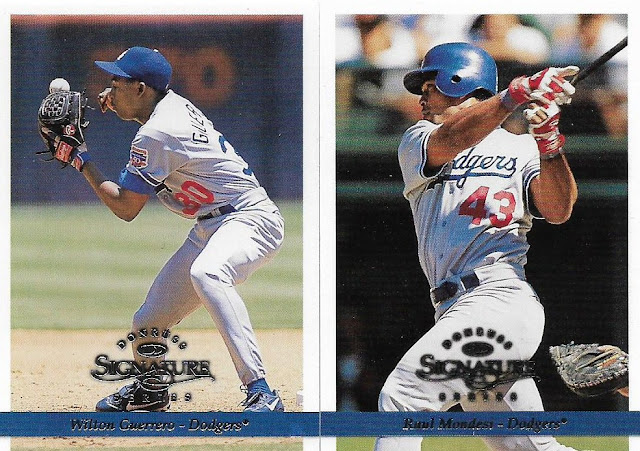 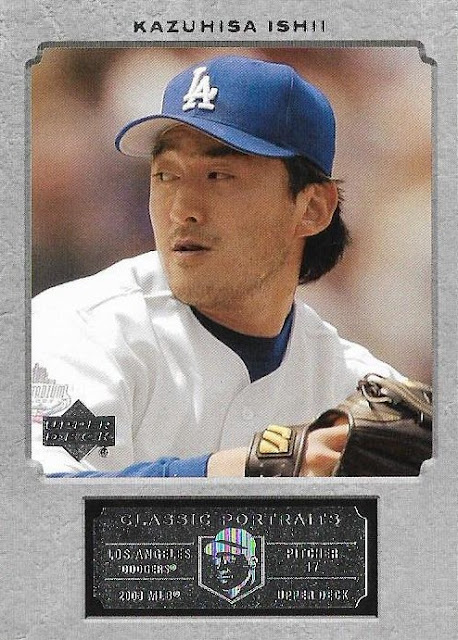 A few of those cards are actually from the late '90s, but it's still a time period for when I didn't collect and I personally lump those years all together.

I like 2000-05 better because that was when the retro cards craze began and there are plenty of interesting sets from that time. I have less to say about current players from those year though. The Dodgers weren't all that exciting then. Only so much you can say about your 151st different Kaz Ishii card.

But they are definitely appreciated because they are Dodger cards I need.

I won't be crossing them off of any lists because those lists don't exist yet.

Who knows when I'll get to them.

Dennis said…
Greg, I don't know if you'll find this helpful, but one good way of getting a team checklist for a set is to go to the set's page on TCDB (search here: https://www.tradingcarddb.com/ViewAll.cfm/sp/Baseball?MODE=Years) and then click the "Teams" link. By default it shows you the base cards but you can also click a button at the bottom that says "Include Inserts and Related Sets." Here's an example from 2010 Topps: https://www.tradingcarddb.com/ViewTeamsIns.cfm/sid/9821/team/15/Los%20Angeles%20Dodgers

Billy Kingsley said…
you might want to take a look at my "how to make your cards look like they do in hand" page at the top of cardboard history. You can fix a crooked scan in about 1 second. No rescanning needed.
December 2, 2019 at 8:28 PM

Billy Kingsley said…
By the way, the most tedious and least fun part of the process for me is removing cards from toploaders. It almost always leads to me cutting myself on them.
December 2, 2019 at 8:30 PM

Johnnys Trading Spot said…
Yes, I agree. The worst part of large lot is pulling cards out of the top loaders and penny sleeves. Gives me hang nails.
December 2, 2019 at 8:56 PM

RunForeKelloggs said…
I like sorting most cards too, but the Sportscaster cards are so thin it becomes difficult and some of the shiny, newer cards stick together.
December 2, 2019 at 9:12 PM

night owl said…
I'll have to give that a try. Bit set in my ways but the frustration sometimes gets me to do something new.
December 3, 2019 at 12:41 AM

Bo said…
I agree that every part of the card process has its enjoyments. I would guess that part of your frustration here is not that you are doing something with new cards, but that you are re-doing something you had already. Glad you needed those cards!
December 3, 2019 at 11:14 AM

Fuji said…
My wantlist is pretty tame, since I'm not building too many sets and I have never actually inventoried all of my team collections, nor do I have any desire to track down every single card of my player collections. But if I did... creating want lists would definitely be tedious to me too.
December 3, 2019 at 9:59 PM