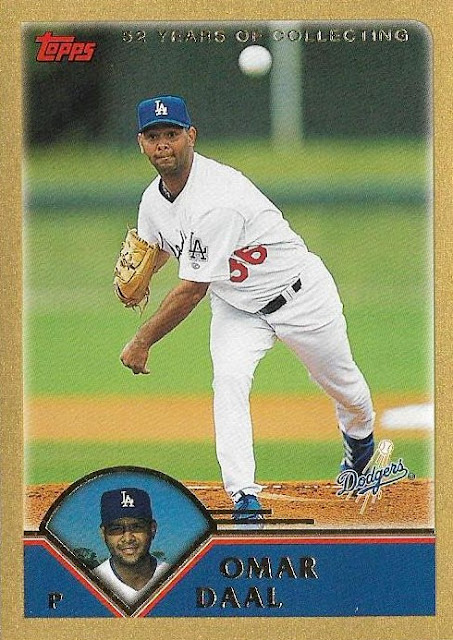 If you can create an established blog with a little bit of readership, certain perks come along with that.

One is a few trade partners that are somewhat exclusive to your own well-read blog. I have a handful of them that trade with just my blog, basically, and I am quite grateful for that. I consider it a reward for trying to get some content out there.

I've noticed that I'm not the only card blog with that perk. There are a few others who enjoy exclusive relationships with traders.

I've seen on Dime Boxes that there's this guy named Bob who sends Nick cards from time-to-time. My question when I read these posts is usually, "Hey I like cards and have a blog, too. Where are my cards?"

Well, Bob must have heard my thoughts because a week or so ago I received an email from him offering to send me some cards.

Bob's also started a card blog, called the best bubble. You can't beat that! Cards from a new trader and a new blog to read! My goodness, this blogging thing still works doesn't it?

Bob appears to collect similarly to Nick, meaning he has many "type" collections. I admit I struggle when trading with collectors like this. My cards aren't sorted in this manner and I've never looked at my cards in a "type" sort of way, except for night cards. So I have to train my collecting eye to search for those cards and when you've been collecting for 40 years, trying something new is like trying to learn another password. It just doesn't stick.

However, I'll find some stuff that fits Bob's collection. After all, he searched through my want list and targeted several key items. 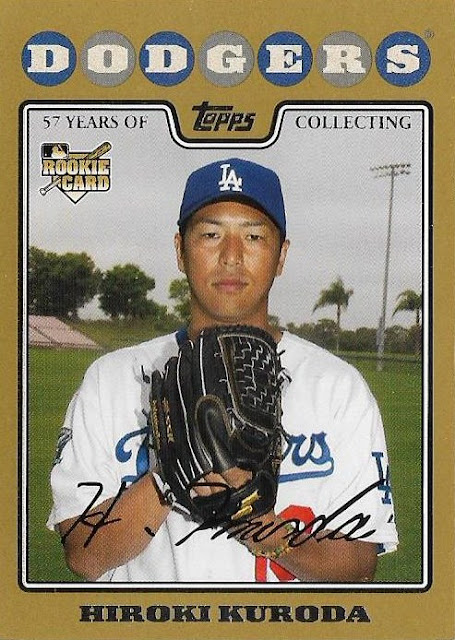 You can't beat goldies, especially from the time period when Topps knew how to make them -- with real, live borders -- instead of what it's doing now. 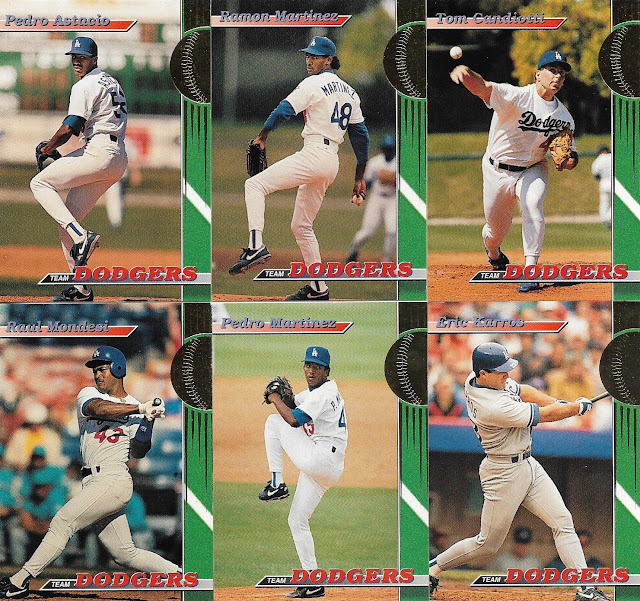 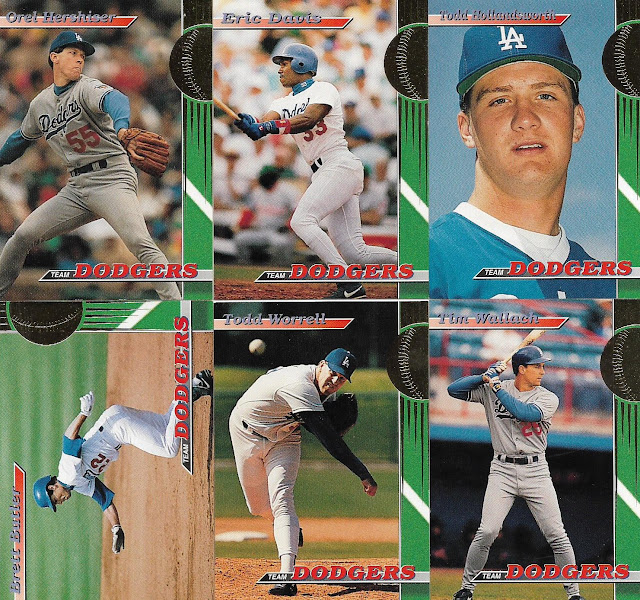 This package was heavy on Stadium Club. Bob sent all but one of my needs from the 1993 Stadium Club Team set. Billy Ashley may pop up on my Nebulous 9 list very soon. 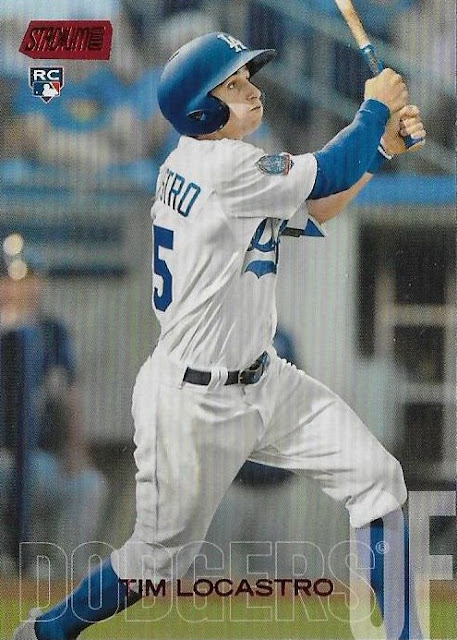 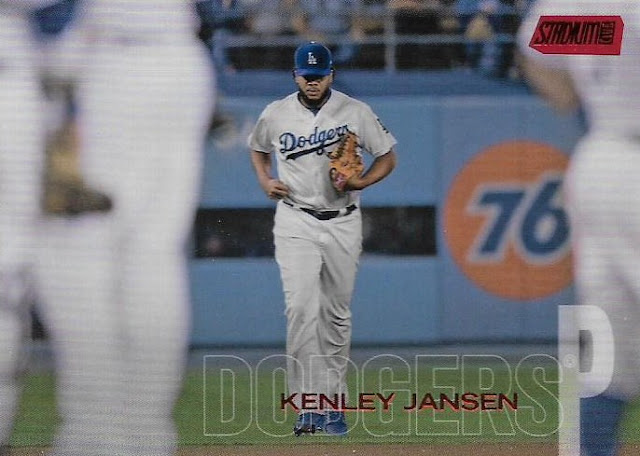 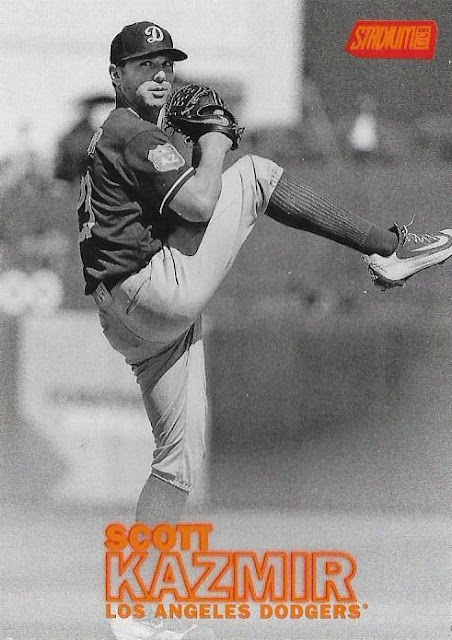 These are my favorite Stadium Club parallels, and they're not easy to find. 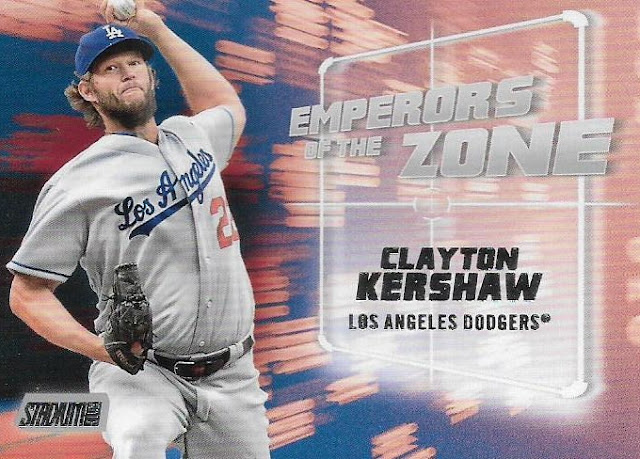 Right up to current day Stadium Club. It's my 695th Clayton Kershaw card! 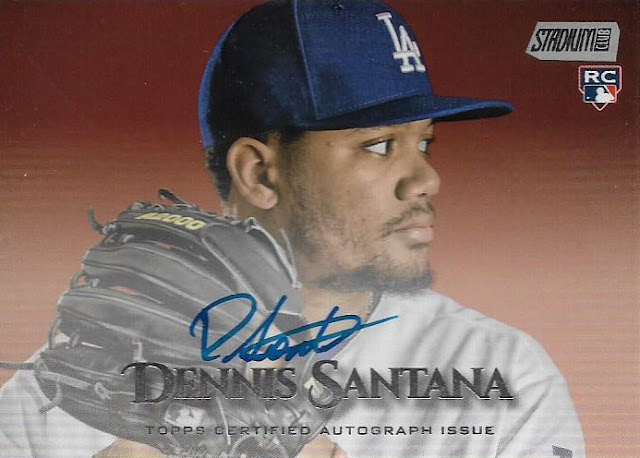 Bob even sent a Stadium Club autograph from this year's set.

This is my second Dennis Santana autographed card, or half of the number of games Santana has pitched for the Dodgers so far. That hasn't stopped Topps from issuing cards of him though. They sure do love him. I have a dozen in my collection already.

OK, here comes the foil portion of the post: 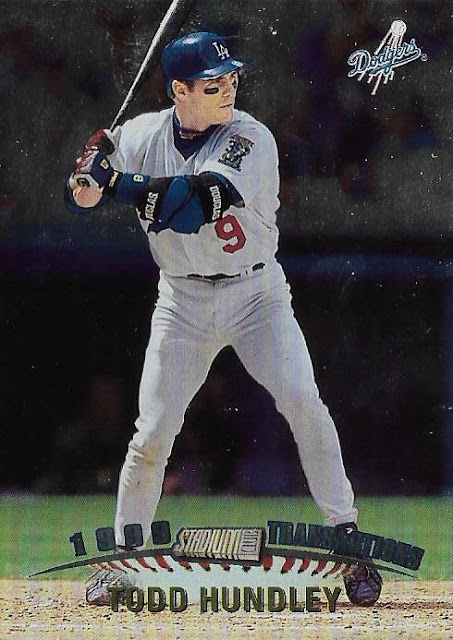 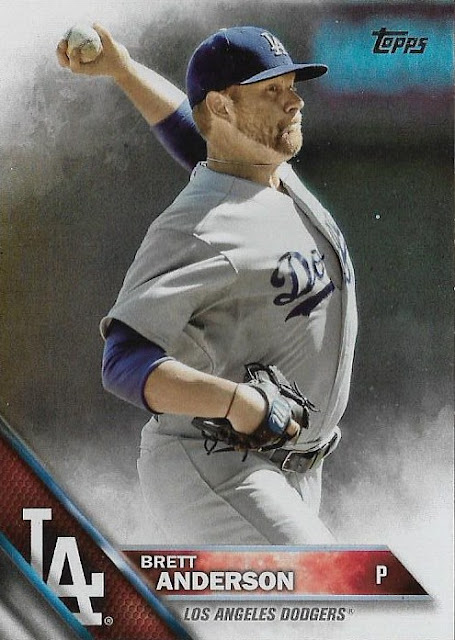 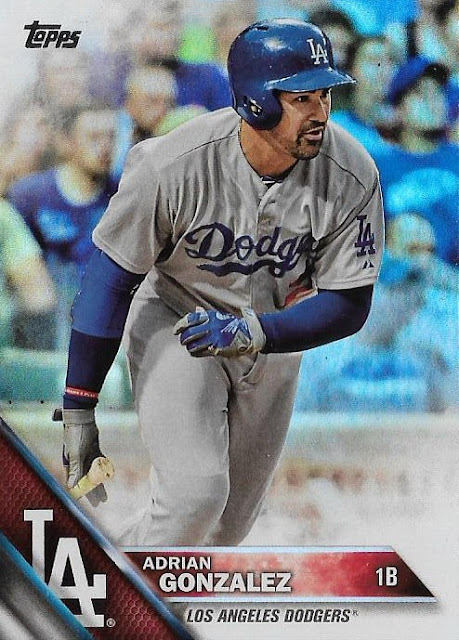 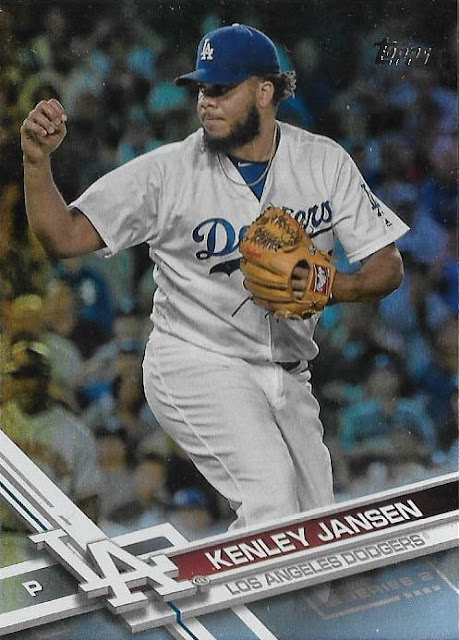 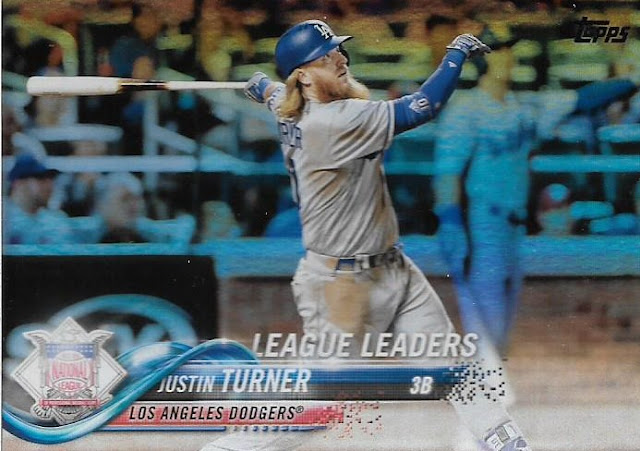 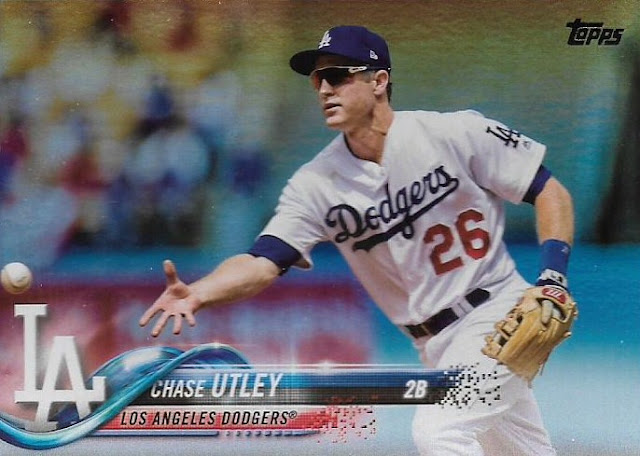 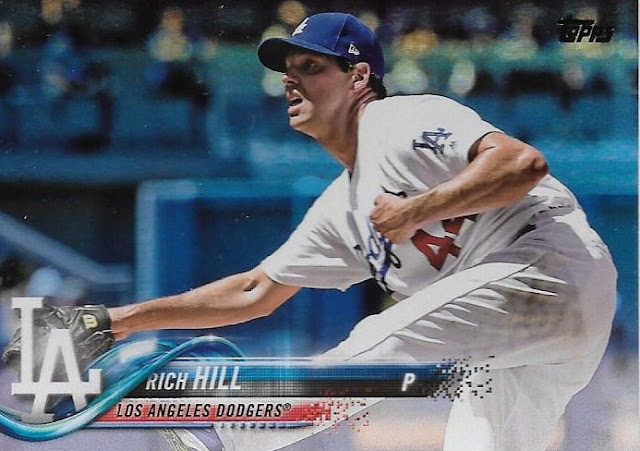 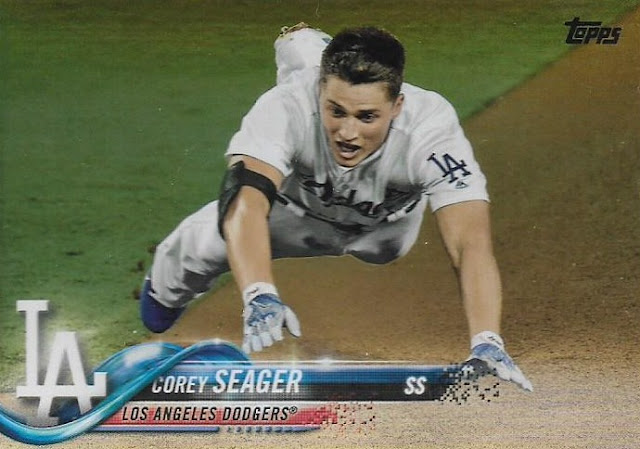 Whether you can tell or not, all of those are foil cards. I can't even tell when they're in my hands sometimes. I live in the Northeast. We don't have sun. 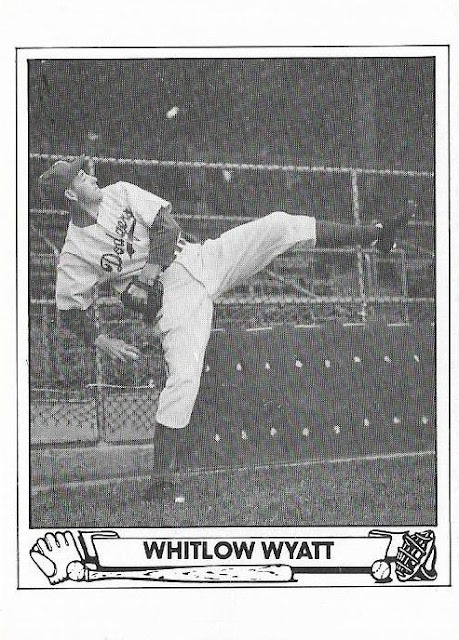 This 1983 TCMA card of the tremendously underrated Whit Wyatt showed up from Bob and then not too long afterward, the aforementioned Nick sent me some cards that also included this Wyatt card! I told you they collected similarly. 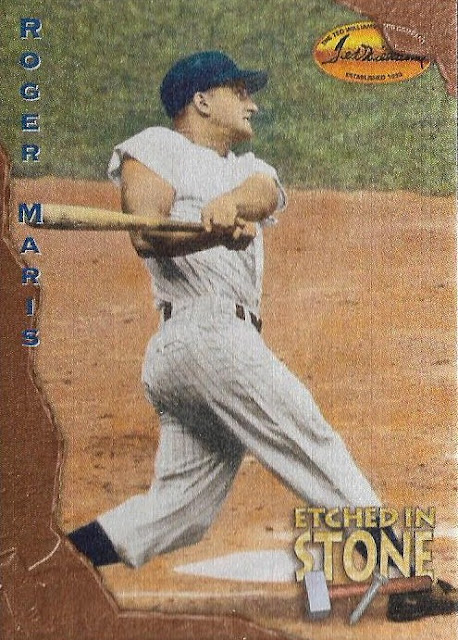 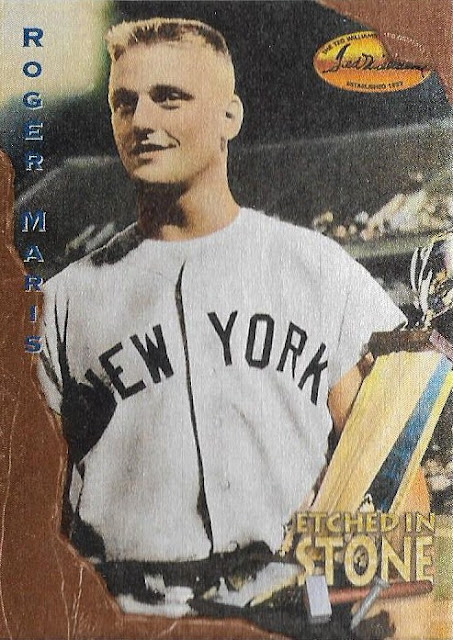 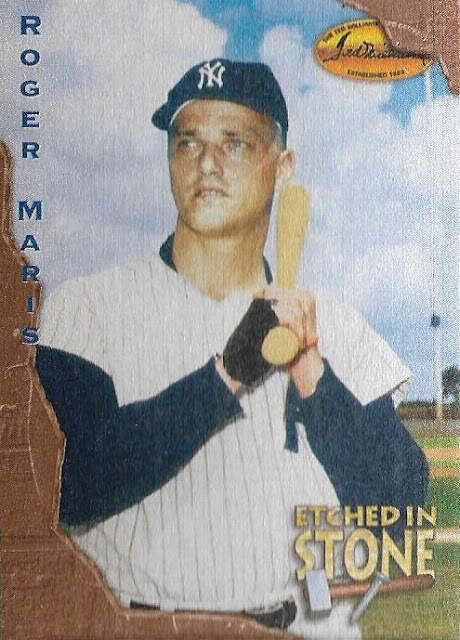 Bob even ventured into my set-collecting projects and found three cards from the 1994 Ted Williams Company "Etched In Stone" Roger Maris insert set.

This is well-timed because I just ordered the last few cards that will knock off my final '93 Ted Williams Company needs AND received an email today informing me that the remaining '94 TWC needs will be headed my way. This is the best Christmas ever! 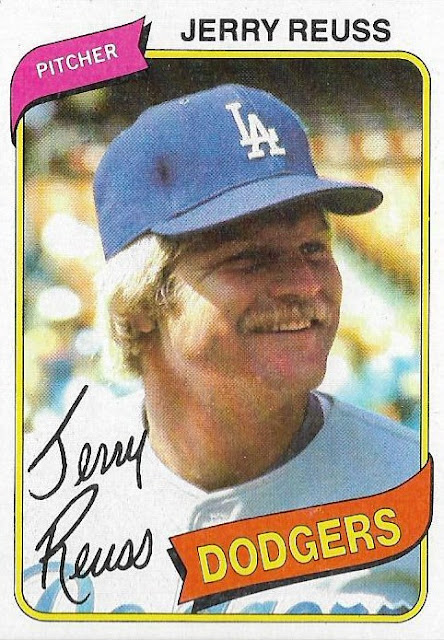 This is a former Nebulous 9 need. I basically needed an upgrade over the 1980 Reuss sitting in my Dodgers binder. It was creased and dinged and, come on, this year was my collecting wheelhouse! We have standards. Welcome pristine '80 Reuss!

I'll get cracking on finding some bubble cards and the like. Thanks for joining our little community.

Fuji said…
Thanks for sharing his blog. I'm always looking to add more card blogs to my reading list. He has some really interesting collections.
December 8, 2019 at 11:10 PM

Nick said…
Bob's awesome! Glad he discovered your blog & collection. Funny we both sent you that Whit Wyatt a couple days apart from one another!
December 8, 2019 at 11:25 PM

Lee Hero said…
To me, helping other collectors get the cards they want is about as enjoyable as getting the cards I want. I don't really get excited over any cards except Dodger ones. Before when I would pull hits of any other team I would be like "Meh!", but now if I pull a cool Cubs card, I'm like "bet Nick would like that!" The more people you trade cards with, the more options you have for those unwanted cards you accumulate. The old saying "one man's trash is another man's treasure" is hitting the nail on the head when it comes to baseball card collecting.
December 9, 2019 at 9:14 AM