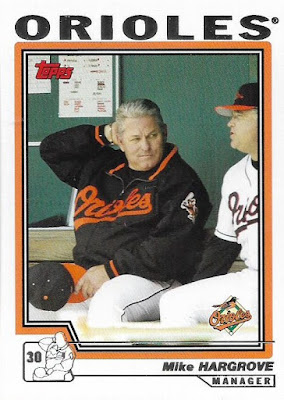 Topps recently announced that it's looking for collectors to vote for their favorite Topps baseball design for each decade since the 1950s.

There is a site where you can go to place your vote. Topps says that the winning designs for each decade will appear in packs of 2020 Topps Series 1. It doesn't go into detail about what that specifically means so I don't know if we're going to see regurgitated reprints of cards from the design, or cards with buyback stamps on them, or actual old cards from those designs (the much preferred option).

This is all well-worn territory for both Topps and collectors who obsess about past designs like me. But since I like that stuff, I thought I'd go through each decade and make my selections and post them here for all to see.

Also, I'll add some extra stuff like those people do when they're handicapping the Oscar winners and I read it all the time even though I have no idea what the movies are. 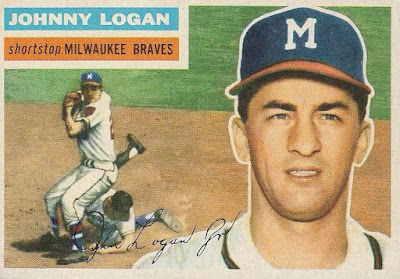 What would be most useful to me (if Topps is actually inserting old cards into packs): Anything from the '50s would be useful, although I suppose I have most of the '56 Topps cards and unless Topps is throwing Roberto Clemente or Mickey Mantle cards in there I have a better shot of something I need from another year.

Other observations: One of the things I was pleased to see is you can vote for the 1951 Topps design. Topps often ignores that set and begins instead with the overplayed '52 design. Also, the '50s sets are what make me think that we're not going to see actual old cards in packs, or at least not '50s old cards in packs. How are you going to fit cards from '52-56, when cards were bigger, into standard packs? 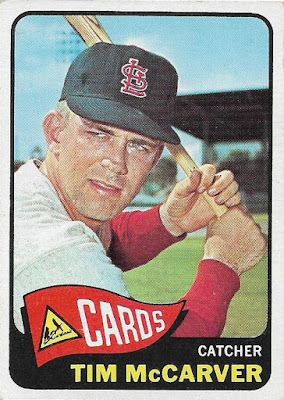 What would be most useful to me: Just about anything, although chances of me having the card already is more likely for '67 or '69.

Other observations: My favorite design from the '60s is 1967 but I think the '65 design is too much of a classic and should be the decade representative. 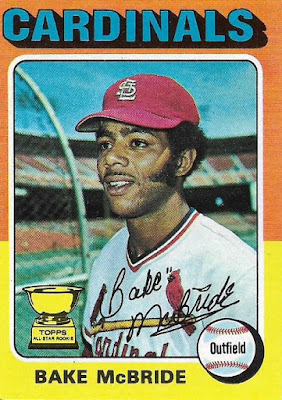 What I think will win: Probably '75. I can't see a groundswell for any other set from that decade.

What would be most useful to me: 1970. Almost everything else is already in the collection.

Other observations: Even though I completed the 1975 set 15 years ago, the thought of finding '75 Topps cards in packs of 2020 Topps still makes me smile. I'd probably be thrilled with any of the '70s choices (provided, again, that they're actual old cards) because I was pulling those cards when I was a kid. 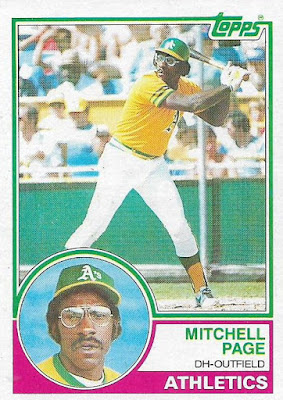 What would be most useful to me: I own the whole decade. I suppose a card from 1980-82 might meet upgrade needs.

Other observations: If '87 Topps ends up appearing in 2020 packs that might be enough to not bother collecting the set next year. I am sick into the afterlife of the '87 Topps set and all of its many, many, way too many odes. I think it's time to put the design in a lock box, bury it and include a message that says, "do not open until 2036 Heritage." 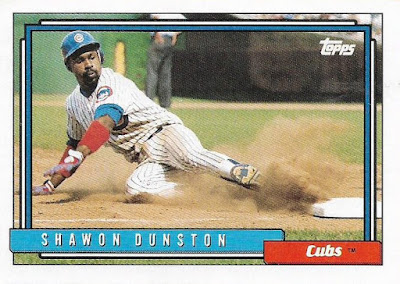 What would be most useful to me: Anything from 1992-99. Although I have a difficult time categorizing cards from this decade as "useful."

Other observations: I probably like 1991 Topps' design better than 1992 but '92 is so bright and clean. Turning away from gray cardboard helps create that effect, but the colorful fronts are just too appealing. I especially like the horizontal cards in this set. 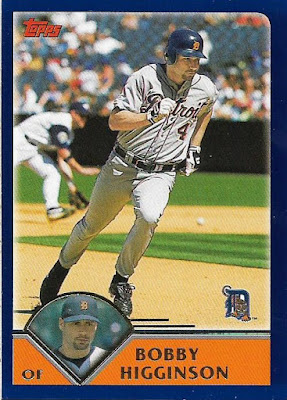 What is most useful to me: Anything that's not from the back half of the decade, chiefly cards from 2000-03. Of course, I don't know if I want to see any butterscotch 2002 cards popping out of my packs.

Other observations: I almost picked 2004 but then I thought "all that foil!" Unfortunately, anything you choose from the 2000s will include foil. 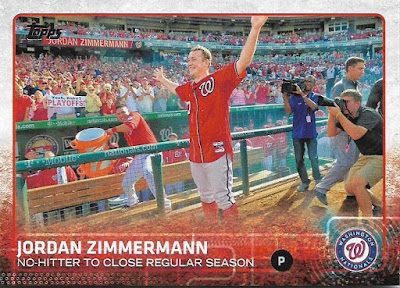 What is most useful to me: This brings up a good point: why am I voting for years in which I have completed the set already? Shouldn't I pick a set where I have a chance of pulling cards I need? (Of course if these are just reprints, who cares?). Most useful to me would be the 2018 Topps set as that really grew on me.

Other observations: Anybody who votes for 2016 Topps should have their collector's badge revoked and their name posted in every hobby shop like they do at the post office.

So, that was a fun little exercise, even if I knew what the results would be already.

I'm not expecting much from this. Anytime you ask the public for help you're going to get something unappealing. But even if that doesn't happen, I fully expect Topps to botch the execution.

Brett Alan said…
Tops says that the winning *designs* will appear, right? I don’t think it will be original cards. I think it will be new cards in those designs, the way they have 1984-style cards this year (and 1983-style last year). As long as it’s not reprints! I do feel obliged to make the joke that with all the trimming scandals lately, maybe that’s how they get 50s cards into packs.
June 6, 2019 at 8:02 PM

Chris said…
Hmm..I'm skeptical that Topps will include original cards from the '50s in packs of 2020 flagship when it is so much easier for them to use recycled pictures of said cards as inserts. Best case scenario? We get seven decades of stamped Rediscover Topps buybacks with authentic '52 singles a tough but theoretically possible pull (though I dare say it would be a crime to stamp such cards.) Worst case scenario? Rediscover Topps "inserts" like this.
June 6, 2019 at 8:06 PM

Brett Alan said…
And now that I’ve voted, can we talk about the players shown on the voting site? How does Dave Stewart get in with all those all-time legends? I mean, he was a fine pitcher, but just about everyone else is at least close to HOF caliber. And why are so many players repeated, but no sign of Seaver, Mantle (I guess they don’t want to use him because of the Panini deal?), Musial, Mize, Bench, Pedro Martinez, Gary Carter, Mariano Rivera, Wilhelm, Kiner, or Frank Robinson? How are there two Glavines and no Maddux? I realize this is a bizarre thing to care about, but...well, I don’t know, I notice these things.
June 6, 2019 at 8:45 PM

GCA said…
There's no way these will be original cards. The Topps suits got together for a special meeting because they are out of ideas and Heritage, Archives, rookie card inserts, and the annual overblown tribute insert set aren't enough avenues to recycle old designs.

Jim from Downingtown said…
Does anyone have any expectation that Topps is going to do something right with this shimmy-sham?

Imagine what involves the least expense on their part and the most revenue gain from you, and think if "original cards" plays into that concept whatsoever.

Bulldog said…
I think we voted for four of the same sets. We'll see what Topps does with the winners but I thought it was cool.
June 9, 2019 at 9:57 PM

Michael Ott said…
I agree with almost all of your choices. I have no affinity to any 2000s set, but I picked 04.