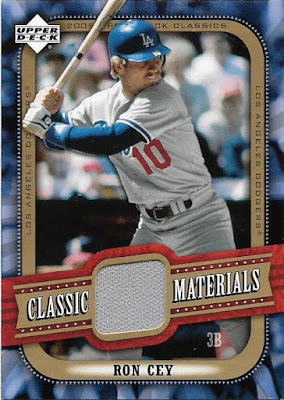 I used to have a co-worker who took issue with weather terms such as "wind chill" and "heat index". Any attempt by a meteorologist to express what the weather "feels like" over and above the measured temperature would cause him to break out into a sarcastic rant.

I could see where he was coming from. If it's 78 degrees outside, then how can it be 84? Aren't you just making yourself more miserable by saying, "yeah, but it FEELS like 84"? Hot is hot and cold is cold, right?

But I get what weather folks are trying to do, too. Obviously, moisture in the air and wind speed make things more miserable or more pleasant to some people (depending on the season and the person's tolerance). That's why "it's not the heat, it's the humidity" has been beaten to death all these years.

I happen to live in an area that gets humidity. There's a lot of water where I live. If it gets hot, it's probably going to get humid. And it's a rare treat when it's just plain hot (today is one of those "rare treat" days). However, I actually don't mind humidity. Often, it doesn't even occur to me that it's humid until someone around me goes into one of those Humidity Rants (the worst part of humidity might be people complaining about the humidity).

I've dealt with humid conditions all of my life. So places like the Southwest seem exotic to me. Dry heat? What's that feel like? No humidity? Wow, that's weird. I know some people with health issues or low tolerance for humid weather move to the Southwest for the summer. It must be more comfortable there. Or it must feel like you're 2 inches from the sun.

I'll stay where I am, thank you.

But anyway, I received a package straight from that Southwest hot box just a couple of days ago. It was from Angus of Dawg Day Cards, who actually hails from my general area of weather patterns, but I believe he was visiting relatives in the Dry Heat.

He did mention the heat out there and suggested that it wasn't helpful for penguins, which is why the above relic card of The Penguin showed up in the box Angus sent.

More Penguin in a moment, but let's see some of the other cards in the package. 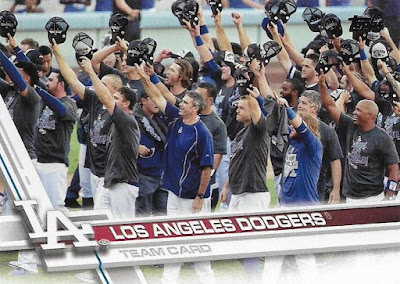 The Dodgers Salute Vin Scully card is finally mine. This happened after L.A. clinched the NL West in Scully's final home game of broadcasting. You can see the Dodgers wearing their "Made for October" T-shirts. 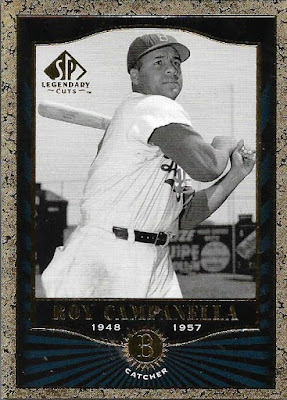 Heading back to the days when the Dodgers played home games in Brooklyn, in the humidity. I enjoy almost all of Upper Deck's early 2000s Legendary Cuts sets. Nicely done. 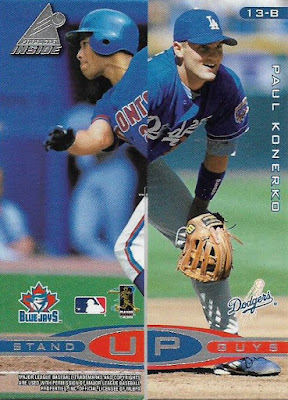 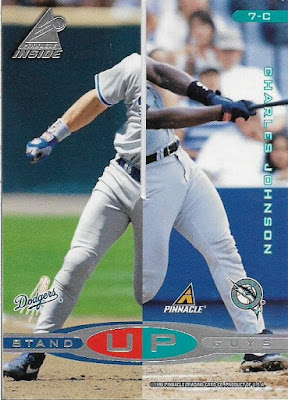 Angus threw a couple of these "partial" Pinnacle Inside Stand-Up cards at me in hopes they could make one, full Dodger card. Unfortunately, they didn't. And I don't know what to do with a card that is half Paul Konerko and half Jose Cruz Jr. 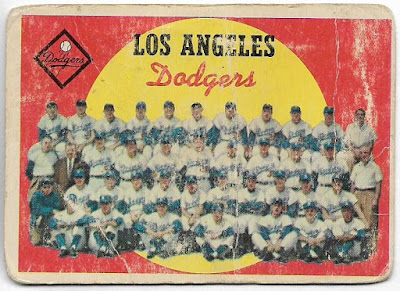 Get a load of this beater! Yep, I have a couple of the 1959 Dodgers team cards already but not one that is as gloriously scuffed as this. This is a card worn in the right way. No intentional damage here, just the sign of a kid carrying this card wherever he went for a summer. The back indicates the kid also had the Whitey Ford and Bob Clemente cards. I'm jealous. 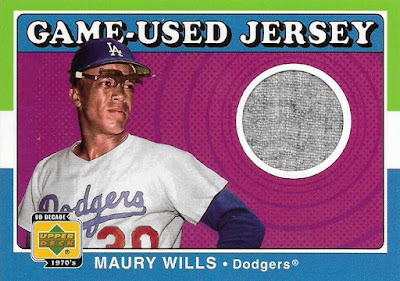 Get me all the Dodger relics from the 2001 Upper Deck Decade '70s set. Please! 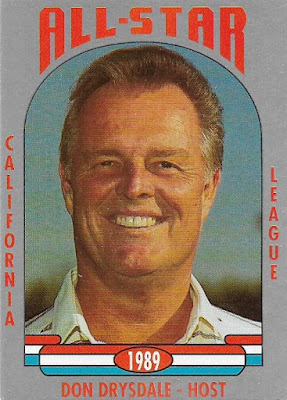 This is great. The highlight of the box for me.

This card comes from the 1989 California League All-Stars set, a minor league set that has escaped me, despite several future Dodgers included (Karros, Offerman, etc.). Drysdale was a Dodgers announcer at the time, as well as the owner of one of the teams in the California League.

I can never get enough Drysdale cards. 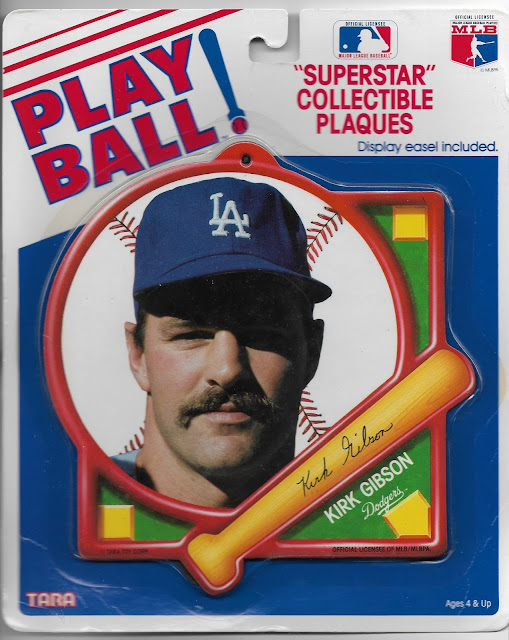 The other two items in the box were not cards.

The above weirdness is one of those "collectible plaques" from the late 1980s. I have the Orel Hershiser one. This looks very 1980s and usually I know exactly what to do with stuff from the '80s, but these escape me. I could display it in the "display easel" that comes with it, but then I'd feel required to change everything in the room to pastel and neon and install a sound system that plays Motley Crue and Limahl all day. 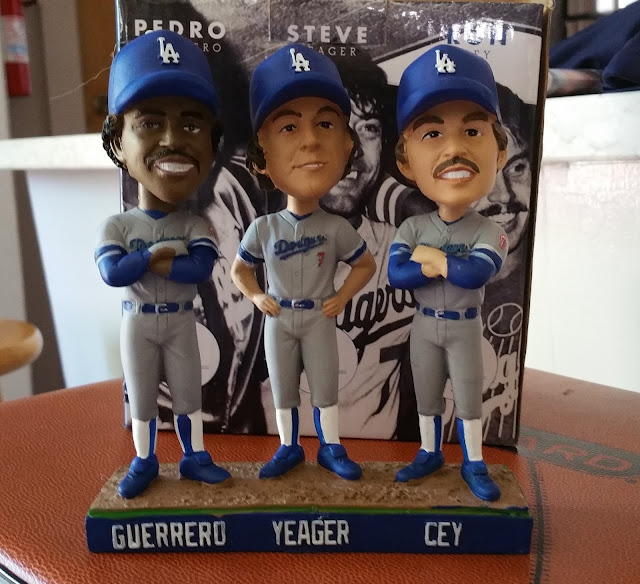 Here is the other Penguin item. It came with two friends.

The 1981 MVP bobblehead set was a giveaway at Dodger Stadium last year, commemorating the 35th anniversary of the Dodgers' triumphant victory over the Yankees and the tri-MVP award. 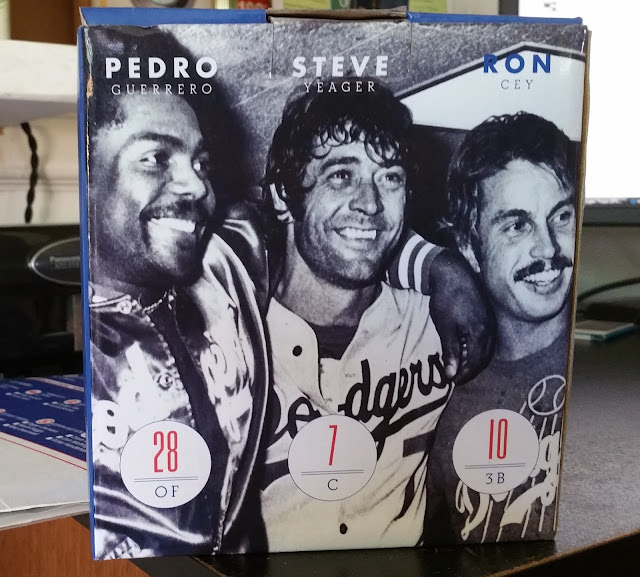 There is the photo on the back of the box that I know well. Pedro Guerrero was so young at this time. People barely knew who he was and he was already a World Series MVP. And Steve Yeager? Whaaaat? He actually did something MVP-like? That was a crazy time.

Sadly, the bobbles don't "bobble" all that much. Not like my "Infield" bobblehead anyway. I'll have to set them up together on the same shelf and maybe they can trade bobble lessons.

Angus told me something else was headed my way as well and I guess he's headed back east, too.

I think he'll enjoy the weather when he arrives. The heat index is low.

Mike Matson said…
I miss the cold humidity of back home.. Northwestern Ontario had dry heat and cold humidity in the form of fog.
If I could afford it, I'd probably move north in the summers and live here in Peterborough in the winters lol

Nick said…
Dang, guess the Tribute to Vin card I dropped in the mail the other day will be a double for you then. Hope you can use a few of the others I threw in, at least.

Never been a huge bobblehead fan, but that's a sweet trio right there. Love the Drysdale oddball as well.

Fuji said…
A. The only time I ever embrace humidity and heat is when I'm in Hawaii. The food and scenery makes the humidity tolerable.

B. The 2001 UD Decade relics are one of my favorite relic sets of all-time. Love the bright colors. I've actually thought about building the bat set since they're readily available. Those jersey cards are much harder to find in the bargain bins.

Have you ever cracked open the oven to take a peak and had that blast of hot air hit you in the face? That's whay dry heat feels like.
July 6, 2017 at 1:23 PM

Angus said…
I much prefer the dry heat to the heat with humidity. And breathing in the dry heat is like when you breathe in while in the sauna...you taste the dry warmth.

I laughed when I saw the Gibson plaque wondering what I would do if I saw a Browns one. Well, I'd buy it of course, but I would have no idea how to display it either.

I didn't see anything else from the Drysdale set but knew it was worth grabbing.

I was hoping you might have already had the other halves of the stand ups. I guess I'll have to keep an eye out.

As for the bobblehead, I saw it right when I walked in the store and when I asked how much it was, the staff didn't know as the manager or owner (or whoever was responsible) wasn't there. They called him and asked and I was shocked when the answer was $15. That was a no-brainer for a friend. I'm happy to add it to your collection.
July 6, 2017 at 10:41 PM