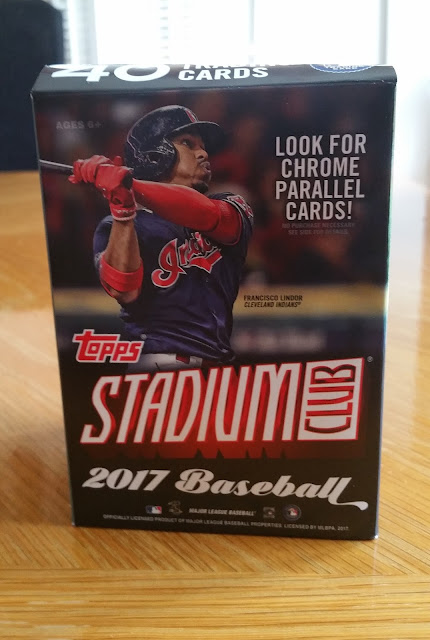 I've been away for a few days. But before I left, I advance-published some posts and stopped by my local Walmart in what is becoming way too much of a habit.

I did snag the lone Stadium Club blaster there, though. And now that I'm back, I figured I'd use this for one of my Blaster Power Rankings posts. It's been a couple of months since I've done one.

Stadium Club doesn't yield a lot of cards. It says so right there on the box: 40 cards. Dude, that's 50 cents a card, not exactly something worth shouting in big, bold letters.

But we all know Stadium Club means quality, and I don't mind spending for quality, especially when there's a blog post on the line.

When we last left the Blaster Power Rankings, the White Sox were leading with 18 cards, one ahead of the Tigers, two ahead of the Cubs and three ahead of the Dodgers. The Diamondbacks, Indians, Padres, Rays and Angels were bringing up the rear with four cards apiece.

I don't expect a ton to change with just 40 cards, but there are pretty cards to see! Let's get to it. 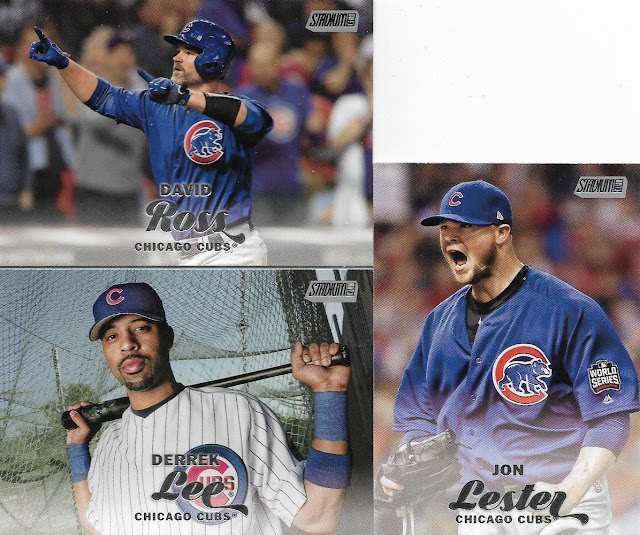 Only one of the players here is currently a Cub. But at least I get to listen to a Dancing With The Stars reference from ESPN at least once a week!

Yay! I needed Thompson and Snider. Maeda will go into the "If I was collecting 2017 Stadium Club" stack.

How about that McCovey card? Makes the other two look like stiffs. 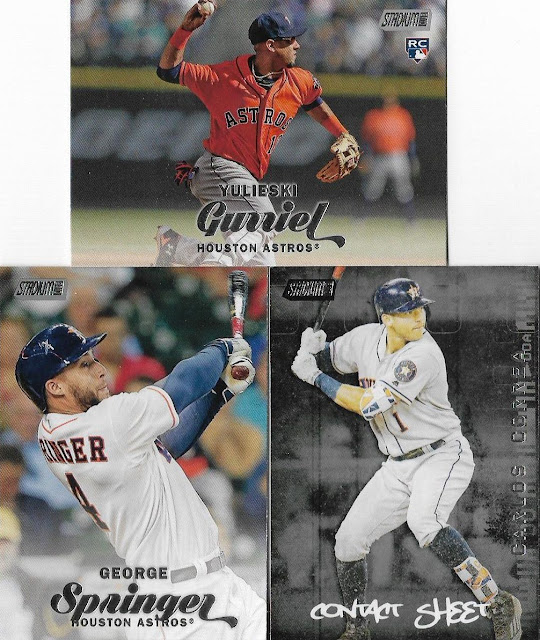 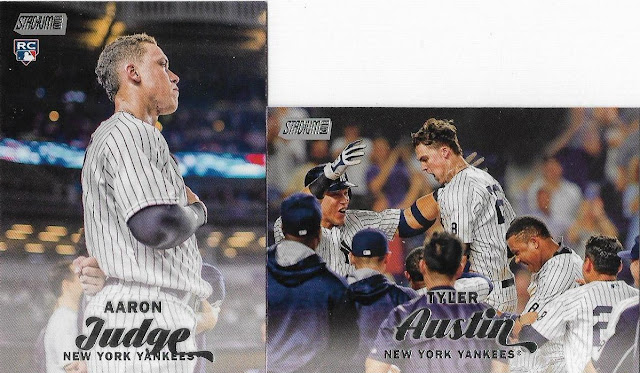 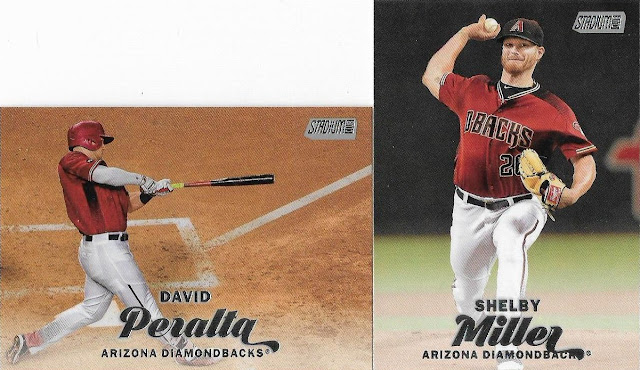 Back when they kept their uniform options relatively in check. 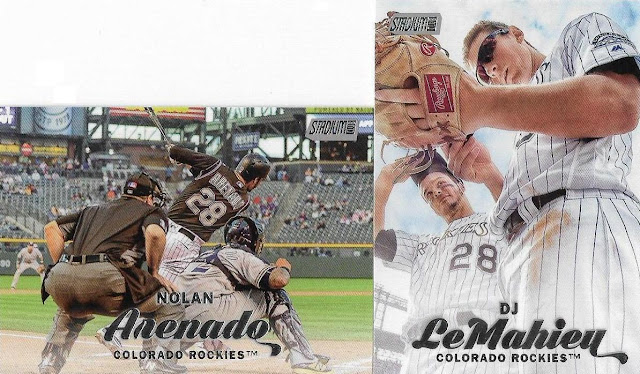 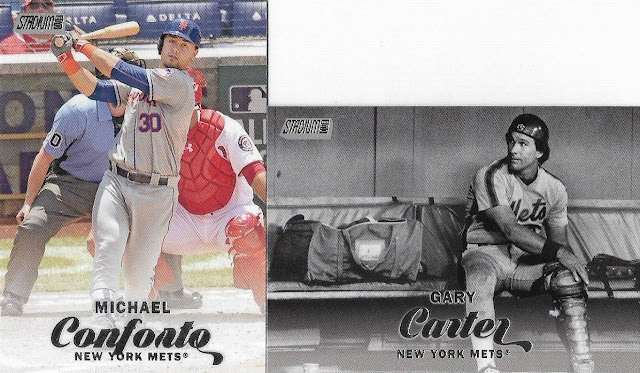 A black-and-white card of a player who played during the '80s throws me off because I automatically think it's a parallel. I'd rather see the card in color anyway. 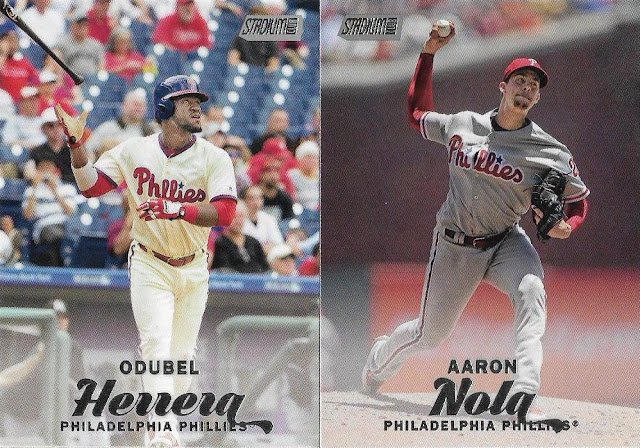 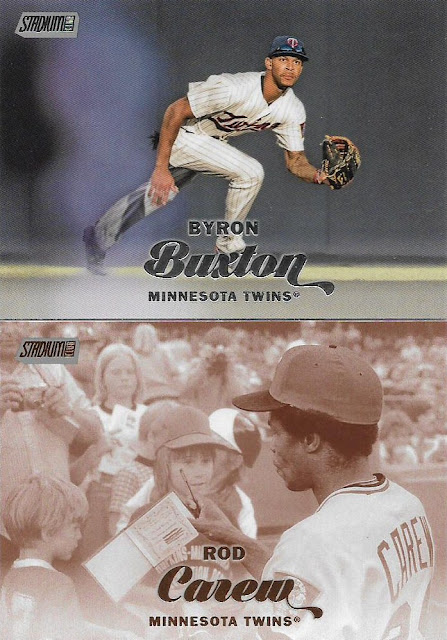 OK, get ready for annoyed night owl! I don't care for these bronze-foiled/sepia-toned, retail-only cards. It gets me confused with the orange-foil/black-and-white cards, which look much cooler. Clearly define your parallels!! Also, I really wanted the regular, base version of this card, in glorious 1970s color. Because this scene reminds me of everything from the '70s. I knew kids that looked like this, with those kind of clothes and those kind of haircuts. Hell, I was that kind of kid! And I remember those red Twins caps worn at the time. I so, so, SO remember them. I WANT THIS CARD IN COLOR!!!! 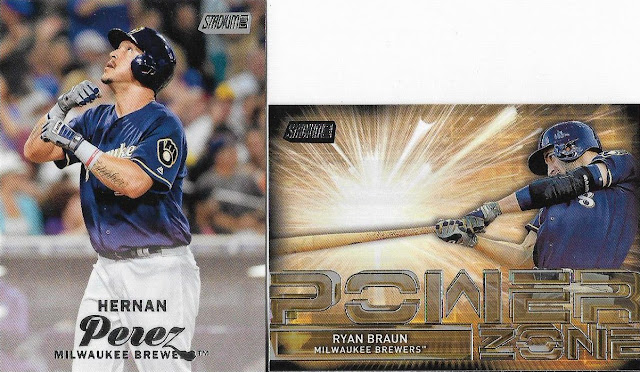 Almost all of the inserts I pull from Stadium Club from the last few years have featured Ryan Braun or Albert Pujols. These are of zero use to me. 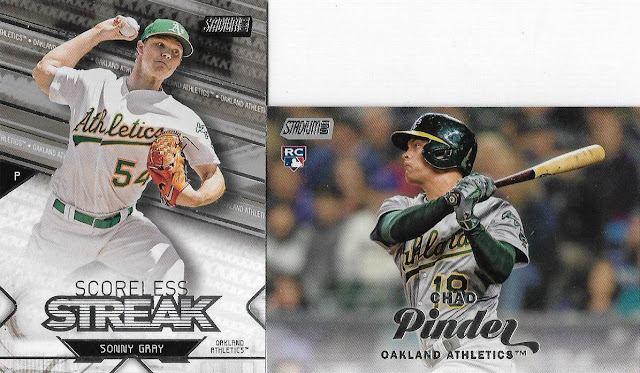 OK, I pull a lot of Sonny Gray inserts, too. Which is why the Dodgers need to acquire him, only so his inserts will finally have meaning. 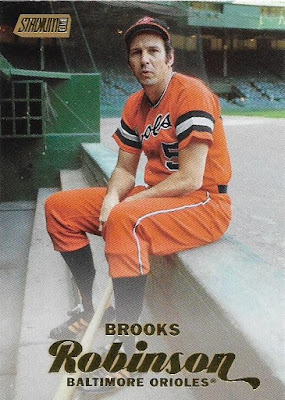 This is my favorite Stadium Club card. If you've read the Fleer Sticker Project blog over the years, you know of his obsession with the all-orange Orioles uniforms worn only during the end of the 1971 season and the start of the '72 season. It's pretty cool to see this on cardboard finally. This also happens to be the gold parallel. 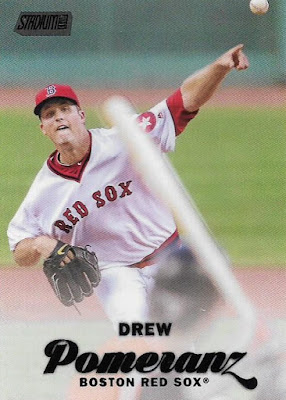 Another throwback, this time from the period when I was just getting to know the Red Sox, 1975-78. Although I enjoy throwback unis from my younger days, they never seem right on modern players only because they're much more baggy. It throws off the whole vibe (As usual it took me many hours afterward to figure out this was a black parallel). 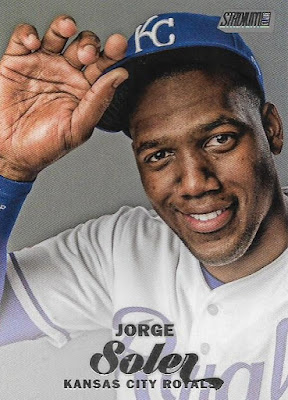 All you need to see is that hand to know that Soler is a big man. 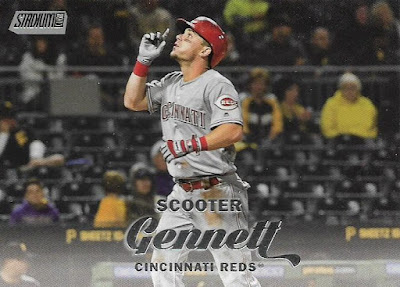 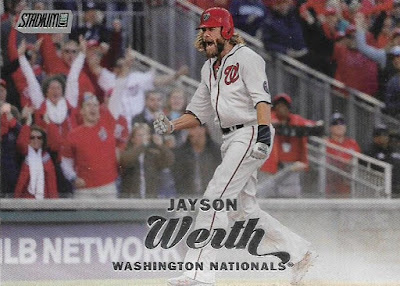 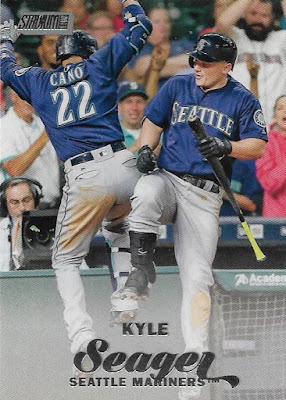 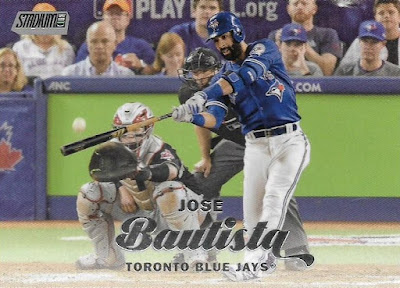 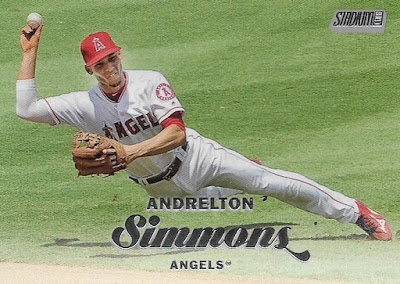 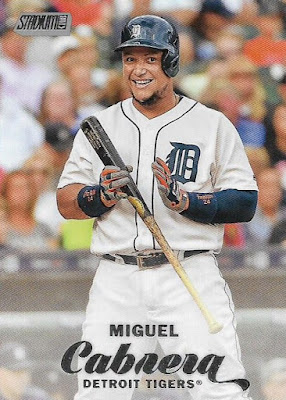 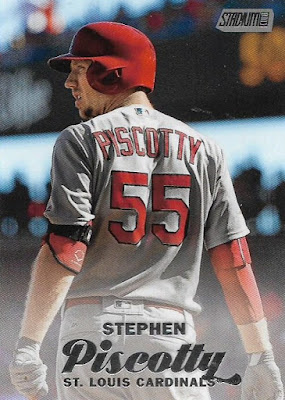 Those matte-finish helmets make it appear as if Piscotty's helmet has been airbrushed. 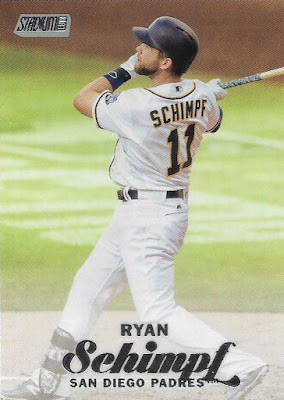 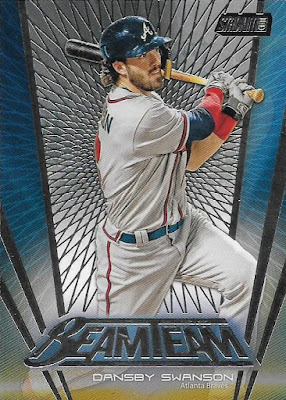 This will be headed to Johnny's Trading Spot as thanks for his Christmas In July package that I'm sure I won't get to until August.

I still don't understand what's going on with the lack of Indians cards this year. I know there aren't many bloggers that collect them anymore (there used to be a ton). But come on, this is a World Series team from last year!!! Just like the Cubs, remember???

The North Siders take over for the South Siders at the top. I guess that was inevitable. I'm just happy I'm pulling so many Dodgers.

Next up in this series, I'll probably bite the bullet and get a blaster of Series 2. Or I could buy cards I actually like.

Adam said…
Dang it! Now I want to buy some Stadium Club!

Coast To Posts said…
Damn, those are some nice looking cards. Really nice photography and I like the chosen vintage photos of the past players.
July 27, 2017 at 9:02 PM

Commishbob said…
SC hits a lot of homers with the cards of old-timers. I got that McCovey in my pack and it's a beaut. Color me jealous of the Brooks card. I'll head off to the net to snag one. As you noted SC is too expensive to buy in hopes of hitting a particular card or two.
July 27, 2017 at 9:27 PM

Jongudmund said…
Was beginning to wonder if you'd get any Padres. Naturally it would be Ryan Schimpf.
July 30, 2017 at 8:24 AM