February 03, 2017
I have wanted to chronicle the first Dodger card that I pulled each year for as long as I've run this blog.

It's pretty cool being able to place your collecting history all in one place, and then have like-minded people comment on it, too.

Back when I was first pulling my first Dodger card of the season out of packs, the only way I had to document it was by announcing it in the back seat to my brother, who really didn't care because he was looking for his first Red Sox card. 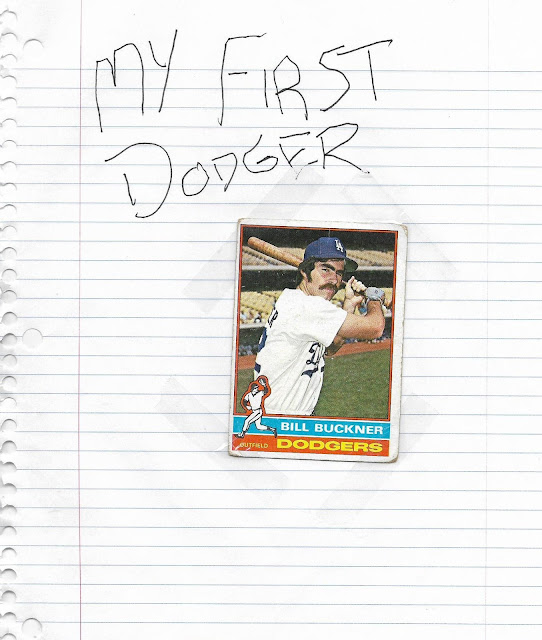 Even this isn't an accurate representation, because although I would have definitely taped down the card by four corners onto a sheet of lined, white paper, there are several things wrong with this:

A) It's not written in crayon (I searched the house for a crayon. They don't exist here anymore).

B) There was no such thing as transparent tape when I was a kid (yes, that's how old I am, I remember the mind-blowing day when "invisible tape" first showed up in stores).

C) It's not the right kind of paper (If I were to document this in a notebook, the lines would be much farther apart, but more likely I would have pulled out a sheet of loose leaf paper on which to plaster that card).

D) I have no idea if Bill Buckner was the first Dodger I pulled in 1976.

That last reason is why I haven't already committed a post to all of the first Dodger cards I pulled each year. I simply don't remember a lot of them.

I pride myself on my fairly complete cardboard memory. But the only "first Dodger cards" I can remember immediately are ones I've repeated several times already -- the 1974 Topps Tommy John card, the 1975 Topps Steve Yeager card, the 1977 Ellie Rodriguez card.

For many of the other years, I would have to focus on each year of my Dodger collection and hope a memory of me staring happily at my first Dodger card of the year -- in my room, on the playground, in the car, on the way home from the store -- would pop into my consciousness.

But it's nothing I know for sure. The first '76 card could be Buckner, or Charlie Hough, or the Dusty Baker Traded card. The first '78 card might be Terry Forster. Or maybe it's Rick Monday. I'm positive my first 1980 Dodger is Lerrin LaGrow. But damned if I know my first 1982 Dodger.

So what I'm going to do is show the cards that I do know, which are the first Dodgers I've pulled for each year of this blog. Every year I write a post for the first card purchase of the year and every year, thankfully, I've pulled a Dodger. 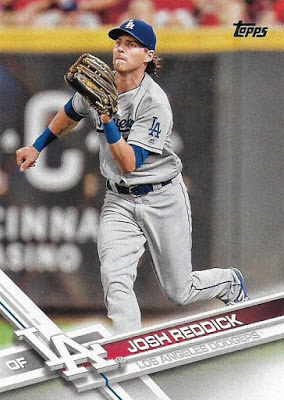 2017: Josh Reddick (actually, I pulled an '87 insert of Kenta Maeda first, and this is the problem with modern cards. An insert ain't part of the set). 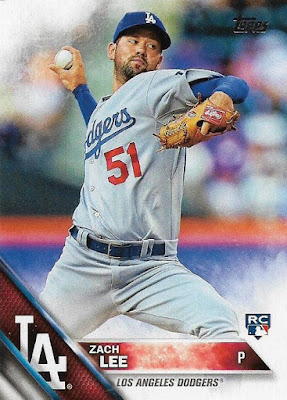 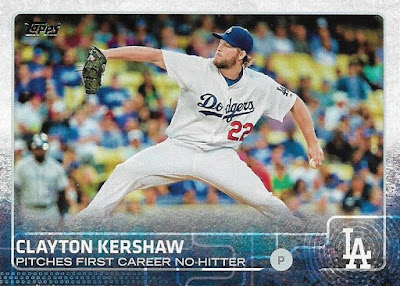 2015: Clayton Kershaw (not his actual base card, this is the one with a checklist on the back). 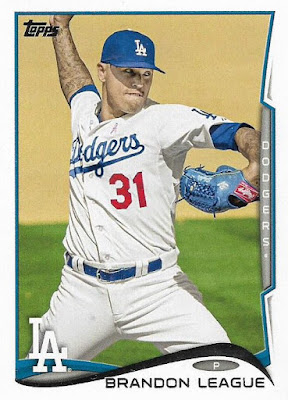 2014: Brandon League (harbinger of how disappointing the 2014 Topps set would be). 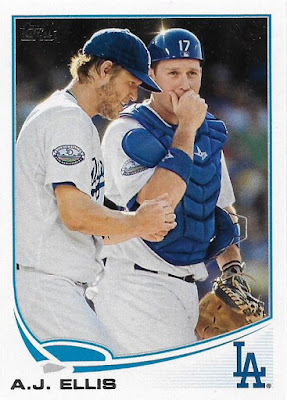 2013: A.J. Ellis (I actually pulled blue parallels of Dee Gordon and Chris Capuano and a '72 mini of Andre Ethier before pulling this card). 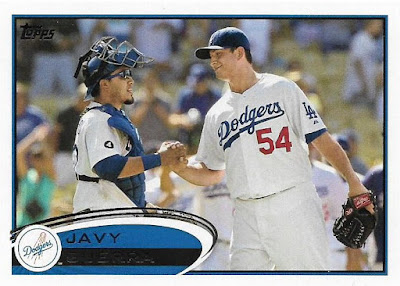 2012: Javy Guerra (Could be the first horizontal Dodger card I've pulled in a given year, but not sure). 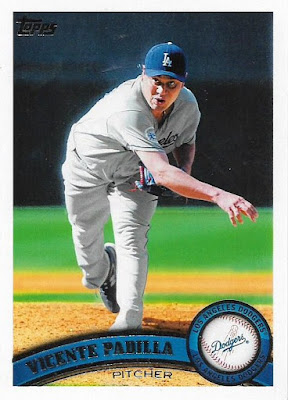 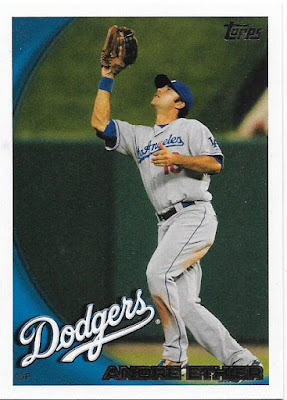 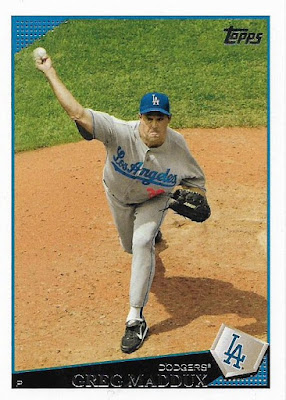 I'll add the other names and scans as I remember them -- if I remember them -- at later dates. (The gaps in years are for years I didn't buy any packs. There are other years, like for 2000-04, where I bought so few packs there may not have been a Dodger inside).

This will be a nice exercise to get the brain cells working. Along the lines of crosswords, jumbles and word searches.

But I'm not buying one of those adult coloring books. There are no crayons.

Johnnys Trading Spot said…
Your cardboard memory is so much better than mine. Going to TRY to hit a show tomorrow to grab something worthy of that Smoltzy.
February 3, 2017 at 8:31 PM

Bubba said…
I scoff at your Dodger Greg Maddux. Cool post this. I'll have to start thinking about this for Braves.
February 3, 2017 at 9:02 PM

acrackedbat said…
i have zero recall of any specific player. My first pulled cards came out of 93 Donruss. Donruss - and I still became a collector!
February 3, 2017 at 11:40 PM

P-town Tom said…
Is that the sparkle SP version of AJ Ellis? Wait, is AJ Ellis sparkle worthy? Topps and their crazy variations make it so difficult to be collector sometimes.
February 4, 2017 at 11:29 AM

Commishbob said…
Color me very impressed that you can do this. I have memories (pretty vague ones) of seeing certain cards when I was young but to remember pulling specific cards from your first packs of the year is a true measure of a 'card guy'.
February 4, 2017 at 11:56 AM