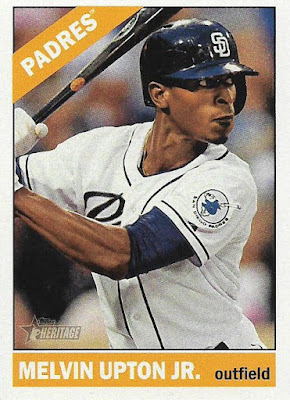 About a week ago, the king of the Supertraders, Wes of Jaybarkerfan's Junk, announced that he wasn't interested in being the Braves supertrader anymore. With the Braves flailing through another season, collecting the team didn't interest him that much.

That's not something I ever see myself doing, no matter how long the Dodgers go without returning to the World Series.

But I do reach my smaller breaking points. This is one of them.

I never expected the Dodgers to be a World Series or even playoff-contending team this season. I said that on this blog near the start of the season. But I did expect them to play with some degree of intelligence, meaning you beat the eternally bumbling teams of Major League Baseball that we all know -- particularly the Padres.

The Dodgers can't even do that now. Thanks to a meager offense, which has basically been an issue for the team since Gary Sheffield and Shawn Green left, and a horrific bullpen in the seventh and eighth innings, the Dodgers are now losing to the Padres, a team they absolutely murdered as the season opened.

I do not blame Kenley Jansen for surrendering Melvin Upton's winning home run on Friday. If the Dodgers continue to put relievers out there who can't find the plate, who are obviously ill at ease with their chosen profession, then I blame the system. I blame not only Dodgers management, but the template that managers and coaches follow like sheep that says a starting pitcher, who is clearly superior to any other pitching option on the team, must give way to garbage.

I have watched so many games over the years where an Alex Wood strikes out 13 and then is removed, just because he gave up a run in a now 1-0 game, just because that's the way we've done it for 20-plus years, so that someone else can eventually sabotage his own team. I don't want to watch games like that anymore. I enjoy good starting pitching more than just about anything else in baseball. Meanwhile, my least favorite thing on a baseball field is pitching incompetence. It's unwatchable. If I was a manager and a relief pitcher came into a tie game or with a lead and they walked a batter, I would pull him. I would last a week as a manager, but that is the worst possible thing for a relief pitcher to do in his job. If I was called into work because someone else couldn't finish the job and I proceeded to put typos in all of the headlines, I'd be fired.

(I know the Dodgers relief pitching was good Saturday until the fateful 11th, but that is one game. The problem is the inconsistency).

This is not a Dodgers problem. This is a major league problem and something I've railed about for years. It ruins the appeal of the game for me. And those who are 20 or 30 years old probably have no concept what I'm talking about, but they don't remember starting pitchers who regularly pitched into the eighth and ninth. Unfortunately, because of the way pitchers are trained now, players like Wood are probably incapable of going the distances that pitchers did until the '90s. That, to me, has left us with an inferior game.

The Dodgers don't deserve a night card for the way they've played even with all of the injuries. The bullpen is a spectacular disaster. The starting pitching is hit-and-miss. The offense is a barely noticeable blip.

I am not responsible for what I do to a Chris Hatcher card if one shows up this year. Or Carl Crawford.

(Update: Since I wrote this, the Dodgers offense woke up (with the exception of Crawford) and the relief pitching did a decent-ish job in 17-inning victory that could be described only as a beautiful disaster. Figures).

Fuji said…
As a Padres fan... not sure if I'm supposed to be offended or giggle at this post. I guess I'll go with the latter, since it's not really your fault the Padres are the laughing stock of the league.
May 24, 2016 at 12:06 AM