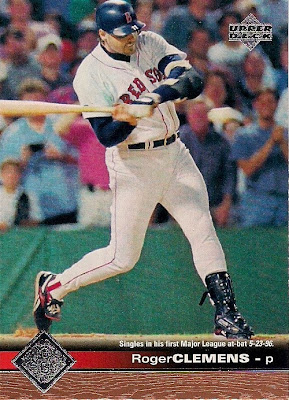 As you might know, the Baseball Writers Association of America will be releasing their selections for the Baseball Hall of Fame this week. The news has kind of been on the internet a few times.

In the past I've gotten a little irritated at the critics of the Hall and the BBWAA and gone on a few rants. While I agree that there are chiefly flaws in the voting rules that prevent deserving players from entering, I am now far more irritated by the nonstop bitching from both sides about the who, what, when, why and how of everything Hallish. It's too much talk, it's too much emotion, it's too much angst and it's gone on too long.

So, this year, there won't be a rant. Because it's just a Hall of Fame.

That's all it is. A building with some fancy plaques. Some people say certain players get in it and that's all. But whether the players get in or they don't, they're still talented players. They wouldn't be considered if they didn't have talent. Nobody's saying they're not talented or noteworthy or "famous" if they don't make the Hall.

So why all the bitching?

I don't know. I have theories. But I'm done doing that.

So if Roger Clemens makes the Hall on Wednesday, some people will fume, some will cheer. I'll say, "that's cool" and be on my way. 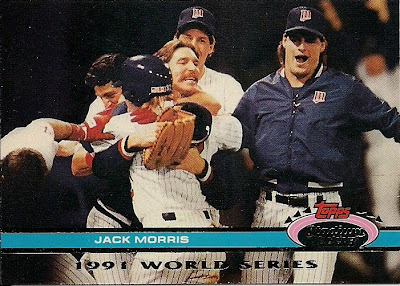 If Jack Morris makes the Hall of Wednesday, some people will fume, some will cheer. And I'll say, "that's cool" and be on my way.

The same goes for Maddux, Glavine, McGwire, Thomas, Mussina, Piazza, Biggio, Bagwell, Walker, Bonds and whoever else is on the big board.

It's not worth doing anything else. Save the ulcers for something worthwhile.

Anonymous said…
I've gone back and forth on how much I care about who is in the Hall of Fame...I'm kinda tired of it too. There are a few guys that I think should be in that are not (Rose, Shoeless Joe are the more controversial ones), and others that I don't think should make it (Bonds and Clemens head that list). If they do, will I boycott the Hall of Fame? Considering I haven't been there in over 20 years, it would be a silly boycott.

I plan to go sometime after the induction of 2016 with my boys because we want to see Griffey's plaque. I don't want to go induction weekend because I hate huge crowds. If Griffey doesn't make it in 2016 (how could he not?) then we'll go in 2017 or whenever he does get in. I guess it's not that big of a deal to me anymore.

And I don't see how you can say Shoeless Joe and Rose belong while simultaneously saying Bonds and Clemens do not. That's a really weird set of situational ethics right there. What about all the dopers from the 60s? Mantle was dropping "greenies" like candy. You don't think that "enhanced" his performance? I say Hall selection ought be determined by what you produce on the field, however you produce it. Heck, I'd build a whole wing for Dock Ellis to celebrate that no hitter of his. When you think about it, that might have been the single greatest feat in the history of the game. Leave the rest for the legal authorities. Let the Sunday preachers do the "judging", so that they will, one day, be judged. Mantle, Rose, Shoeless Joe, Bonds, Clemens--they all deserve to be in the Hall based on what they did between the lines. But, if we're going to exclude people based on "character" and "cheating", then empty it out. Gaylord Perry was a cheat, Mantle was a druggie, and Ty Cobb an unrepentant racist. Nobody's hands are clean, here. And, were anyone else in the precise position Bonds and Clemens (for example) were, I submit to you that 99.999% of them would have done exactly what they did. This holier than thou crap has got to stop.
January 5, 2014 at 8:42 PM