Stepping up its game

April 01, 2013
I don't want to be on of those collectors who can only criticize Topps. There is no productivity in that.

When Topps does something right, I want to acknowledge it.

Here is what I want to acknowledge:

Topps has improved its game in almost everything it has released so far this year. The flagship set is much better. Opening Day, for those of you who care, is also better all around. I won't say the same for Heritage because I'm still annoyed about the cardboard and even more annoyed by who is in the SPs this year. But overall, much better.

The area where it's an across-the-board route is with the parallels. The retail red and blue (and purple) parallels are vastly better than last year's. The pink and camo are a nice touch (not that I'll see any). The emerald sparkle is a million times better than the gold sparkle. And the traditional gold parallels are back in the base set where they belong. In Opening Day, the blue sparkle things are better than the drab Walmart style blues it once featured.

And then there are these things: 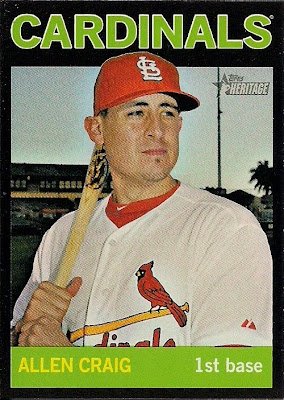 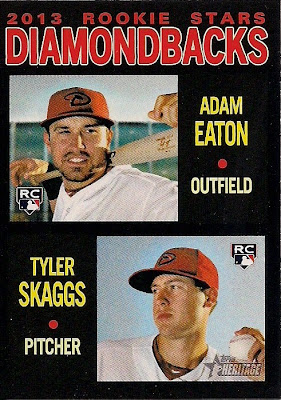 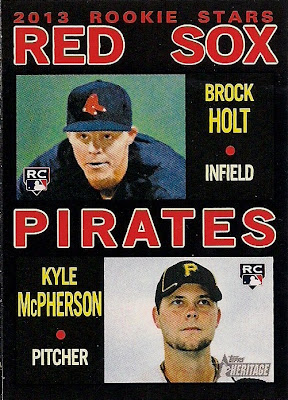 These are the blister-pack exclusive black borders in Heritage this year. I walked right past the Gypsy Queen packs on Saturday to grab one of these (the only thing in GQ I care about are those Dealing Aces inserts and there's no way I'm paying 10 bucks for a rack pack of ugly for a shot at one of those).

I'll admit I struck out on my selected trio (all three cards already have destinations, by the way). But my, my, my, don't they look grand?

Topps did luck out with the '64 design. There won't be another Topps design so covered in white space until the 1973 set. (Get ready for oohs and aahs in 2022). And for those of you still disturbed by the thinner cardboard, it will impact your opinion on how much you like these. But that doesn't nullify the fact that they look much better than the blister pack Heritage parallels of the last few years.

Topps may have steered me more toward vintage with its diabolical set-completion game of survival and a few other irks and icks. But it does do stuff right now and then, as this year will attest.

That, above everything else, is what I want this post to say:

Programming note: The Dodgers Player of the Game feature has been added to the sidebar for the 2013 season. As in past years, I will award a "player of the game" every time the Dodgers win a game this year.

As you may have heard, the Dodgers won their very first game a couple of hours ago ... against the Giants ... in the best way possible. I will be gloating about this for a looooooooooooooooooooooong time.

No surprise on the first Player of the Game either. 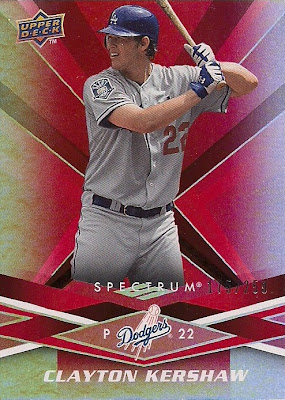 Spiegel83 said…
Clayton Kershaw showed off his skills today and seems to be the greatest baseball player ever. He dominated today's game. The stadium was so loud after he crushed that homer.
April 1, 2013 at 9:34 PM

BaseSetCalling said…
The Tigers broadcasters kept a running update of it somewhat, and I could mostly think it should lead to some awesome Kershaw cards in 2014 sets.
April 1, 2013 at 9:36 PM