Steppin' in a slide zone 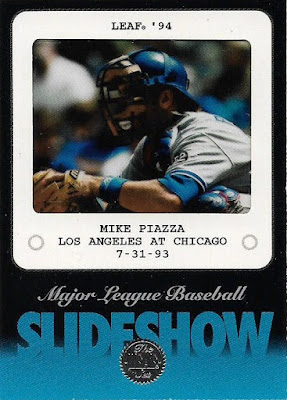 Here is another one of those stories from when I was a kid. You people under 40 are just going to have to ride along.

I don't know what age I was -- I know I was older than 6 but younger than 10 -- when my dad first gave a slide show for us kids. We sat in a room off the kitchen, the living room and steps upstairs on the other side (that room was so cool -- it had two doors!). My dad put up the projector screen and then out came the slide projector. It was the wheel-style (or what Don Draper called a carousel). That scene in "Mad Men" brought it all back. I remember the rhythmic clicking as the wheel shifted from slide to slide. I remember watching each slide as if it was a movie and being disappointed when the screen came up blank -- because that was the end of the show.

Slide projectors were quite popular in the '50s and '60s, and I'm sure my parents bought one because that was the thing to do at the time. I've been fascinated by slides ever since (the ones you'd look at under a microscope in biology class were cool, too). My brothers and I saw a slide show maybe only once or twice. And I remember begging my parents to have another slide show a number of times. And wishing there would be a slide show that evening many other times.

But it was only those one or two times. I don't know why. Maybe the projector was a pain to work. Maybe there weren't enough slides. Maybe my parents were bored after going to so many slide-show parties that were all the rage back then.

But my appreciation for slides and slide shows has lasted all this time, as has my disappointment in that no one puts on slide shows anymore.

Even back in 1994, when the above Mike Piazza Slideshow card was issued by Leaf, slides were long past their time.

But I know others are as fascinated by slides as I am, because it has taken me this long to land one of those Slideshow inserts. I once had this very card saved in my COMC cart maybe a year or more ago, and it was swiped away from me.

Fortunately, Angus of Dawg Day Cards went to a card show the day after going to one with me (back-to-back shows, sounds glorious) and found that Slideshow card along with several other Mike Piazza cards.

The Slideshow effect mimics a slide to near perfection, including the date of the photo and the black film for the photo. 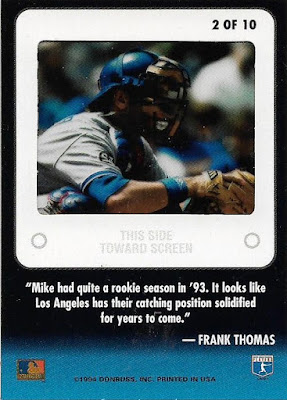 Switch to the other side and you have what a slide looked like when you flipped it over. Plus a prescient quote from Frank Thomas. Little did Thomas know about those Fox owners.

When I view this card, I am back in that room off the kitchen (the same room where I watched my first World Series and Super Bowl, by the way). The lights are off and the projector is whirring.

I haven't seen those slides since I was a kid. My mother still has stacks of photo albums, but maybe they converted the slides to pictures. I should ask someday.

Anyway, here are some other Piazza cards from Angus that don't stir nearly as many memories: 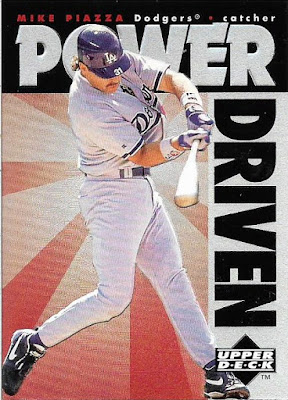 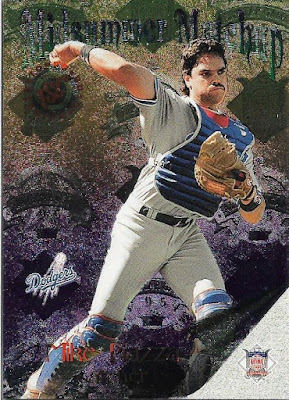 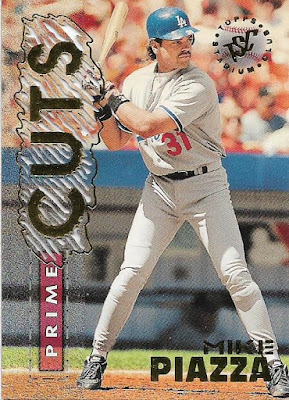 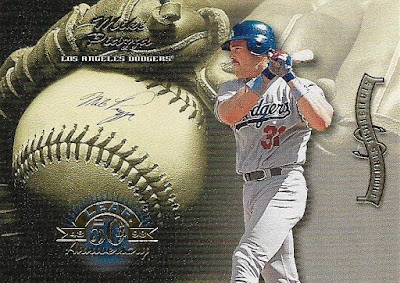 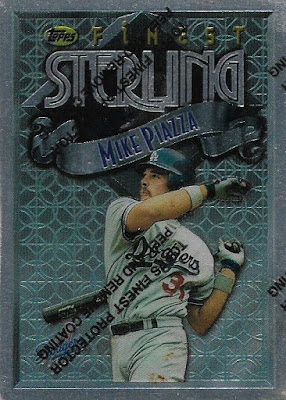 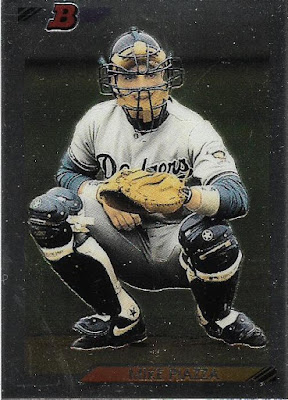 He also contributed some other non-Piazza cards. Just a quick look at those: 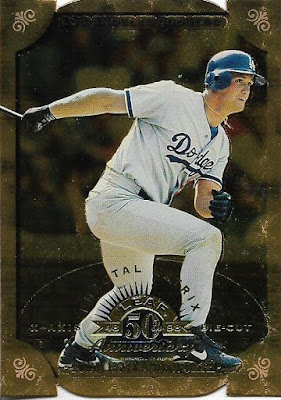 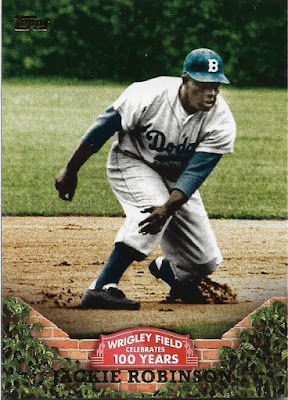 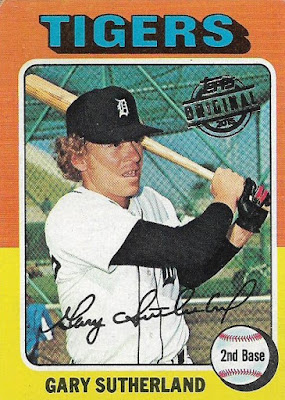 The Jackie Robinson card comes from the Wrigley Field series from this year. It's the only card from that series that I wanted. The Gary Sutherland '75 buyback takes me to 85 total buybacks from that set. And I've got a few more on the way! 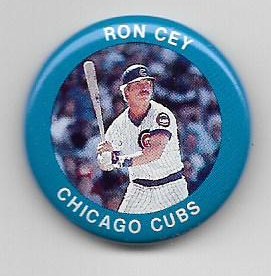 However, the last few nights, this Dodger fan has felt a kinship with Cubs fans. We are rooting against the same team and will be again tonight. So I'll abide by this pin for at least another day.

I'll be tuned into games for the rest of the today. Tonight will either continue with the crap that today has been dishing out so far, or be so wonderful that I will wish it had its own slide show.

Angus said…
Glad you enjoyed the cards. I thought it funny to find it the day after going to the show with you considering that I wasn't even aware those slide cards existed before seeing the other slide card with you and having you mention that you needed the Piazza.

I bought a handful of stamped buybacks in British Columbia but know the rules that the '75 ones belong to you and the others can go to Shane.
October 11, 2016 at 7:58 PM

Billy Kingsley said…
I never got to experience slide shows but I do have some old family slides from the late 1960s. One of them will probably be posted on the blog someday, as it's of Joe Namath from when they practiced in Peekskill, where my family is from.
October 11, 2016 at 9:41 PM

David said…
I remember getting film developed in the early '80s. I had to choose between prints and slides. You couldn't get both. Maybe that contributed to the decline in slides popularity.
October 11, 2016 at 10:10 PM

I remember slides, I suspect they were just more of a pain than they're worth. I have more memories of holding slides up to a light to see what was on them than of actual slideshows.

Tony L. said…
That clicking sound of the carousel...hahaha. I still hear people calling their PowerPoint presentations "slide decks" and that makes me chuckle.

We were poor people in my neighborhood, so the only time I remember seeing such a presentation was when a woman in our church went to Australia. It was such an exotic thought to us back then (early 1980s) that we had a whole-church presentation by the woman to go through her slides.
October 12, 2016 at 7:44 AM

The Lost Collector said…
Those slide show cards are very cool. I remember seeing them in the pages of Beckett and Tuff Stuff growing up.
October 12, 2016 at 10:02 AM

Commishbob said…
I can't tell you how many family slide shows I sat through in my uncle's basement in Secaucus NJ while I was growing up.

Years ago someone dumped a bunch of slides of 1980s NFL players onto eBay. Some were action shots but most were PR head shots. I nabbed a few of players who never had a card and who I needed for my fantasy team binder. I held on to them for years until I found a cheap USB slide 'reader' and I turned them into custom cards.
October 12, 2016 at 12:25 PM

Adam Kaningher said…
That's an amazing scene from a great show. I have most of my family's slides in the closet, but I have no idea if my dad still has his old slide projector.
October 15, 2016 at 1:51 AM