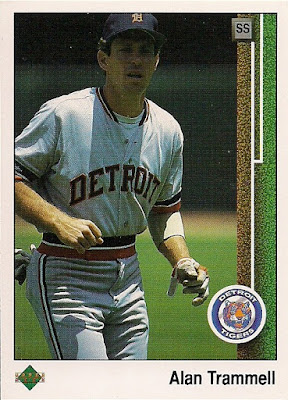 I don't have much to say after yesterday's Archives diatribe, so let's play a game of "Better Going Than Coming".

As you know, Upper Deck burst upon the scene with several innovations, but the most notable one for me was the fact that there was a large color photo on both the front and the back of the card. Wow.

Periodically, I'd look at the photo used on the back of the card -- which was smaller, because UD had to squeeze in those infernal stats onto the back, too -- and wonder why the back photo wasn't the one on the front of the card. The card looked better going than coming!

(By the way, the back of the Trammell card isn't much better than the front, and '89 Upper Deck had photos that are as dark as anything Donruss put out -- I never could figure out why nobody ever mentioned that).

So let's play that game of Better Going Than Coming with one card from each of Upper Deck's first five sets: 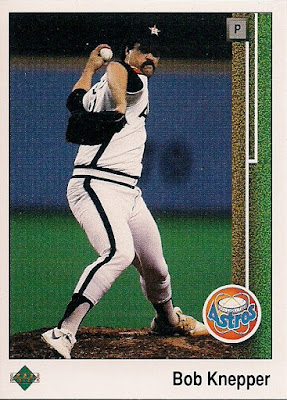 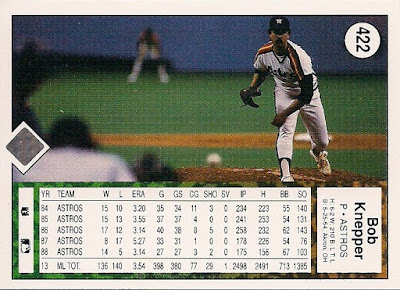 Knepper looks better going than coming because who doesn't love a landscape picture of the pitch floating halfway between pitcher and batter? These always make great front shots, and the angle is even different from what you normally see. Usually, the camera is almost directly behind home. 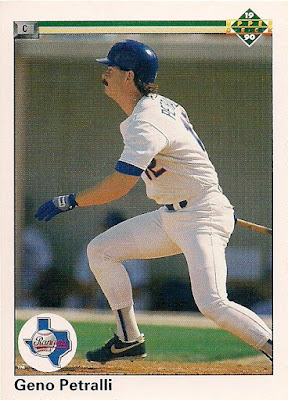 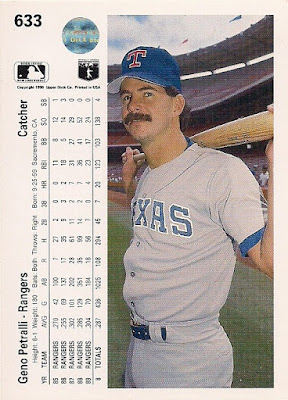 There would have been nothing more amusing during the height of "Bo Knows" than showing a backup catcher in the "bat behind shoulders" Bo Jackson pose on the front of a card.  In fact, go ahead, put some shoulder pads on Petralli, too. 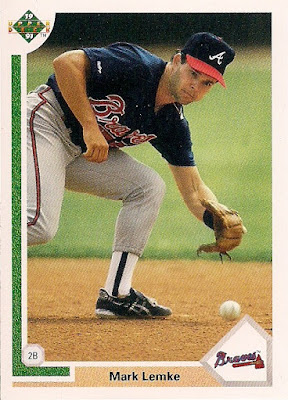 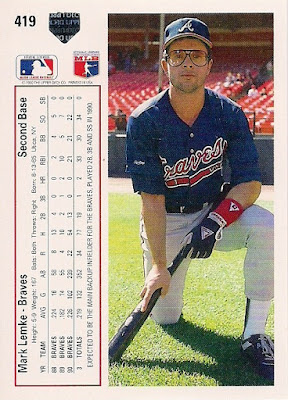 I enjoy Lemmer's concentration on the card front, but I enjoy those giant '80s glasses even more. Put that baby on the front and those glasses grow to novelty proportions. 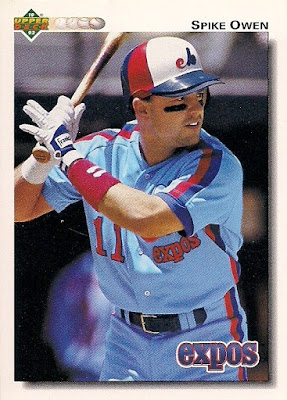 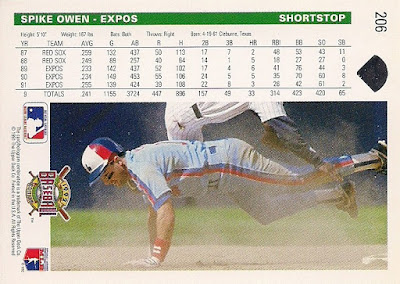 I don't know exactly what's going on with the card back photo -- because those blasted stats are taking up all the room -- but I know it's something great. If this photo was on the front, it would be instantly memorable. 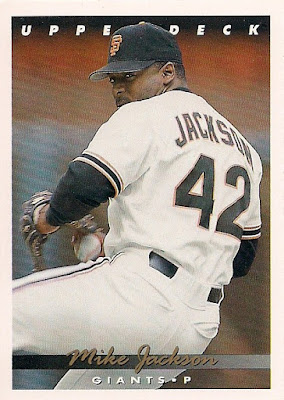 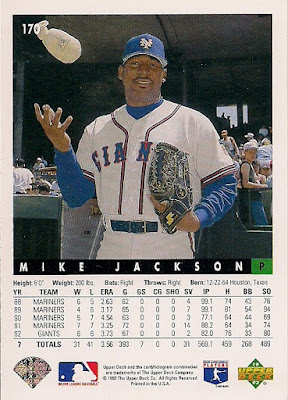 1993 Upper Deck is full of fantastic photography -- front and back. I think a photo of Jackson in a throwback uniform, heaving a resin bag (or maybe he stole a sandbag from a flood wall) into the air would have made a much more memorable cover photo.


And that's today's edition of "Better Going Than Coming"

Zippy Zappy said…
I thought one was supposed to take a shot of vodka every time they found a photo on the back that's better than the one on the front? Or is that one the home version?
June 12, 2015 at 9:06 PM

The Junior Junkie said…
Upper Deck cards have some of the nicest behinds in the industry. The Lemke Blue Blockers card really did it for me.
June 12, 2015 at 11:04 PM