Proof that Dodgers fans and Giants fans can live in harmony 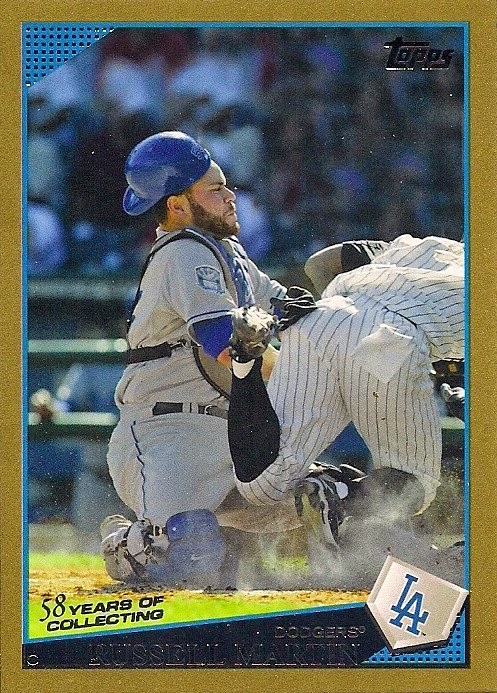 The Pirates fan shrugged and mentioned that the Reds were the team's big rivals back in the '70s when they always met in the playoffs. I wondered about the Phillies and he said, yeah, maybe, but he didn't seem too sure about it.

This was odd to me. For me, as a Dodger fan, having a team or teams that are well-defined rivals, hated teams, repulsive counterparts going back decades, is one of the key elements of fanhood. Buy your favorite team's cap, collect their baseball cards, watch their game late at night, and root vigorously against their longstanding rival. All of these are one-and-the-same to me. If I couldn't spit on the Giants every year, there would be a hole in my baseball experience.

The Giants have always been there -- the evil side of the coin. They wear black for a reason. For a couple of decades, they mattered little and were barely a thought, replaced as the leading enemy by the Reds, the Yankees, the Astros, the Phillies, the Braves, the Cardinals and the Mets. But I could still hear the Giants' meager number of fans whining about the Dodgers, although it was easy to ignore.

In the last 10 years, that hasn't been the case. Three World Series wins through primarily voodoo means leaves little doubt. I hate the Giants and always have. World Series titles or not, they're clearly inferior to the Dodgers in every way, and I'll never believe otherwise.

Rivalry, though, has an ugly side. A lot of people are unable to control themselves in a rivalry setting. Fans and players. Good-natured heckling and making fun devolves into ridiculous Bumgarner-Puig posturing and alcohol-fueled brawling in the parking lot. Stuff like this makes me wish I was a Pirates fan and could pick a new team to hate every three years or so. It seems much healthier.

My best example of this is my dealings with Adam of ARPSmith's Sportscard Obsession. Adam is a lifelong Giants fan. Outside the card world, this should cause me -- a lifelong Dodgers fan -- to question his sanity, wardrobe, attachment to Barry Bonds, and to bring up Johnnie LeMaster as often as possible.

But I'll only bring up the LeMaster part because we -- the Giants fan and the Dodgers fan -- have an excellent cardboard relationship. You've already seen how great it can be trading with a rival fan -- Adam and I put together a doozy of a dealing a couple years ago.

We continue to trade frequently, helped along by the fact that neither of us can stand the other person's favorite team, but also by the fact that Adam happens to live in Dodger country where he has access to Dodger cards I don't. Also, I have this disgusting habit of pulling Giants cards that I really need to break.

Recently, we swapped cards again, and here is the latest coolness that I received from Adam: 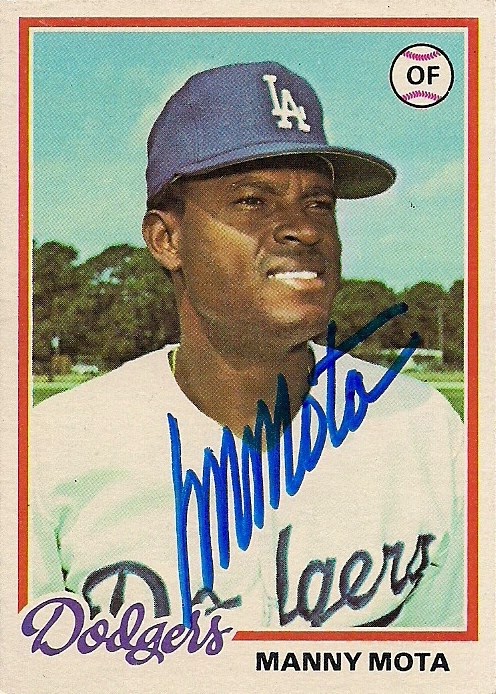 I'd know Manny's signature anywhere so even though I have no idea where Adam got this, I know it's postively legit and greatly appreciated. Outside of Vin Scully and Sandy Koufax, I don't know if there is anyone more revered in Dodgerland than Manny Mota. There shouldn't be anyway. 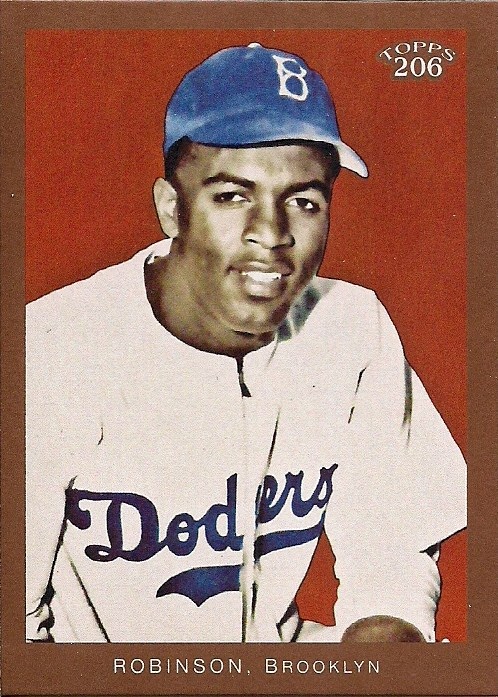 I didn't like Topps 206 in 2009 and the bronze borders were even more pointless to me, but I have to admit that, much like the first retro Gypsy Queen set, some great-looking cards slipped through the cracks in the awful that year. This one is phenomenal. 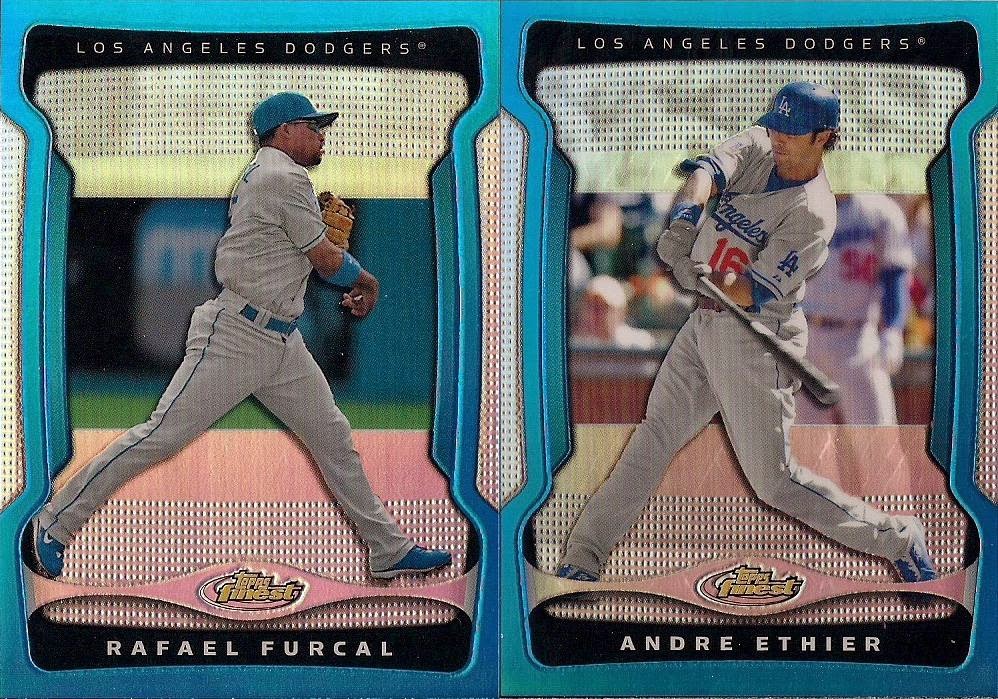 The late aughts was a great time for blue refractors, which by the way look best on Dodgers cards. 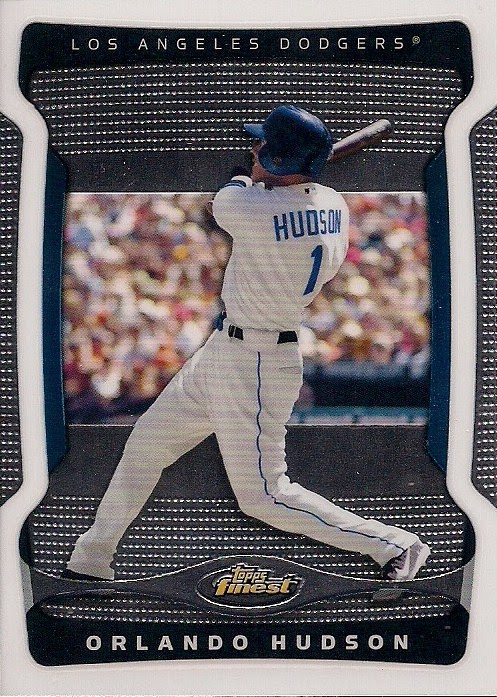 Adam also completed the 2009 Finest Dodger set for me. This is how long it's taking me to complete recent team sets: I'm celebrating a card of a player who last played in 2012.

Also, we're looking at a photo of Orlando Hudson from his Blue Jays days -- FOUR YEARS before this card was made. (Hudson wore #1 with the Jays; he wore 13 and 30 with the Dodgers).

Most of the rest of the cards were for my 1981 Donruss completion mission: 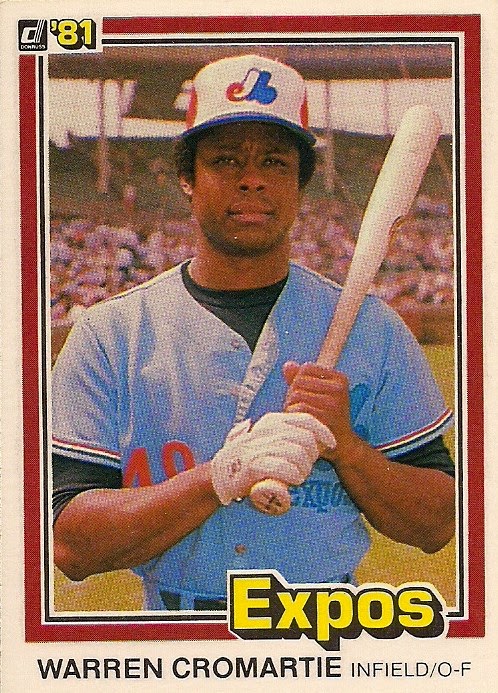 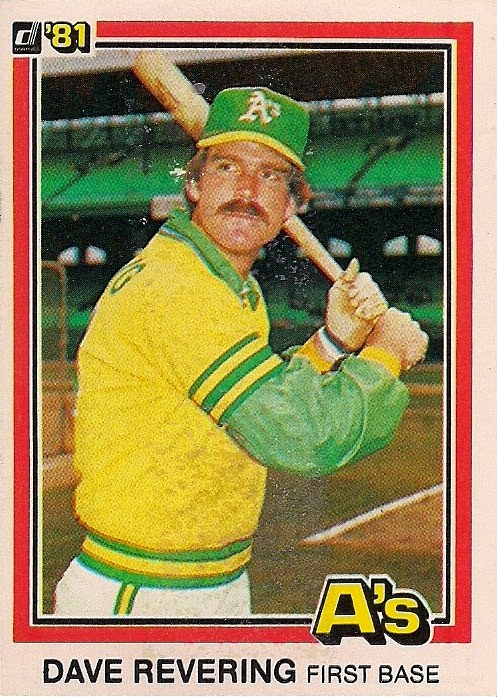 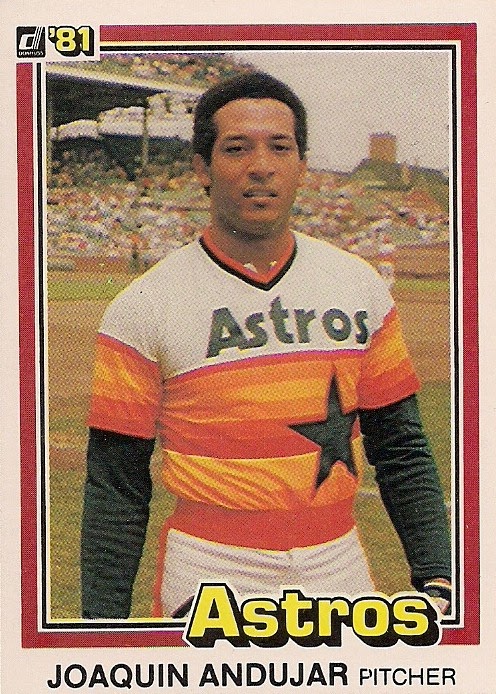 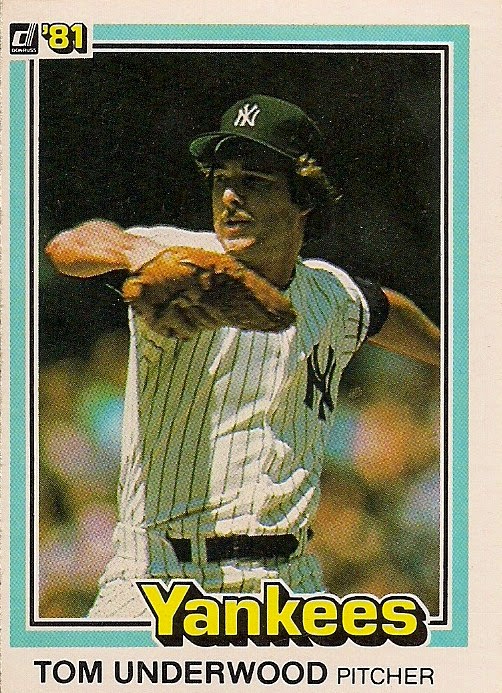 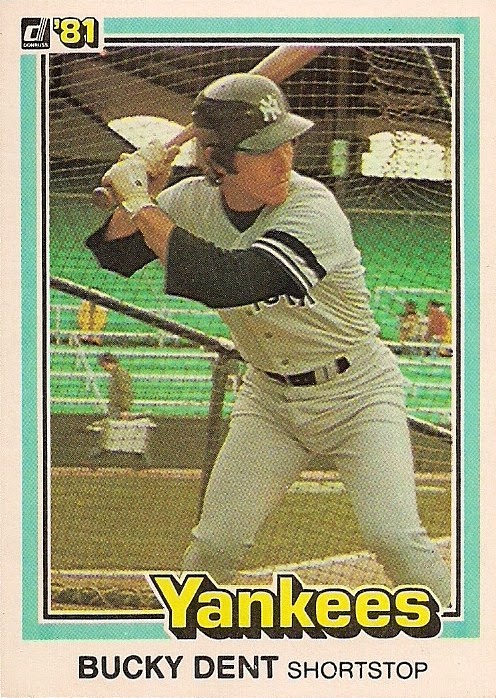 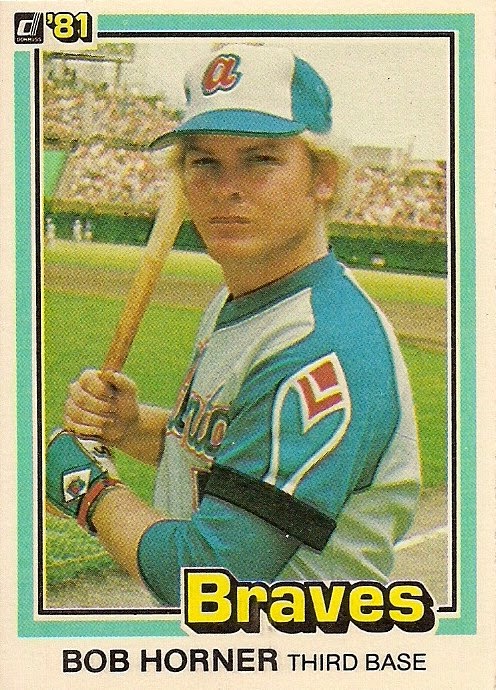 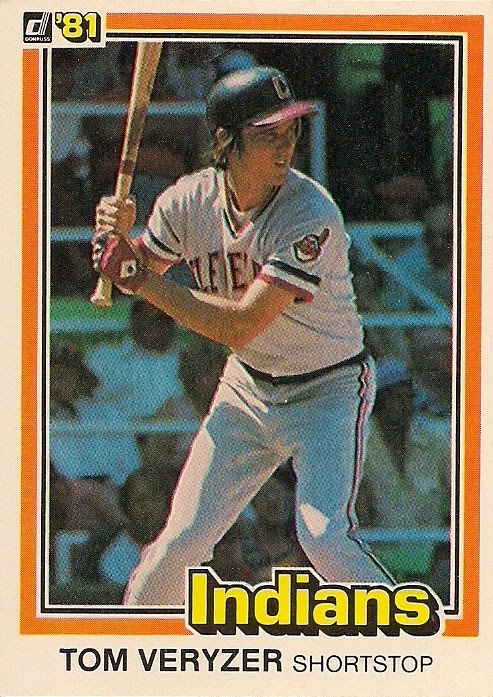 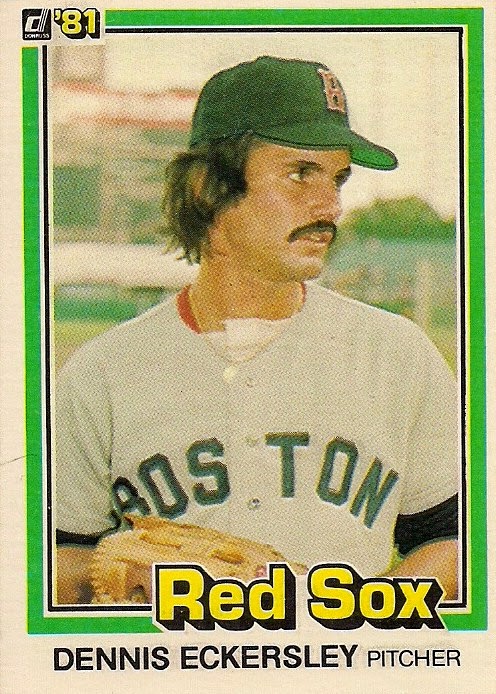 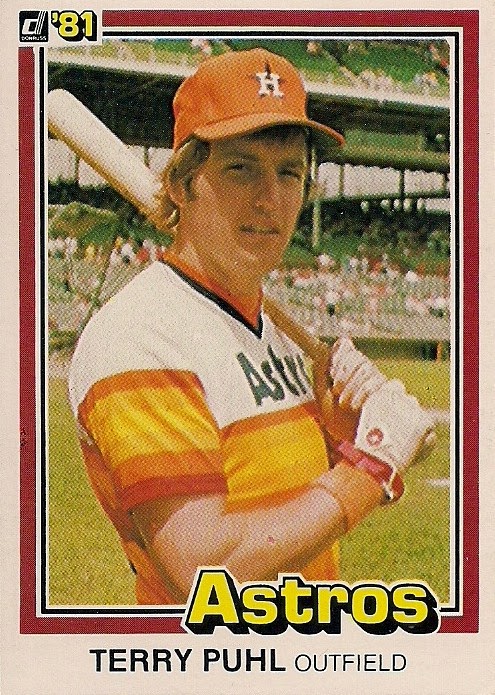 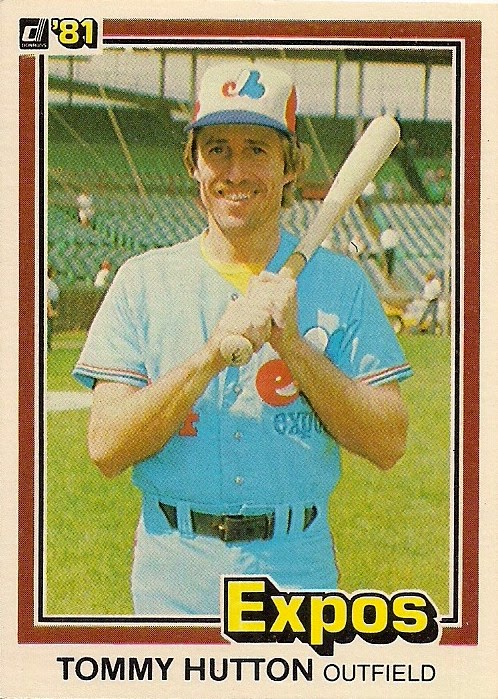 The Dodgers won the World Series that year.

The Giants finished fourth. Although Johnnie LeMaster did hit .253 with no home runs.

That rivalry will always be there. But the cards are proof Dodgers fans and Giants fans can get something done together.

Zippy Zappy said…
A Pirates and Tigers' rivalry eh?
Personally I thought the Tigers' rival would be the Toronto Blue Jays (a rivalry dating back to when there were only four divisions in the MLB). As for the Pirates I imagine their greatest rivalry is between the fans and ownership.
March 15, 2015 at 2:23 AM

Fuji said…
Very true. I hate the Yankees... but have no harsh feelings towards Zippy, The Lost Collector, or any other Yankee bloggers. As for the Giants... I couldn't stand them growing up. But over the years, I realized that it's their fans that annoy me more than the franchise (no offense Adam... talking mainly about my obnoxious students, co-workers, friends, and family members who rub it into my face that their team has won three rings in six years).
March 15, 2015 at 11:31 PM

Jonathan said…
Boy, I wish I had already read this before I sent the last package. Oh well, I'm sure you knew someone who needed an autographed Mota. And it really does look great on the 78.
January 31, 2018 at 10:22 PM