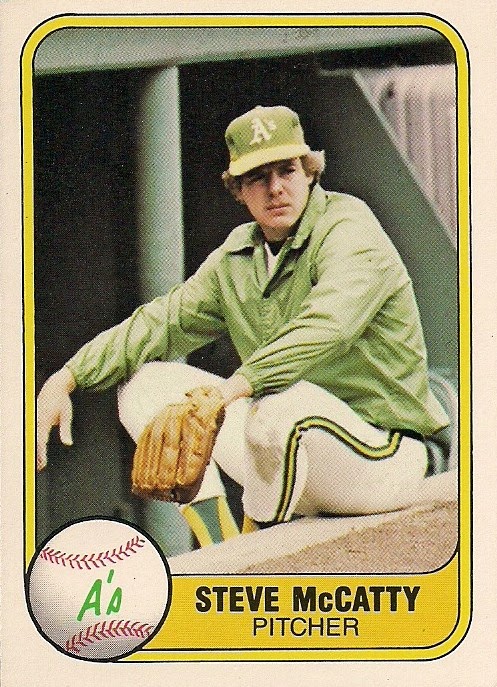 I was reading another one of those articles the other day about how if you spend all of your time sitting, you're going to die much earlier.

These articles didn't used to bother me as I sat in front of the TV or my computer at work. But after experiencing a health scare three years ago, I now do some form of exercise almost every day and I am relieved that I do. I still spend a lot of time sitting at work (I'm now one of those annoying people who thinks it's a good idea to have everybody stand at work instead of sit). And I still do a lot of sitting writing this blog. But thank goodness I'm exerting myself at other times so I'm not so guilt-ridden when one of those articles appears again.

But I started thinking, how did we get so sedentary?

TV, for sure. Processed food, definitely. The ability to be entertained by a tiny screen, currently.

But I'm also going to go out on a limb (no, that's not one of my forms of exercise) and blame Fleer.

When Fleer started issuing cards again in 1981, it added a different personality to the collecting scene, and a lot of that has been documented by myself and others.

But one other thing that I've noticed is how much Fleer -- especially in the early days -- featured players actively sitting.

Think about it. During the years immediately prior to Fleer's return, players were show on baseball cards either in action or posing in some sort of way: standing with a bat, crouching with a glove, pretending to pitch, squatting on cue. The posterior never made contact.

If Topps showed a player sitting in the dugout or somewhere else, it usually cropped the photo, so you only saw the player's head and mid-section (I'm thinking of the '75 Bert Blyleven and the '76 Ralph Garr). You knew the player was sitting, but Topps wasn't going to show it to you blatantly out in the open. Baseball players MOVED, dammit. They lived to move. They wanted to play! Why would a card company show a baseball player sitting? Why would a card company show a ballplayer sitting on his butt? 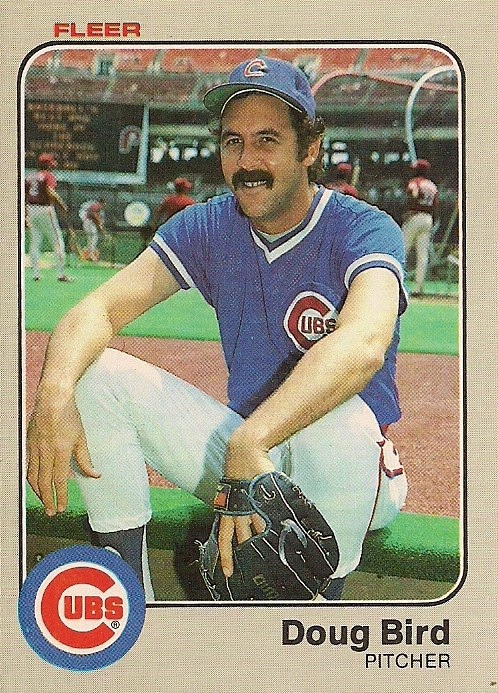 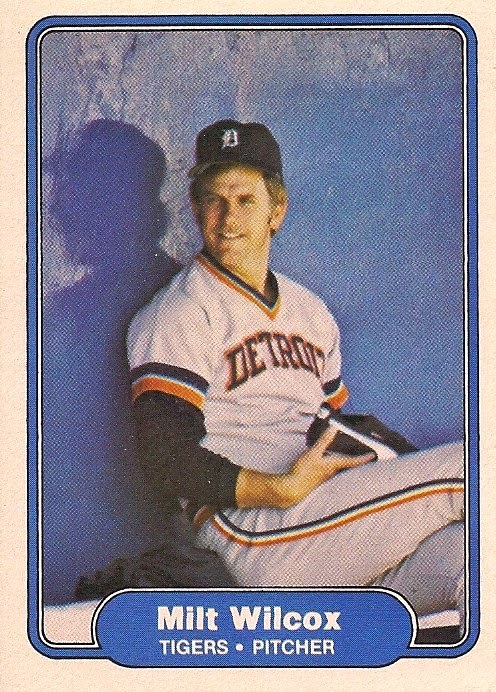 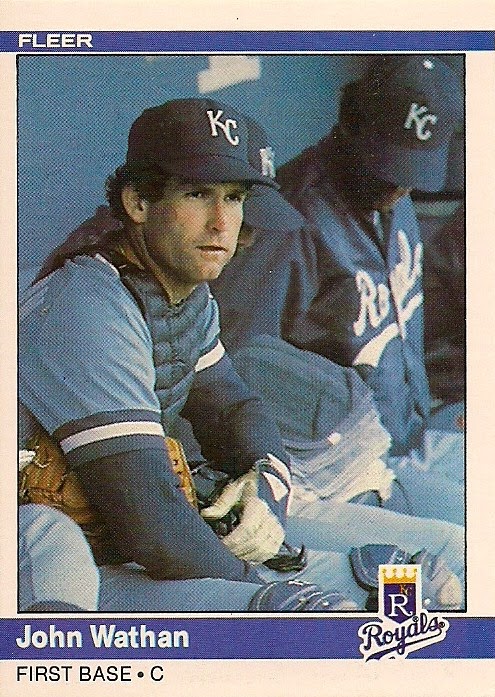 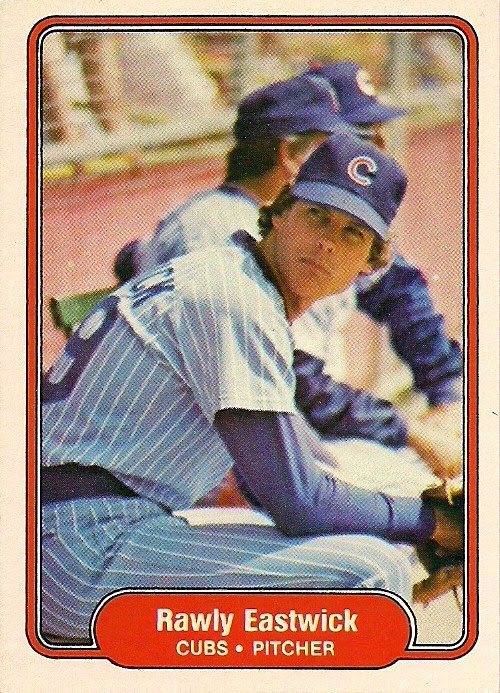 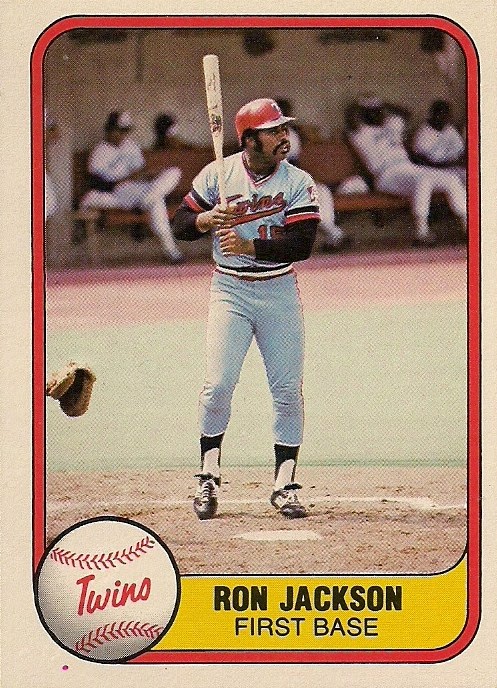 But it made sense. Baseball is a waiting game. Players spend a lot of time -- much more time than actually playing -- waiting. One guy is at-bat and the other 23 guys are sitting. 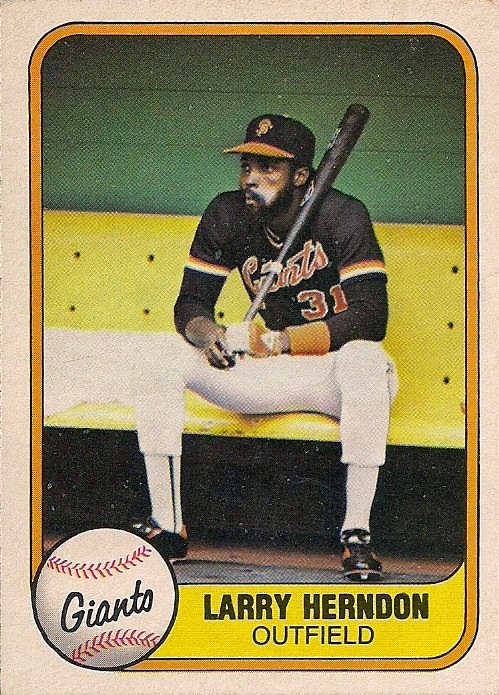 They're sitting waiting to bat. 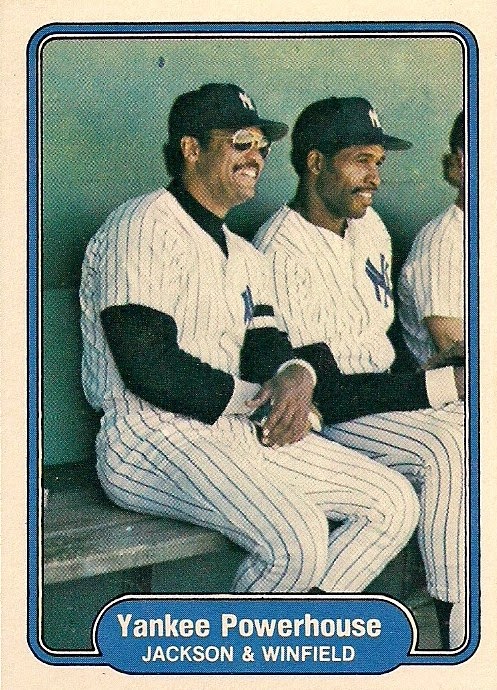 They're sitting with their friends. 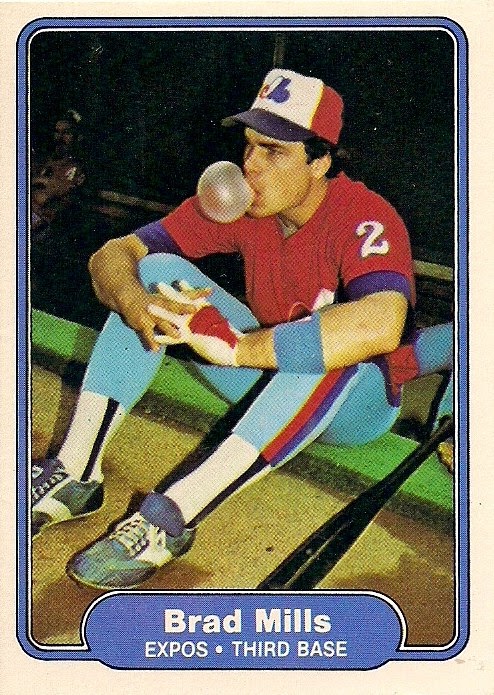 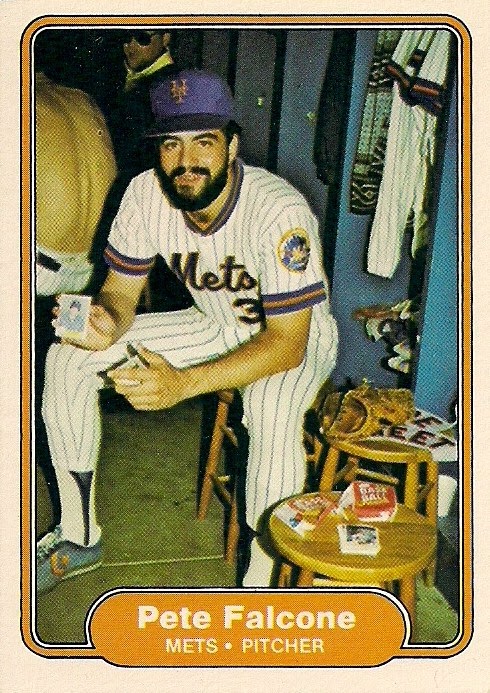 They're sitting in the locker room. 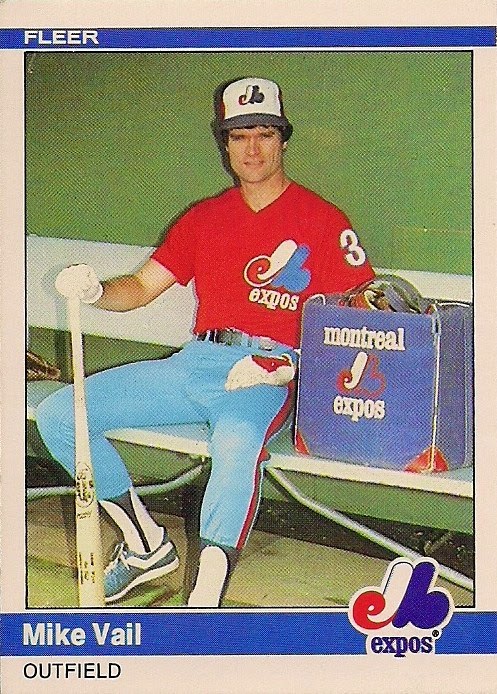 They're sitting ready to go. 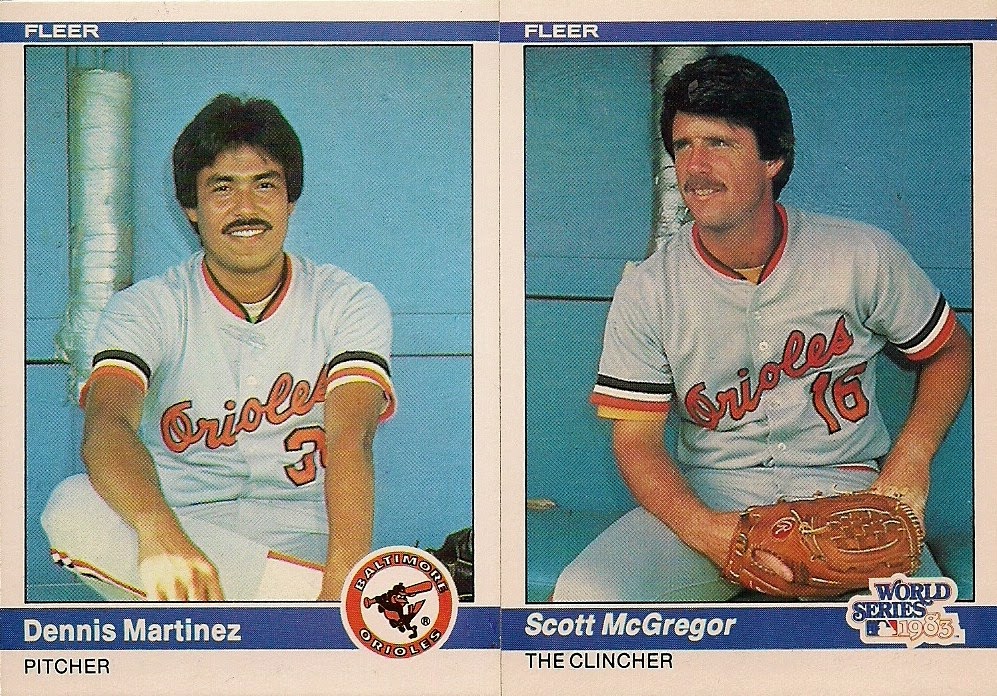 They're sitting to show us the fancy ductwork. 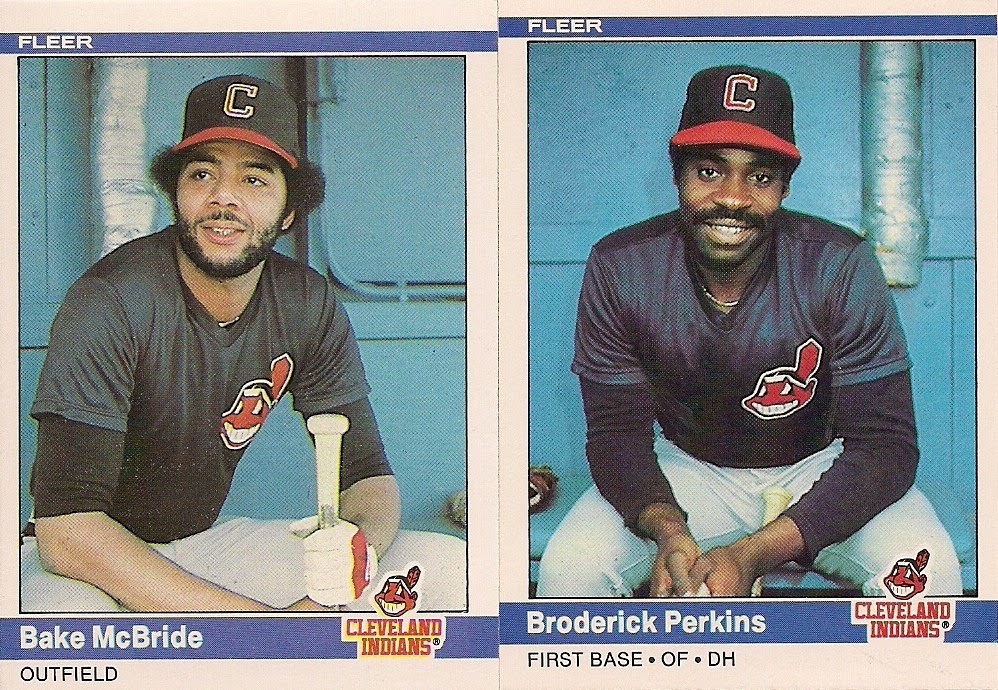 I don't want to discount Topps completely though. They did have the Bert Campaneris card in 1975 and the Angels in the dugout in 1978. And by 1981 -- the same year that Fleer started -- Topps did feature a few players actively sitting. 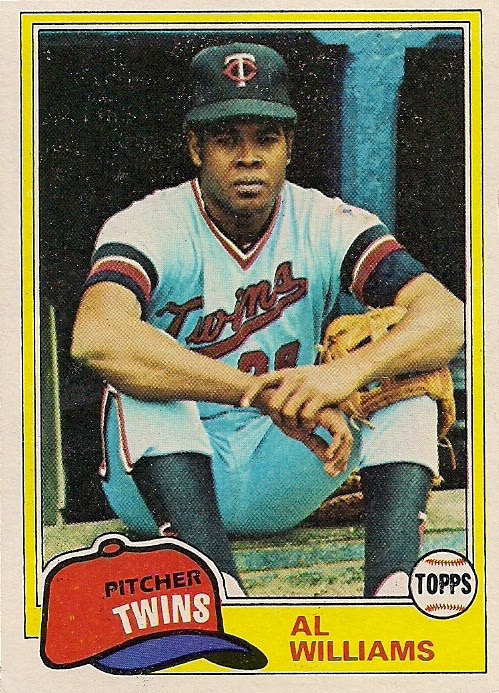 That is one of the most notable ones. 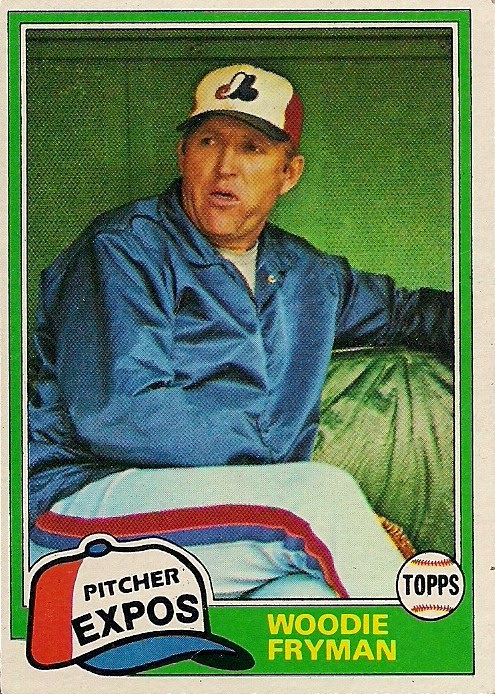 It also featured Woodie Fryman, who was one of the Kings of Sitting at the time. 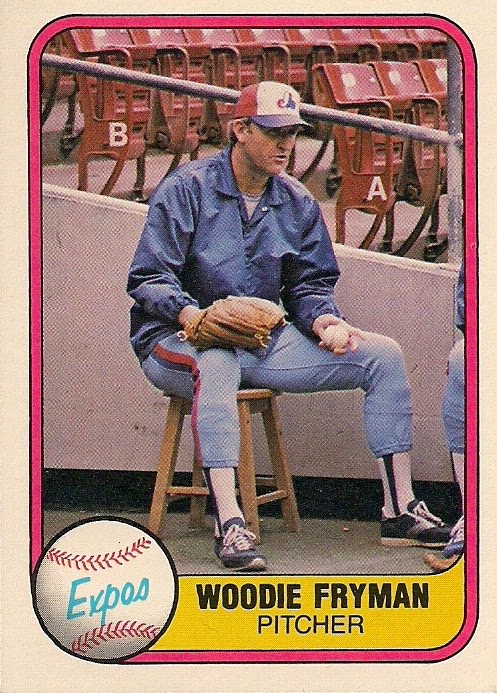 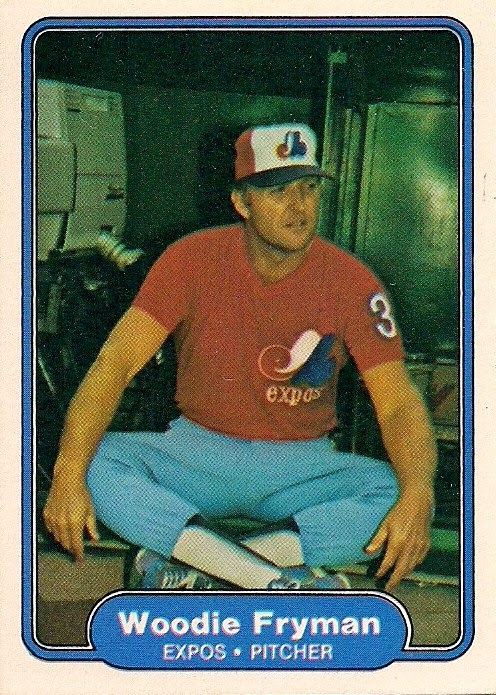 The only player that could match him was also a well-known pitcher. 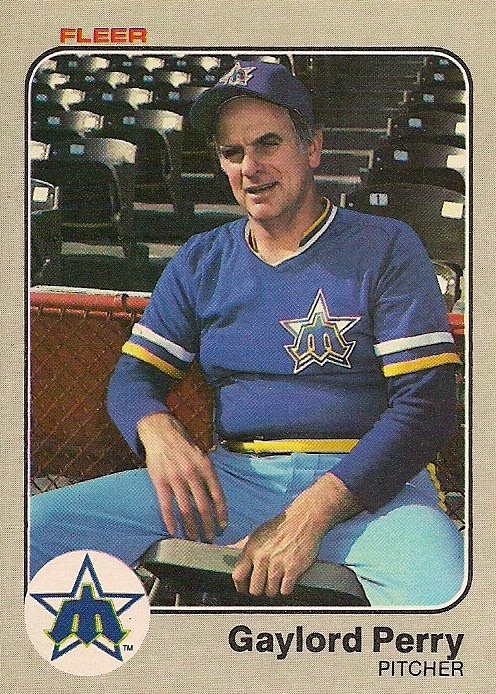 Gaylord loved to sit, too. 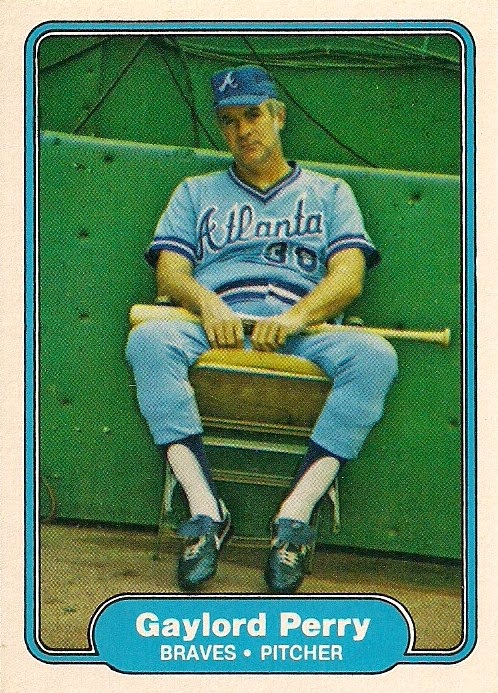 He really loved to sit. 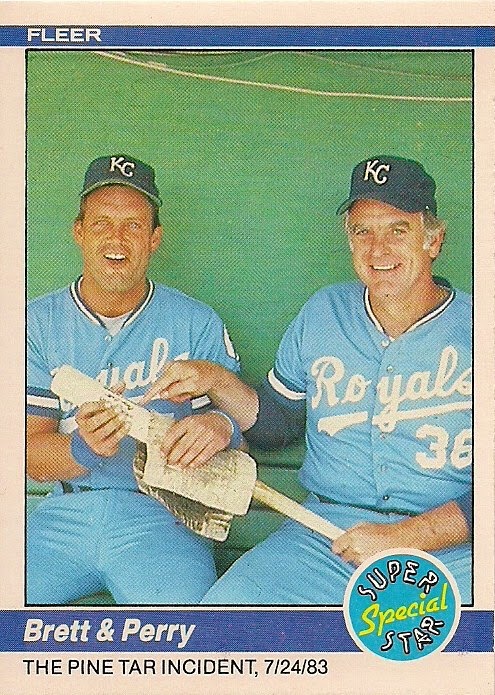 Here, the other King of Sitting is even getting George Brett to sit. 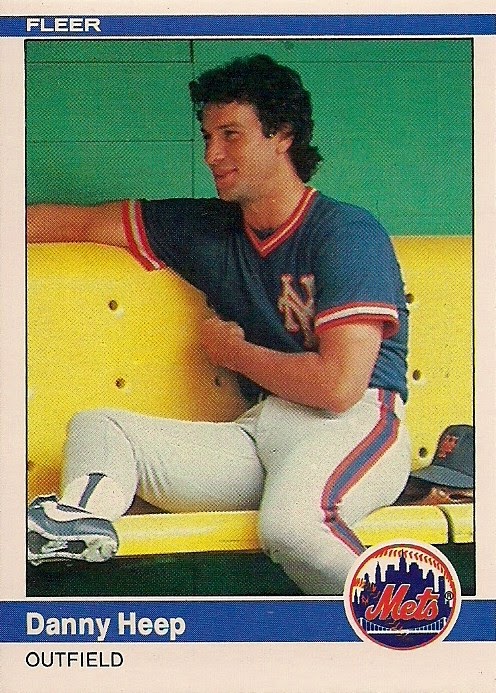 In short, it was now cool to show baseball players lounging. Danny Heep might be lounging a little too much there. Close the door, Danny.

And now that people knew that all baseball players did was lounge around all the time, it was just another reason not to get off the couch. 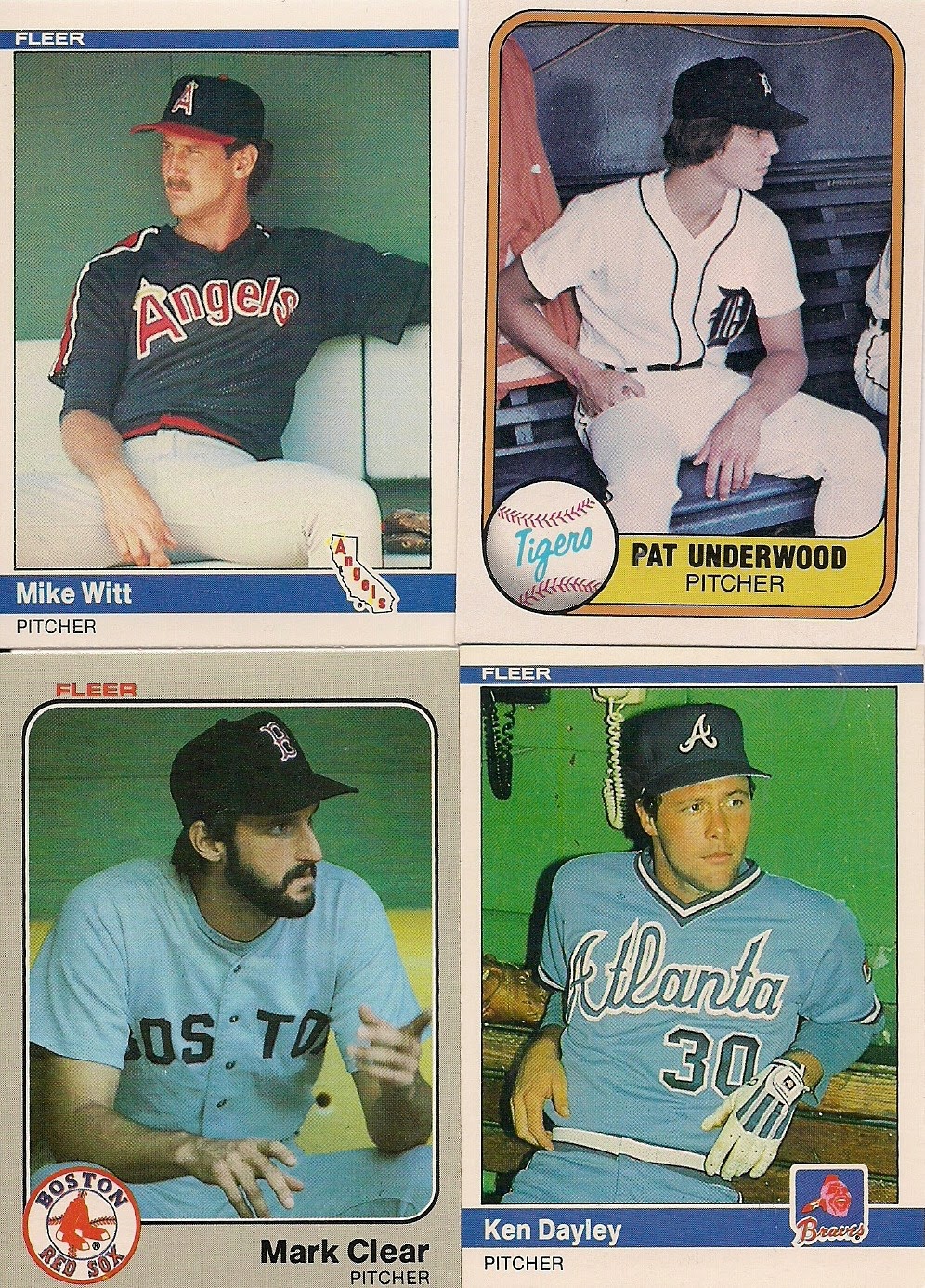 Fleer, you're just as guilty as TV, fast food and video games. You've contributed to our vegetating lifestyle.

But all hope is not lost.

For one, Fleer doesn't exist anymore.

And two, you've got a mind of your own, don't you? 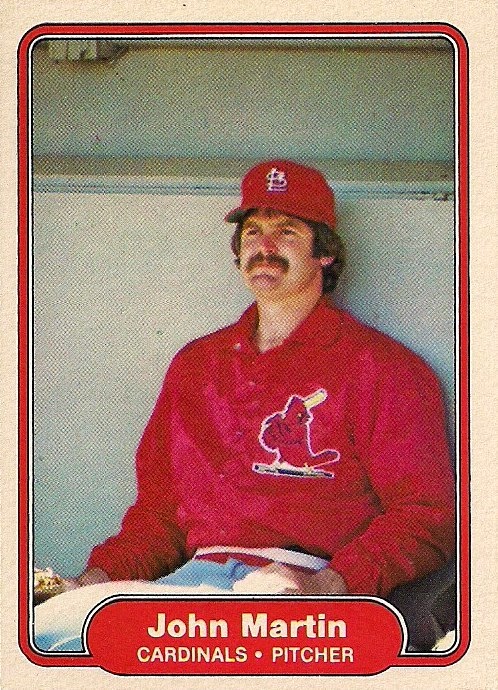 mr haverkamp said…
Once you begin accumulating the 75 SSPC set and all of its bizarre photos, you'll see Woodie F sitting in a bullpen cart! Seems like all the photographers could never catch him actually pitching in a game!
January 28, 2015 at 3:39 PM

Ana Lu said…
Fleer did really changed they way we see baseball..after that we could see sitting-baseball.
You made me laugh quite a lot with this post.
January 29, 2015 at 4:33 AM