There is only one Boog Powell 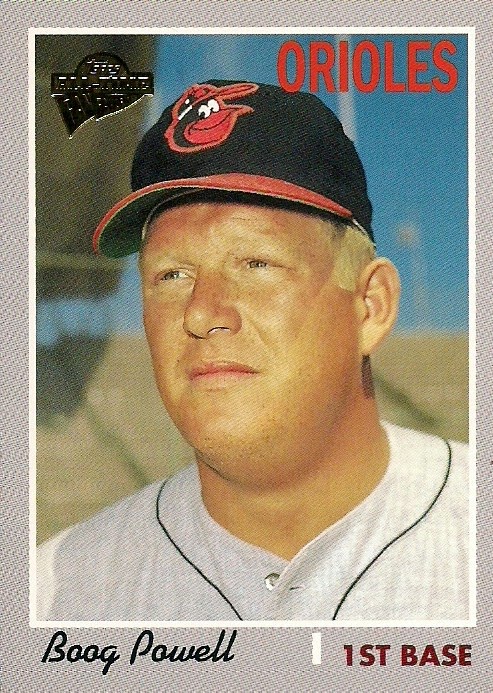 I really try not to be one of those people who has difficulty adjusting to the changes that are inevitable with advancing age.

As someone who was born in the '60s, grew up in the '70s, went to college in the '80s, and started a family in the '90s, I've seen the world shift a time or two. Sometimes I hop on board and travel along. But there are other times when it is very obvious that I'm too stuck in the past and things happen by which I simply cannot abide.

For instance, a couple of weeks ago, the Tampa Bay Rays and Oakland A's completed a trade that sent Ben Zobrist and Yunel Escobar to Oakland. The Rays received John Jaso and a couple of prospects. One of those prospects is named Boog Powell.

If this doesn't strike you as everything that's wrong with the world today then you're too young to read this post.

I don't follow minor league baseball very closely or I probably would have come across this particular fellow's name before. But it's a good thing I'm a little slow because everyone now has been spared about six months of me crabbing about this. "Boog" Powell had been in the A's organization for a few years, was the MVP of one of those low level all-star games last year, and was even suspended for 50 games last summer for taking a banned substance.

But I don't care if he becomes the most famous baseball player to ever walk the earth, he should not be named "Boog Powell." 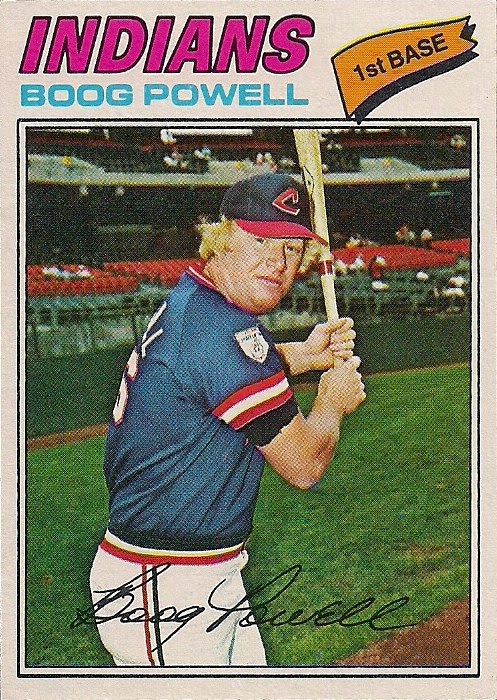 There is only one Boog Powell. He played in the major leagues for 17 years, mostly with the Orioles. He won the MVP award in 1970, grabbed a couple of World Series rings, starred in Miller Lite commercials, and became an icon in Baltimore, where he is as well-known today as he was when he was playing.

And now some 21-year-old is walking around as Boog Powell.

Obviously, I don't blame the kid. I'm sure he never heard of Boog Powell when someone started calling him "Boog". I've read that the story goes that his father wasn't even a fan of Boog Powell but did follow baseball. And here's the funny thing, according to media people who have written about this, his real name -- ha, ha -- isn't even "Boog". It's Herschel. 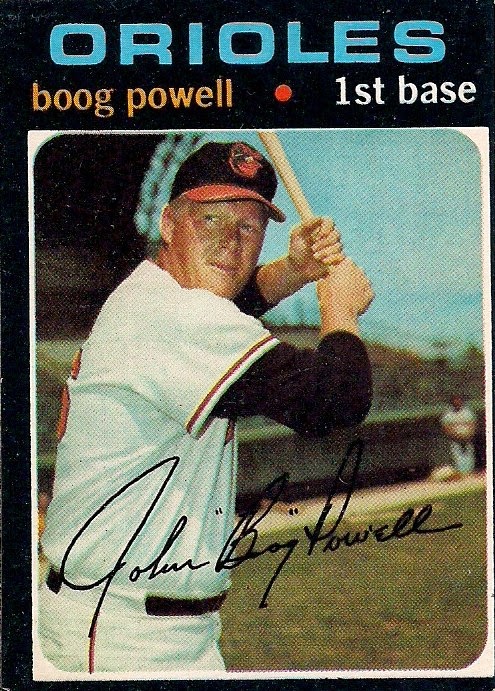 Well, guess what? The real Boog Powell's first name isn't actually "Boog" either. It's "John". But he made "Boog" "Boog". There can't be another Powell named "Boog". An MVP and two-time World Series winner with a damn fine barbecue made it his own. Find your own nickname that isn't part of baseball lore already.

This is even worse than that guy calling himself Reggie Jackson and playing NBA games. OK, so his actual name is Reggie Jackson. BUT HIS FOLKS SHOULD BE PAYING ATTENTION! THERE IS ONLY ONE REGGIE JACKSON!

This boggles my mind. If my last name was Fawcett and I had a daughter, I would do everything in my power not to name her "Farrah". I'd serve jail time before I did something like that. I know and respect the '70s too well. Or at the very least don't want my kid answering endless questions about her name.

I guess this is what it comes down to though. Either people are too young to know the '60s and '70s or just don't revere the famous figures from that time as much as I do. This is all about me again and probably less about people who are calling their kid "Boog".

But I'm still not exactly rooting for a second "Boog Powell" in the major leagues. 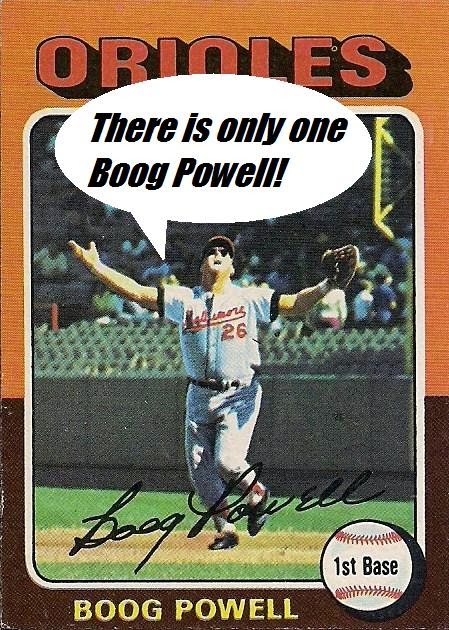 Zippy Zappy said…
I know a couple called the Suzuki's who are expecting a child soon. Should I stop them from picking Ichiro and avert them to Kichiro?
January 25, 2015 at 9:03 PM

Hackenbush said…
I'm always complaining about the lack of good nicknames these days what with everyone seemingly going with first initial+last name or no nickname at all. Now "Boog" is a terrific nickname but unless you're his son you ought to come up with something more original.
January 25, 2015 at 9:33 PM

Laurens said…
Would it blow your mind, that Burt Reynolds the ballplayer is actual Dominican and is Robinson Cano's cousin?
January 26, 2015 at 3:25 AM

View From the Skybox said…
When Johan Ramon Santana was coming up he changed his name to Ervin to avoid confusion with another pitcher named Johan Santana. He changed his real name. Now some kid can't even avoid going by his nickname?
January 26, 2015 at 7:28 AM

Dan McAvinchey said…
I like the ones that are close but not really there. A youngster by the name of Michael Jordan achieved a bit of fame around the UNC campus in 1982. Now the Carolina Hurricanes hockey team has a new MJ, a young defenseman to root for named Michal Jordan - both names pronounced differently though being that he hails from the Czech Republic.
January 26, 2015 at 8:24 AM

defgav said…
I firmly believe that the baseball players union should have rules similar to the actors union where you are not allowed to join working under the name of someone who already used that name. Force guys with common names to use middle initials or a nickname or something. But you can't be somebody who's already been. It's confusing and bad for the game. (ok, I'm exaggerating here, but it bugs me.)
January 26, 2015 at 6:42 PM