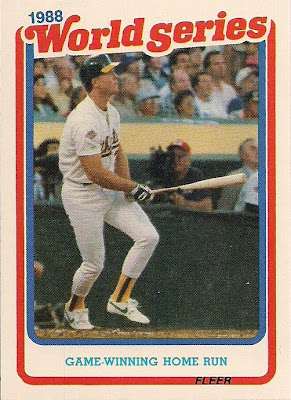 Mark McGwire appears to be the next Dodgers hitting coach. That immediately causes my brain confusion because of McGwire's long history of bedeviling the Dodgers. Example #1 is right here, Game 3 of the 1988 World Series.

But the Dodgers have employed past tormentors at the hitting coach position before -- George Hendrick, and specifically, Jack Clark. So I'll get used to McGwire in Dodger blue. Much like I got used to Don Mattingly in Dodger blue.

After all, the days of "growing your own" are dead, dead, stomped on to make sure it's dead, and dead again. Especially with this ownership group.

So I'm moving on with McGwire.

McGwire, who was named Rookie of the Year 25 years ago today, is an easy guy to like. Even with the confessed use of performance-enhancing drugs, I can't stay mad. I'm not one of those people who says "steroids never mattered to me." It did matter. It does matter. But I can acknowledge and forgive people's mistakes and move on. McGwire's personality means more to me, and unlike some of the other PED users, I find McGwire much more likable.

Plus, McGwire's addition to the team will help me add the above card to my Dodger binders.

As you know, that card is part of the 12-card World Series set that Fleer issued in 1989, commemorating the 1988 World Series. I have the full set, assembled piece-by-piece through trades (sorry, Baseball Dad -- I have them all).

But the McGwire card never made my Dodger binders unlike the other 11.

That's because this card -- No. 8 out of 12 -- is the only card in the set not to feature a Dodger in the picture. Some of the other cards feature the A's more prominently or focus on an A's achievement, but because there is a Dodger somewhere in the picture, I agreed to give them admittance to the exclusive Dodger binders.

McGwire was always left out because there is nothing Dodger about the card, right down to celebrating his game-winning home run off Jay Howell in Game 3 of the World Series.

But today he gets included with the other 11. If he's going to be a Dodger coach, it's the least I can do. 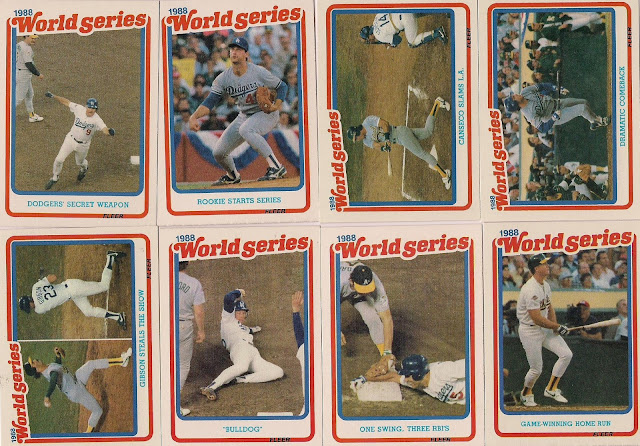 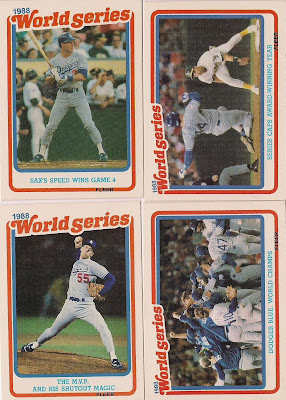 Welcome to the fold, Big Mac.

But if the deal falls through, you're back in the cardboard box.

Night Card Binder candidate: Mark McGwire, 1989 Fleer '88 World Series set, #8
Does it make the binder?: Only if I get a second one. Or if McGwire doesn't end up as the Dodgers hitting coach.

JediJeff said…
Keep him. I regard McGuire the same was I regard every other user of PEDs - a cheat. Enjoy not being in the HOF.
November 3, 2012 at 3:16 PM