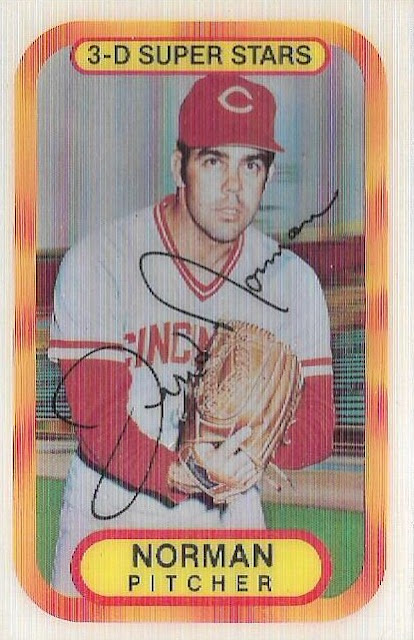 Imagine pulling the likes of Fred Norman out of an insert set issued by Topps in 2020.

You can't. It would never happen.

Sure, Norman pitched for a World Series championship team the year before this card was issued, the 1976 Cincinnati Reds. He was the starter in Game 2 of the Series. But he was hardly a star. His stats were respectable but if anyone was going to mention pitching on the Reds -- and no one hardly did because the Big Red Machine operated at the plate, not the mound -- it would be Don Gullett or Jack Billingham. 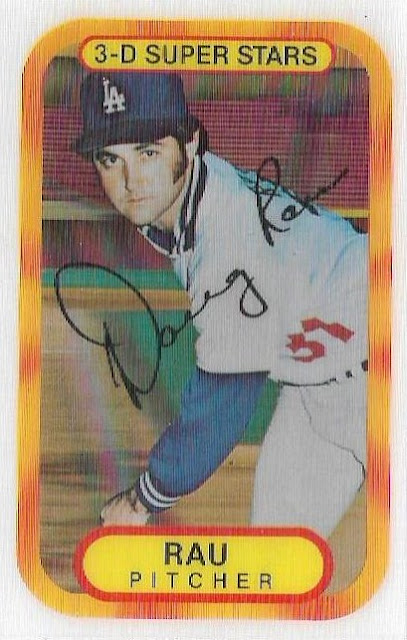 Doug Rau was a solid thrower for the Dodgers. I thought he was underrated and didn't get enough attention. He was definitely No. 4, though, on a starting rotation list that consisted of Don Sutton, Tommy John and Burt Hooton. Some days, even No. 5 hurler Rick Rhoden surpassed him.

This is the charm and quirkiness of '70s Kellogg's sets.

Believe me, we thought it odd as we were collecting the cards at the time. Mario Guerrero? Wayne Nordhagen? 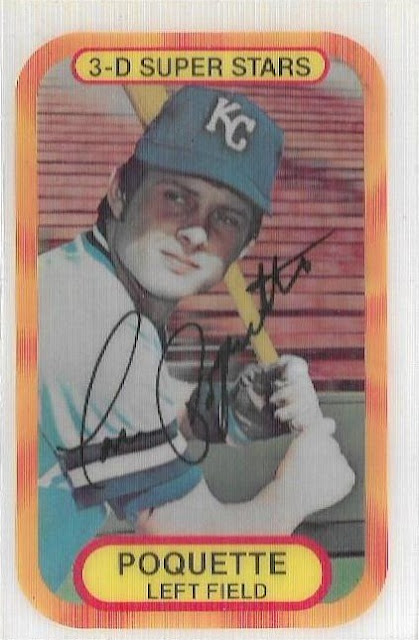 When do you hear the name Tom Poquette today? Probably, unless you're a Royals fan from that time period or someone in baseball at the time, you don't know Tom Poquette. But he displayed a rookie cup on his 1977 Topps card and Kellogg's considered him one of the exclusive few for honor in the '77 Kellogg's set.

That's because Kellogg's made sure its set was diverse.

Here are some of the players you will not find in the '77 Kellogg's set, which is titled "3-D Super Stars," by the way:

But you will find: 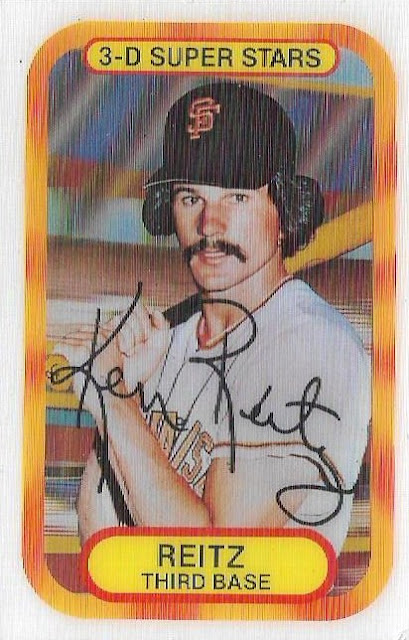 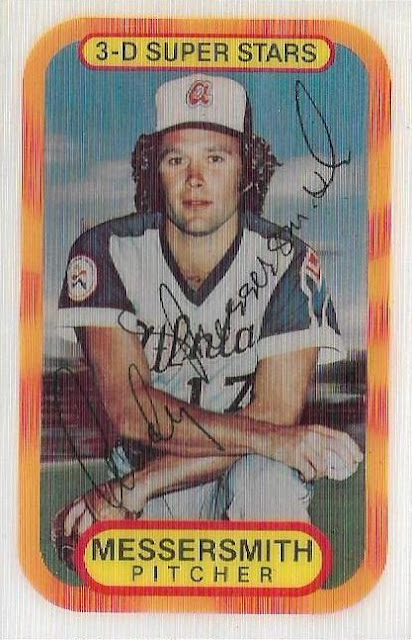 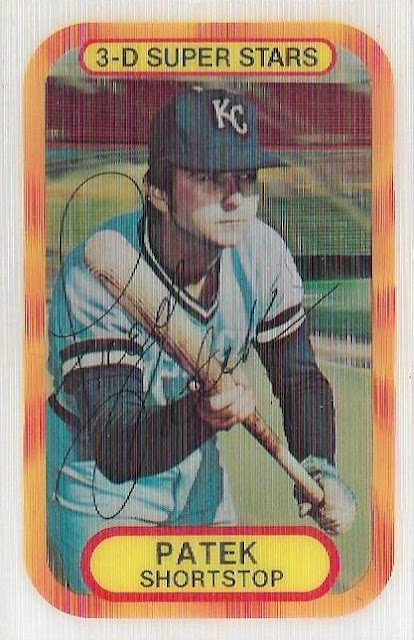 Some may scream false advertising. But Kellogg's didn't shy away from stars, as you will see in a minute. Yet, it wanted you to know that there were superstars in places where fans might necessarily look. Kellogg's didn't feature every team each year, but it did spread the love around. My just-completed '76 Kellogg's set does the same thing, mixing Steve Hargan and Eric Soderholm in with Willie Stargell and Steve Garvey.

That's a much more pleasing philosophy for a collector like me than the Beating A Dead Horse strategy Topps employs with every limited set. Each insert set must include the top rookies and chosen stars of the day. EVERY set. So if you're a fan of Bryce Harper or Shohei Otani or Vladimir Guerrero Jr., you're in luck. Expect to see your guy in every damn insert set and online set and special one-off series in your potato chip bag.

But what if you follow the Twins and want to see Jorge Polanco in several insert sets? Or the A's and Marcus Semien or the Diamondbacks and Ketel Marte? Sure, Topps will throw those guys a bone in one its expansive 100-card insert sets. But guaranteed, if Topps was running the Kellogg's 57-card-set-per-year show today, none of those "other" guys would make the set. It would be Acuna and Yelich and Bellinger.

Topps wouldn't dare leave any of those guys out. 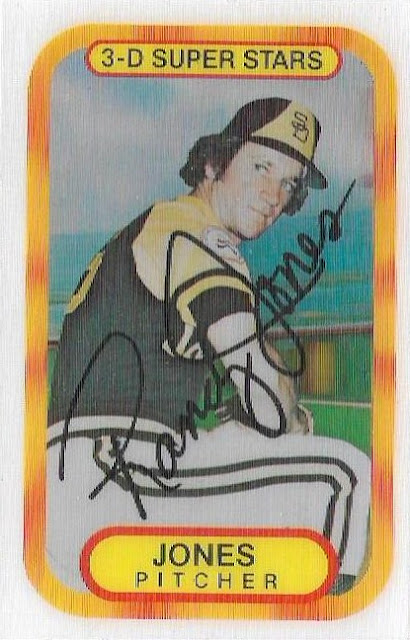 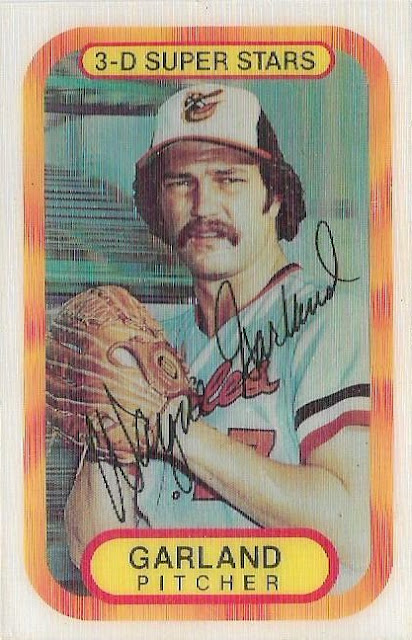 Kellogg's did address the players who emerged with dramatically great seasons, Randy Jones and Wayne Garland each produced them in 1976. And it's not like Kellogg's didn't recognize the most talked-about rookies. Mark Fidrych is in the 1977 Kellogg's set.

But it mixed in a few other players who weren't the most talked about players even on their own team: 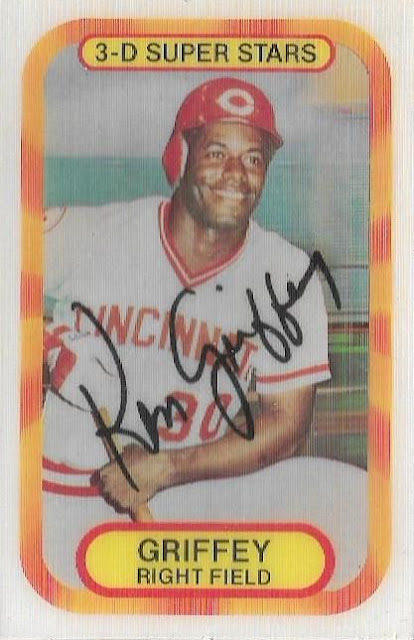 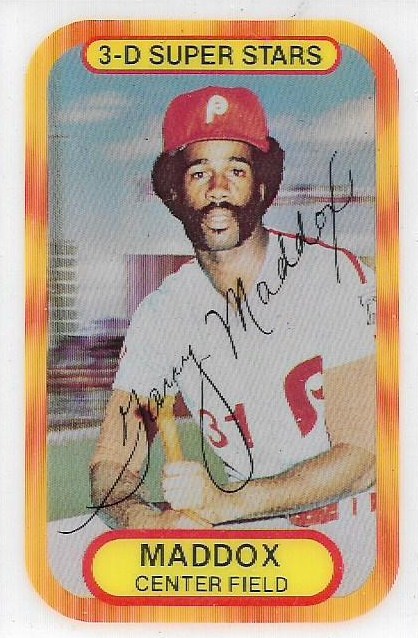 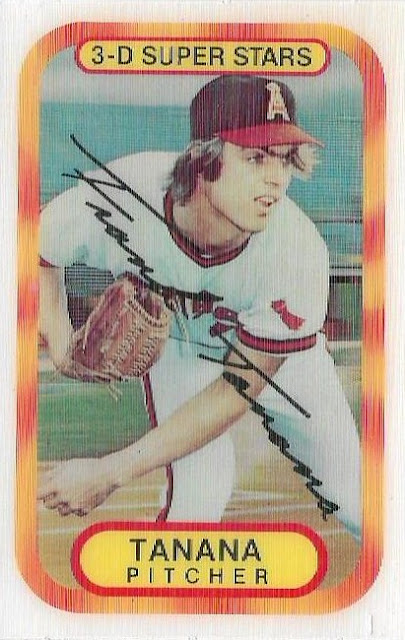 It was an opportunity to learn about these players that we didn't know as well and weren't on our televisions very often.

I know kids don't collect baseball cards en masse like they did when I was a kid, but I sometimes feel sorry for any kid who has been collecting the last 15 years or so. There is no Kellogg's to distribute the wealth, so instead collectors now own a three-foot pile of Albert Pujols and Derek Jeter cards whether they collect those players or not.

I think what Kellogg's said back in the '70s and early '80s was: recognize some of the stars that everyone knows ... 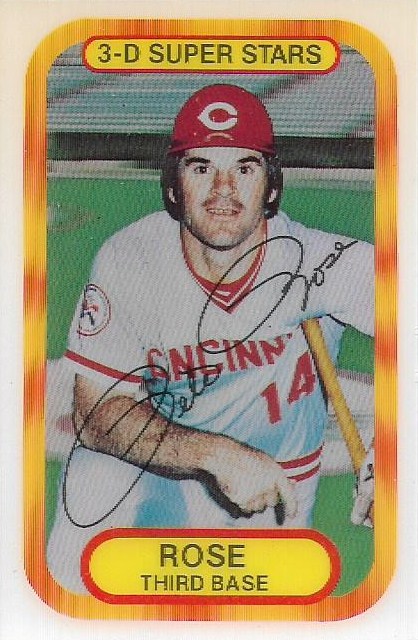 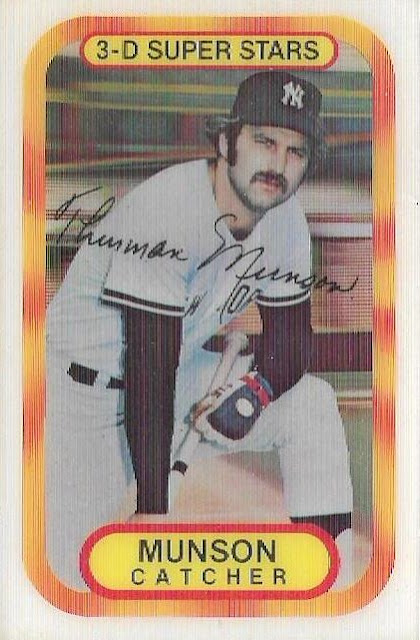 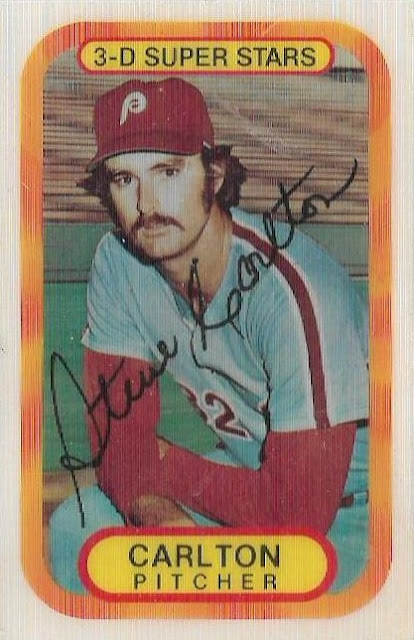 ... but don't forget about some of those other stars who don't get the attention from the big markets.

All of the cards that I showed here are from my most recent pick up of 1977 Kellogg's cards. I am delighted with every single one. They were truly the Technological Card Marvels of their time and I cannot wait to get them stored.

I have 16 cards remaining to complete the set. The Fidrych one, of course, I anticipate being the last to get. Or maybe the George Foster, since it's the first card in the set.

But there are other cards on that want list of players that Topps would probably never put in a limited set today: guys like Jerry Remy and Dock Ellis and Charlie Hough.

Some card sets spread the wealth.

Some card companies care only about their own wealth.

The Diamond King said…
I too miss the old days. The current releases feel very restrictive, which is probably why I don't buy packs and just end up with the 'current' cards years later when they end up in dime boxes.
June 15, 2020 at 7:30 PM

I'm always harping on Topps' limited imagination for insert concepts. But you hit the most critical aspect - it's the same guys all the time, even if it is a little more creative theme.

Nick Vossbrink said…
While I definitely hate the 100-card Rookies and Stars checklists that so many sets consist of now I'm also amazed at how different these 1970s checklists are from the 1980s food issues. When I was a kid in the late 1980s the 26 or 33 card sets were pretty much all star focused and included the same stars from set to set.I don't remember this bothering me at the time but you're right about how rotating the player the way Donruss rotated its Diamond Kings would've been a fun approach.
June 15, 2020 at 11:00 PM

Nick said…
I may not collect many of the more obscure names in those Kellogg's sets but it makes me happy to know they weren't forgotten when Kellogg's was collating their checklist. Seeing someone like Wayne Garland right next to Thurman Munson makes me happy, way happier than the 844th different Jose Altuve card woukd.
June 16, 2020 at 1:44 AM

John Bateman said…
Reminds me of the Donruss Diamond Kings, It took a couple of years for a player to repeat.
June 16, 2020 at 9:40 AM