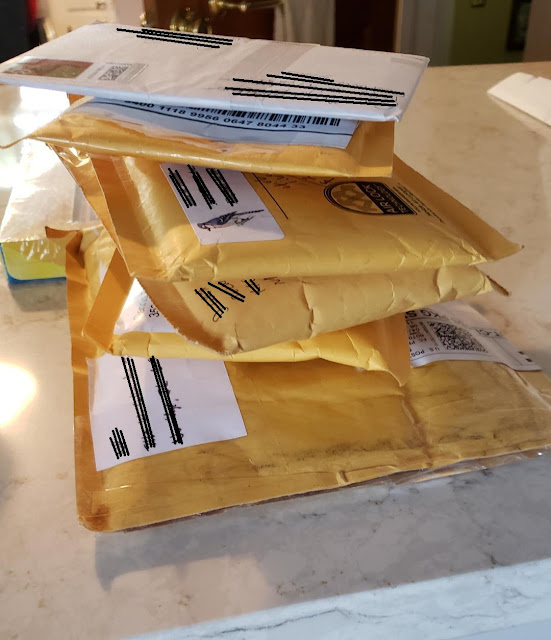 This is what was waiting for me when I came home today after a week away.

As mentioned in the last post, I've been out of town visiting my mom in the hospital and dealing with all the things that happen when ALS enters your life.

I came back for a break and I hope that means I can possibly send out at least a couple of drastically delayed card packages, but I'm sure I'll be headed out of town again, delaying hobby things further.

So that I don't add to the card-sending guilt I already feel, I'm selecting an envelope off the top of the stack that I know is in response to some cards I recently sent. Gavin of Baseball Card Breakdown is one of the lucky ones to get a package from me in the last two months.

Here are the cards that fell out of the envelope: 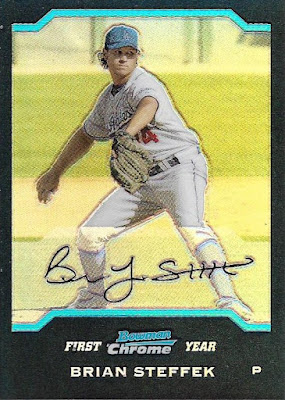 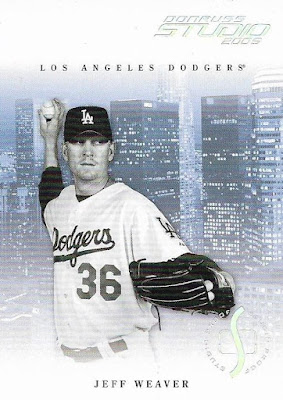 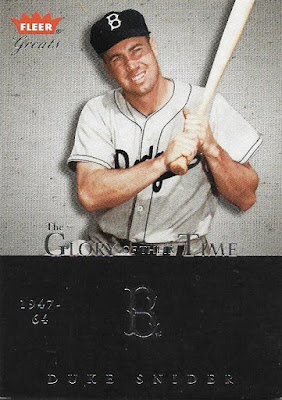 Again, there's no time to figure out whether I actually do need these. They don't look familiar, I know that, but I'll make exact determinations later. 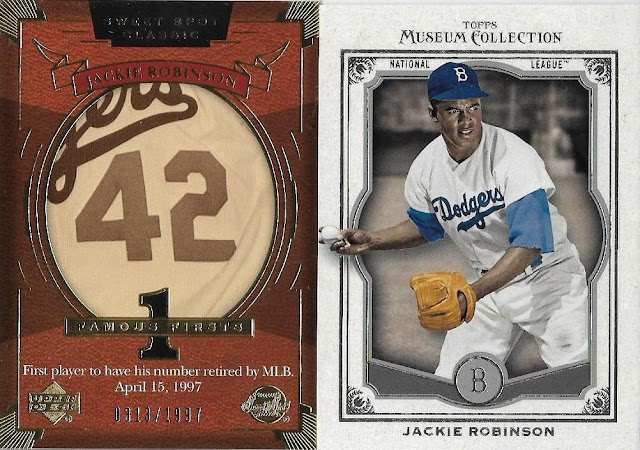 Normally I don't understand cards that don't feature pictures of people (i.e. players), which is why many cut signature cards are meaningless to me, but I'll make an exception for the number 42. 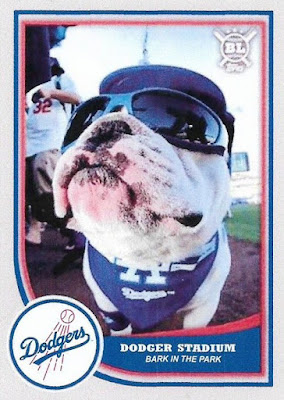 The prize of this envelope, though, was this custom card designed by Gavin.

If it looks familiar to you, then you are either a Dodger fan who was eagerly awaiting the first edition of Topps Big League in the spring of 2018 or you saw my rant about how I was extremely disappointed that this card was pulled from Big League after appearing on the sell sheet that spring. I threatened to create my own custom card of it, but I'm really not in the custom-creating business.

Gavin is, however, and went ahead and created the card that Dodger fans, by rights, should have possessed. 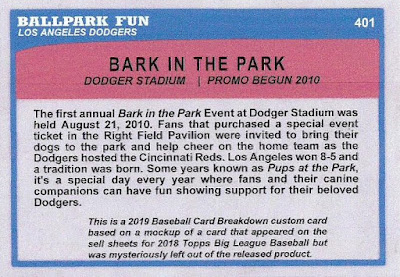 The journalist in me will ignore the appearance of "first annual" (can't be "annual" if it's the first time it's happened) because of the excellent research on the back and the background for why the card was created in the first place.

This now becomes one of my most favorite custom cards. I should make a post counting down my 10 favorites but I fear that 95 percent of them would be Gavin's cards (he is currently thinking "so what's wrong with that?").

Normally I try to post cards received in the order that they were received, but since I was out of town when these all arrived, I have no idea the order of their arrivals. At any rate, I appreciate the cards and I really appreciate the sympathies about my family's situation. I am thankful for them, both here on the blog and on that other social media site.

Hopefully I can continue a fairly consistent posting rate in the weeks to come.

defgav said…
Glad you like! I was definitely hoping to give you a little something to smile about during this tough time.
April 17, 2019 at 8:23 PM

acrackedbat said…
I remembering seeing the pup face on the sell sheet. I had no idea the card was never released. Gav made a great choice putting this one together! Still thinking of you, Greg!
April 18, 2019 at 7:07 AM