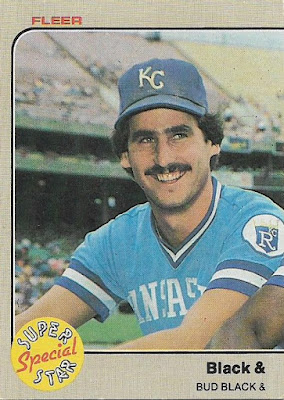 Let's get this blog going again.

I'm trying to complete 1980s Fleer sets from 1981-88, but I don't have want lists up for everything yet. I'm not all that into finishing 1986 and 1987 Fleer at the moment so that's why there are no want lists for those. And for whatever weird reason, I have ignored my wants for 1982 Fleer, maybe because it's 1982 Fleer and if it's going to be all blurry and off-center then it's just going to think about what it's done UNTIL I'M GOOD AND READY!

With 1984 and 1988 Fleer completed, that leaves the odd years of Fleer remaining, all of which appear on my want lists.

Here are the goods: 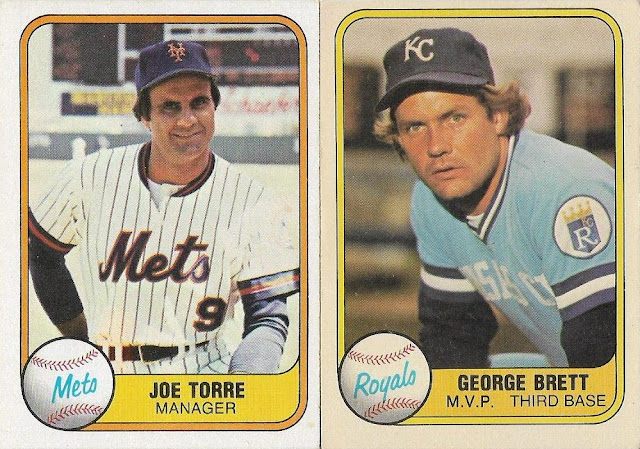 Just two needs from 1981 Fleer but I had only nine cards left before these two arrived.

This set's notorious tendency to yellow is on full display here. I'm sure I have other yellowed '81 Fleers besides this Brett, but we'll see if this remains on the want list. 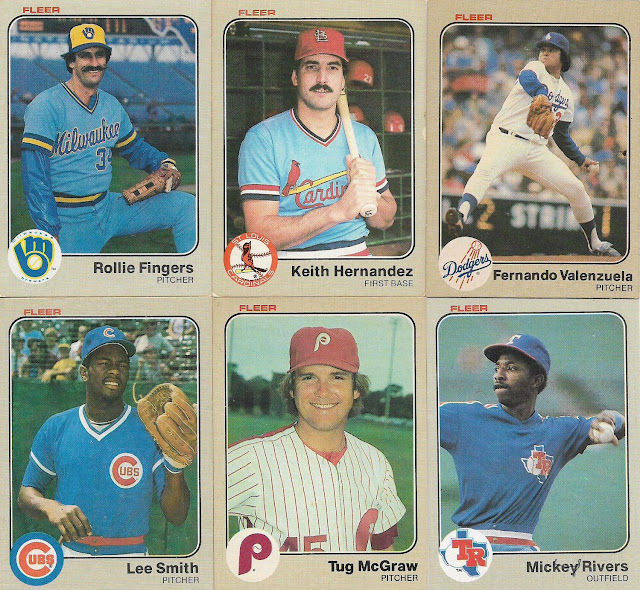 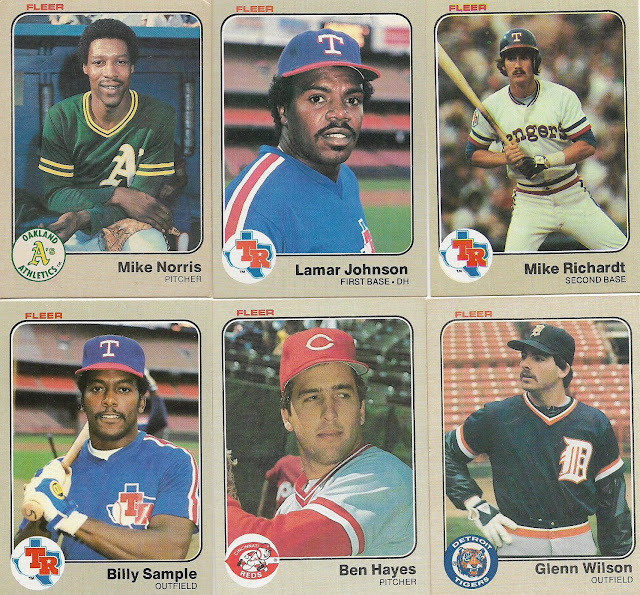 A good selection of 1983 Fleer is next. My favorite part of the '83 team logos is the Rangers logo that the team was using at the time. 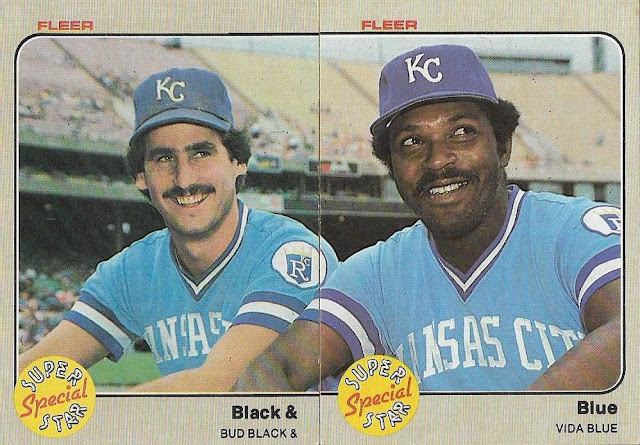 The Bud Black part of the "Black & Blue" package also arrived. I don't know what Black & Blue are looking at, but it makes them look a bit creepy. 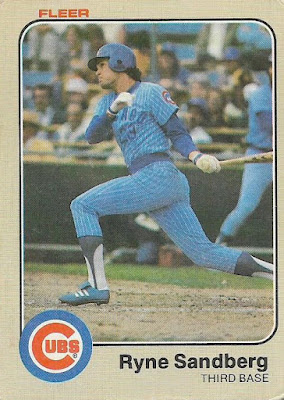 Here is the first of two Rookie Mojo cards in the package. Ryne's a little dented on the side (and off-center), but this more than fits my needs. I wouldn't mistake 1983 Fleer for my most hallowed set (in fact I'd be surprised if 1983 Fleer makes the top 100). 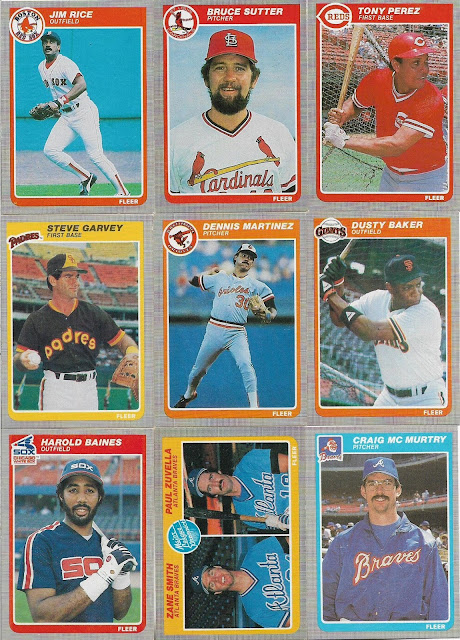 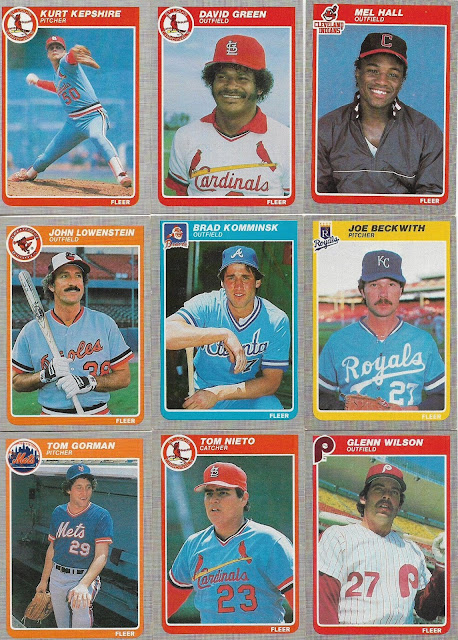 Moving on to 1985 Fleer, a much more colorful set than '83. This makes me wish that Fleer wasn't numbered in order by team. I like all the colors flashing in my face. 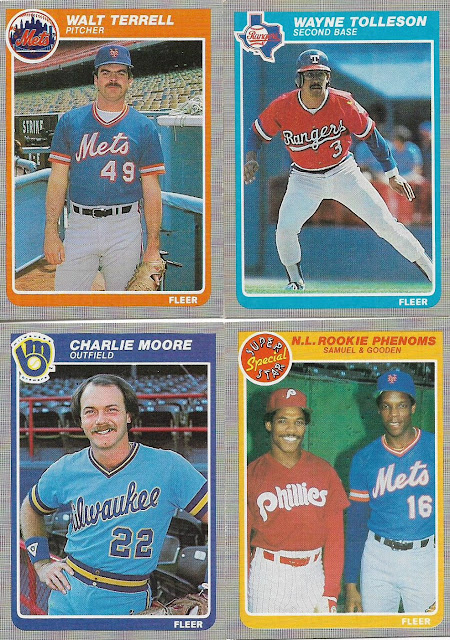 Four more that didn't fit in the frame. 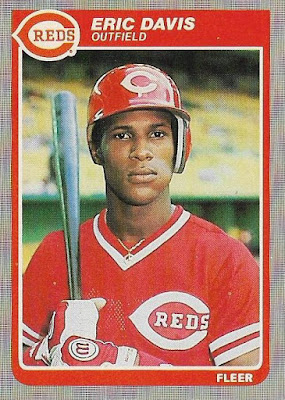 Here is the other rookie notable. Scott said he had difficulty convincing his brain to surrender this card even though it's an extra. All that 1980s history and the value placed on these cards does not go away easily. I still want people to pay $100 for my Orel Hershiser rookie extras. That's not gonna happen. 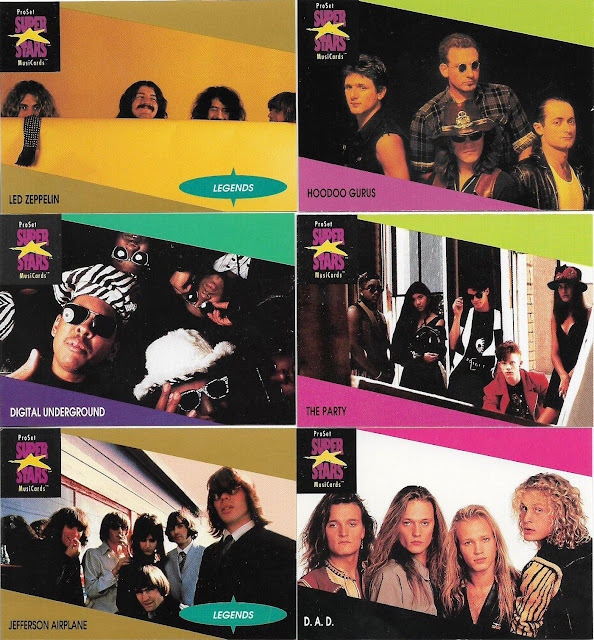 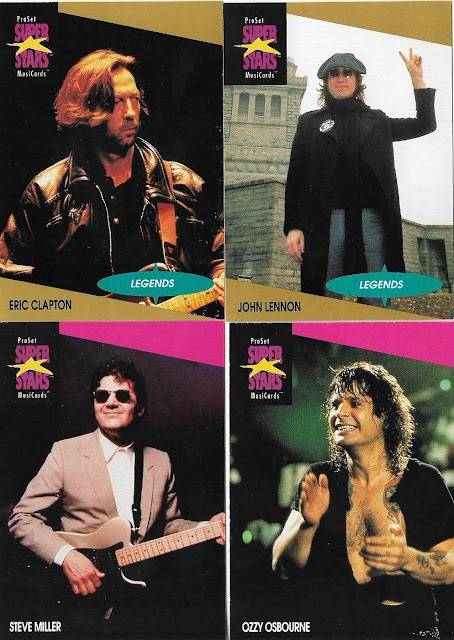 These are the well-known verticals.

And these are the concert poster cards. Those fonts, I don't know how anybody read that stuff in the '60s. I guess drugs helped.

All of these cards helped me greatly in my set completion tasks. These are my favorite packages, because I always get to cross off numbers.

Hopefully I'll get that 1982 Fleer want list going soon because I need more numbers to cross off.

Stack22 said…
I still hoard the rookies of my youth that were once "valuable." Eric Davis, Frank Viola, Jorge Bell. I suffer from that same condition where my mind won't let me take them out of their penny sleeves or nine pocket pages. You never know, that '85 Olympic Cory Snyder might one day come back into high demand.
September 5, 2018 at 12:21 PM