January 13, 2018
(It's International Skeptics Day, but I don't know if I believe that. Time for Cardboard Appreciation. This is the 266th in a series): 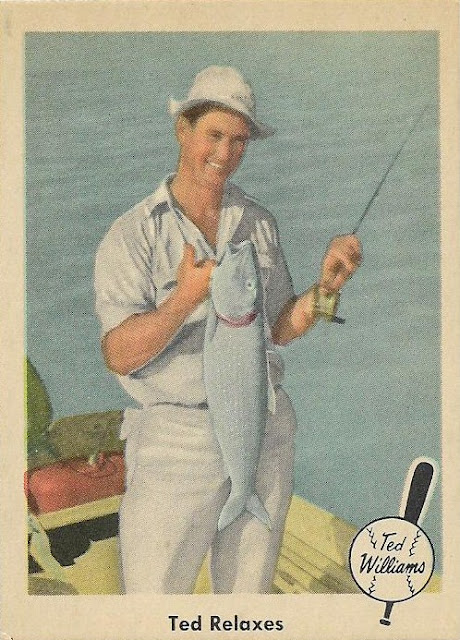 I ordered that Sandy Koufax short-print card from 2017 Update today, the one where he's pointing at the scoreboard.

It cost me less than a dollar. That's far below the price it was going for back when Update was first released, and I think the thrill of some of these super short-prints of stars of the past is wearing a bit thin. (You could say that for SSPs in general, but let's stick to the topic).

The 2017 Update SSPs of legends haven't seemed particularly special to me. The Bo Jackson SSP is the same photo that appeared in a Topps insert set seven years ago. 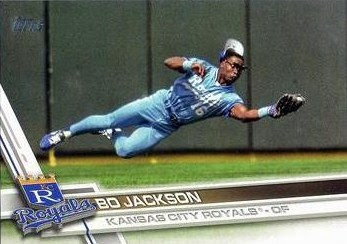 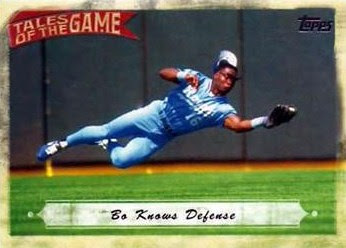 The Ted Williams Update SSP is admittedly fun. It shows Williams in fishing attire standing on his boat, attempting to reel in a catch. 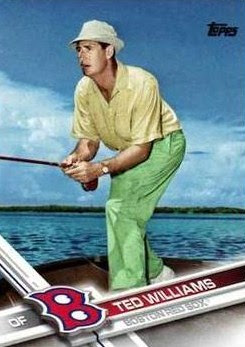 The colors are bright. Williams is in action. I kind of wanted this card as Williams has always been my dad's favorite player and I naturally gravitate to a new card of Williams.

But the price was too high at the time and then I lost interest.

Something doesn't look right. Williams, a player from the 1930s, 40s and 50s, doesn't seem to fit on this TV graphics design. He look out of place. Out of time.

This has struck me with other legends on modern designs (lots of Jackie Robinson cards, in fact). But it really made an impression this time. 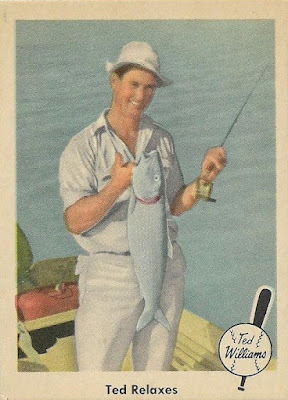 A few months ago on this blog I mentioned that I should pick up a card from the 1959 Fleer Ted Williams set, in honor of my dad, just so I could say I have at least one card of Williams from when he was still playing.

I had a different card from that set in mind at the time. I don't remember which one it was, but it was before the arrival of the Williams Update fishing card.

That Update card sealed it for me. I had to get a card of Williams fishing from back in 1959.

It cost me much less than what the Update card was going for at the time (although now the price is no  costlier than this '59 Fleer item). And, unlike the Update card, it shows Williams' catch!

Sure, the colors aren't as bright as on the Update card. It's not as flashy. But it makes much more sense to me, the design fits the time, the photo style and subject fits the time.

And the caption: "Ted Relaxes". That is just awesome. 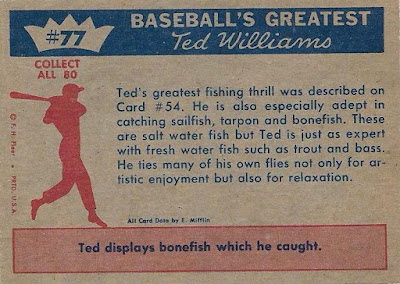 Lots of good stuff on the back and I don't even fish.

Today we want our cards shiny and cut perfectly (this '59 Fleer card is miscut). And maybe Williams on an old cardboard card and not exactly in focus doesn't appeal to every collector.

That's OK. Collect what you want.

To me, the '59 Fleer card is much more logical.

And it will remind me not to chase the short-printed legends, at least not right away. I will wait a bit so the price comes down to my level.

Maybe by that time, I'll realize there is a card that fits my collection even better.

Commishbob said…
What a wonderful card and a cool one to own given your Dad's fandom. I'm still looking for a DiMaggio card for the same reason.

Old Cards said…
Give me the old cards with their imperfections. My prize card is a 1958 Ted Williams in good condition. Got it in a batch of cards my neighbor gave me in the 60's when he had moved on from collecting.
January 14, 2018 at 8:17 AM

Fuji said…
Williams looks much more at home on the '59 Fleer card. However I've got to admit, I like Bo on his 2017 Update card more than on that insert.

Jonathan said…
As a Bo Jackson collector, it really bothers me how many images they just keep reusing. I can't imagine how bad it is for Jackie or Sandy.
January 14, 2018 at 10:42 PM