The spell is not broken

In yesterday's post I mentioned that I am no longer interested in Topps Chrome. The removal of borders essentially ruined the brand for me (it hasn't helped much with flagship either). But that doesn't mean I can't buy a pack.

I had not been to a card aisle in Target or Walmart in nearly a month. I hadn't even been in any other part of either store. It felt good. There weren't any cravings. I knew what was on the shelves. It didn't interest me. Even the urge to rip wasn't there.

Ah, but addiction has its ways. While running around trying to find food that two 19-year-old girls would eat for dinner, this suddenly popped in my brain: "Hey, I haven't bought any cards at the store in awhile."

It sounded very logical. Rational even. I've been a good boy. It's been many weeks. Surely a few cards after a month wouldn't be an issue. You could even buy 15 cards for $9.98. Who would care?

I was back under the spell.

Walmart was a disaster. Apparently in the month that I had been away, the store had decided to return to its 2009 state and impress me with football and wrestling packs. On to Target I went.

At Target I noticed the repacks (I bought one) and I saw 2017 Chrome for the first time. On one of those 3-pack hangers was a sticker that said "get one free pack of Topps Series 2."

Well, all right. I don't give a snivel about Topps Series 2, but free is free. Sign me up. 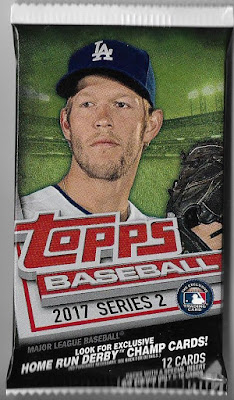 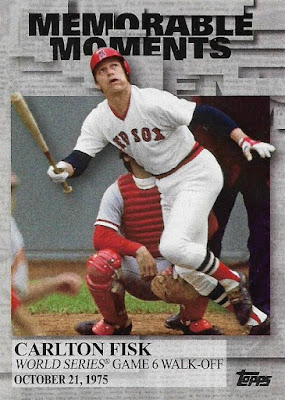 I appreciate any card that reminds people of the greatness of 1970s baseball.

So, then I turned my attention to the Chrome packs. These, in all honesty, were not exciting. And that's a terrible indictment of Chrome, considering the many panting odes I've made to opening packs of Chrome in the past. 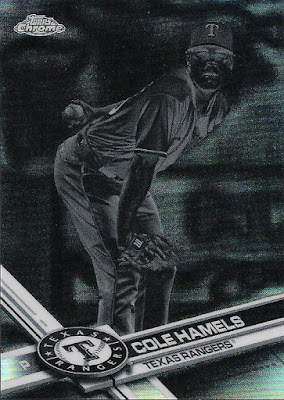 I do not understand these at all. This looks like an unfinished baseball card. I want a completed card, not a ghostly representation of a card. 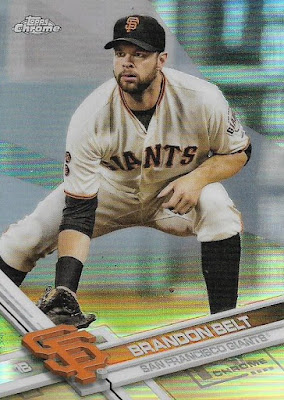 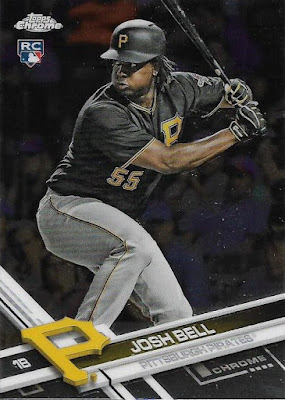 Well, that was riveting. 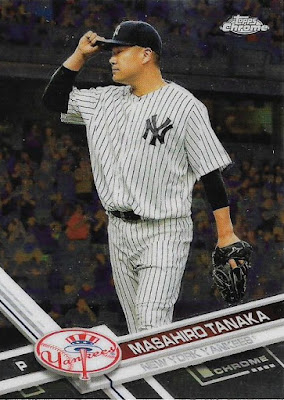 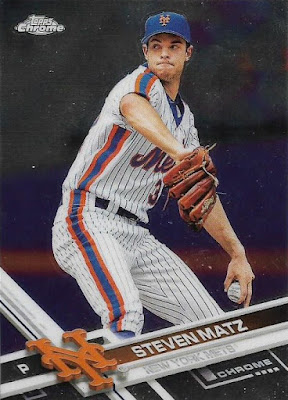 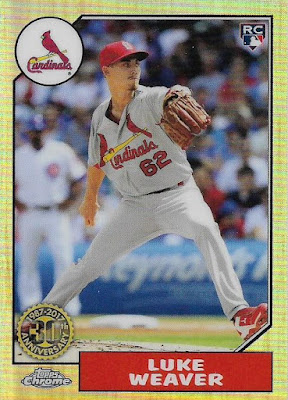 Topps sure likes this guy this year. Not as much as it likes 1987 Topps, but I still haven't figured out who he is. 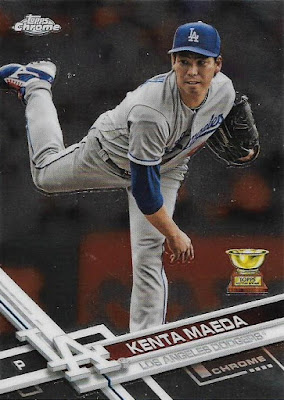 But I did get a Dodger! 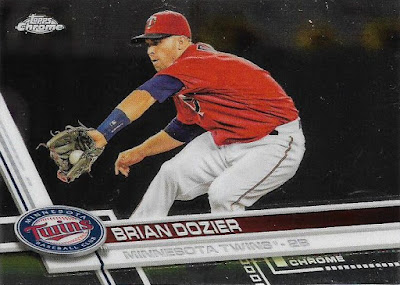 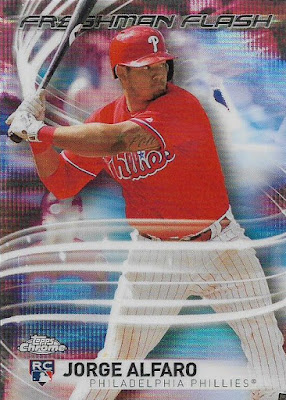 Anyone else see the Creature From the Black Lagoon lurking in the background? 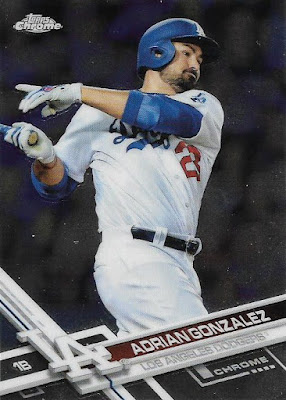 Hey, two Dodgers! This was smart spending after all.

Every one of these comes with three pink parallels. Parallels these days mean giant pink streaks covering the background that makes the card look like an unfinished paint project. I would prefer that the entire background was pink, but I'm sure I'm being too logical. 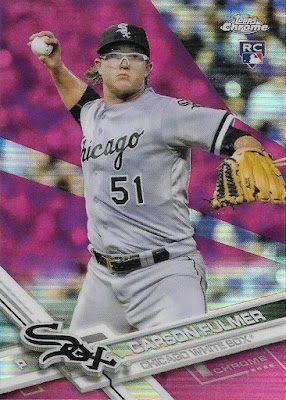 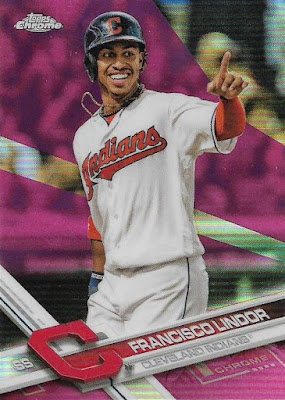 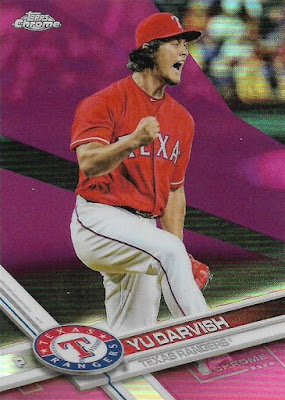 Outside of Fulmer, who is another player that Topps forces on us despite his 40.50 ERA this year and virtually nothing else of major league consequence, those were pretty good pinkies.


I can pretty much guarantee that will be my last 2017 Chrome purchase of the year. The spell may not be fully broken. But I know when the spark is gone.

madding said…
I'm fully on board with Luke Weaver, which probably means he'll turn into Michael Wacha.
September 1, 2017 at 3:55 AM

Jongudmund said…
I agree about the loss of borders. Seems weird that now the special inserts often do have borders but the regular base cards don't.
September 1, 2017 at 4:08 AM

Jeremya1um said…
I actually picked up a hanger pack of Chrome last week and got the exact same Weaver card (and a printing plate of Mark Canha in the series 2 pack). I actually collect Weaver because he went to high school in DeLand, Florida, which is where I currently live, so if you have any Weavers you don't want, send them my way.
I've never heard of a negative refractor. Does it still shine like a regular one?
September 1, 2017 at 4:52 AM

Bubba said…
Chrome this year is disastrous. I thought it merely passable last year, but this year I'm not even remotely enthralled by its glimmer and glam. Makes me very sad.
September 1, 2017 at 8:37 AM

defgav said…
I generally love all refractors, but negative refractors are among the ugliest parallels I can think of. Really scraping the bottom of the barrel as far as ways to make a card different.
September 1, 2017 at 7:35 PM

Brian said…
So maddening that Topps left the rookie cups off the base cards in series 2, but restored them for Topps Chrome (like Kenta Maeda above).
September 2, 2017 at 8:03 PM