I can barely focus 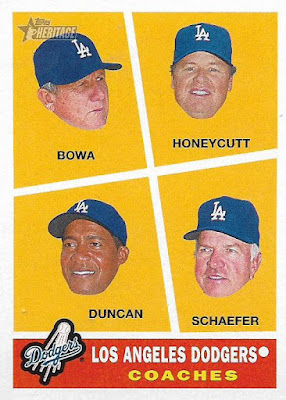 You guys, I've spent a good portion of today watching people open 2017 Topps. I expect that tomorrow the entire day will be covered in people opening 2017 Topps.

Today's experience was kind of exciting and kind of disappointing (this year's design looks even more underwhelming now that cards are coming out of packs). But it will be enough to get me to check out Walmart in the wee hours of the morning after work to see if any 2017 has arrived here.

I fully expect that some 2017 Topps will show up on the blogs before this night is over as well, all contributing to the general buzz that I'm feeling right now. And it's not going to go away until I can get a few packs of current product in my hands. This could go on for days. Multiple trips to big box stores. Clipped conversations about topics that suddenly mean nothing to me. Shirking of responsibilities and daydreaming at the office.

My focus isn't all that great on this blog either, but I'm getting it together enough to show some cards sent to me from everyone's favorite Tim Wallach collector.

Corey also sent a note saying that he had promised me a card over a year ago and then misplaced it. But he found the card and apologized for the delay.

Here is the card: 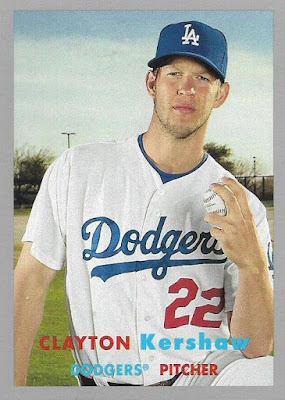 It's a silver-bordered parallel from 2015 Archives numbered to /199. I can see why I would want this. But I don't remember seeing it the first time, asking for it, or Corey saying he'd send it out to me.

I don't remember a lot of things these days. He could have left this card lost forever and I'd never know the difference.

Good thing I've got people looking out for me. I'm going to need more of them when I'm in the rest home.

Let's continue with more cards that I know nothing about. 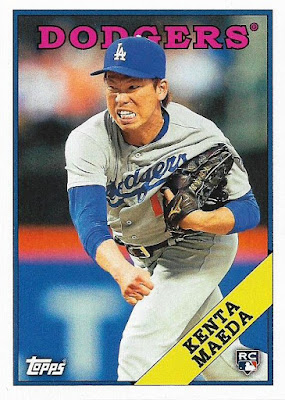 Hmmm. This is not from Archives. It's a Target exclusive that I think was issued with Update? I hope you're not coming to me for information about current cards anymore. I've pretty much given up. I'm just happy I have the card. 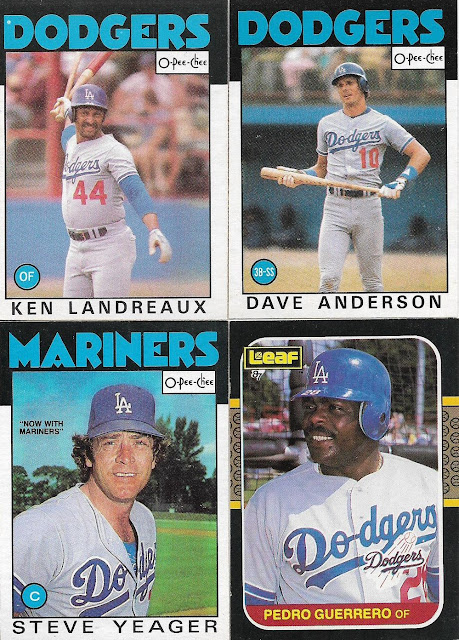 Canadian cards from the Southwest! I don't know how this happens but I will happily enter them in my collection without asking further questions. The customary O-Pee-Chee "now with Mariners" notation looks pretty comical underneath that giant MARINERS title on '86 Topps. 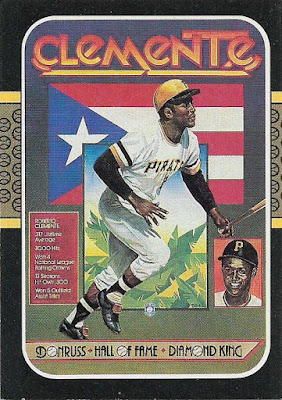 Try to get this card through customs without the agent pulling you over so he can look more closely at your Clemente. This is a Leaf Diamond King Clemente ... 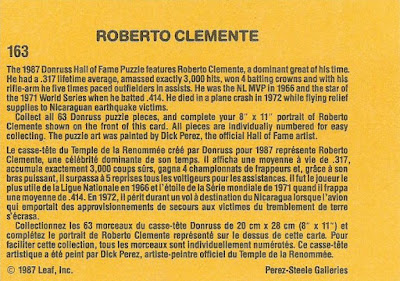 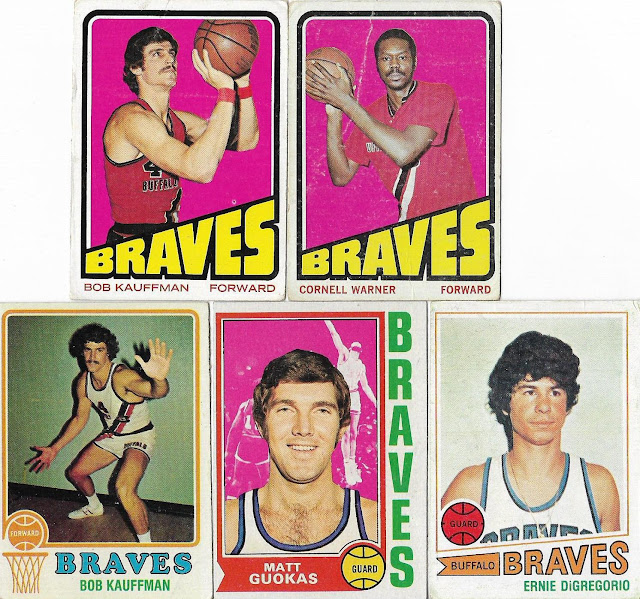 Corey ventured into basketball cards, which I don't collect. The NBA remains the only one of this country's four major sports for which I have never watched a game in person.

I do make an exception for 1970s Buffalo Braves cards though. I particularly love the 72-73 cards up top, as does everyone. 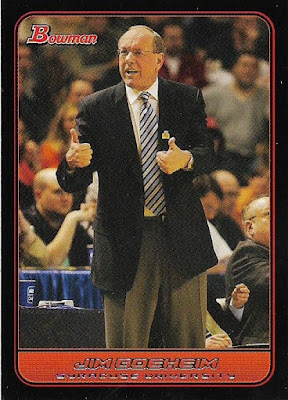 I also got this card of the coach of Corey's favorite college team. I'm not a fan of Syracuse or Boeheim (you can basically attribute that to my media dealings). But if I'm going to have a card of every sports figure I've interviewed then Boeheim qualifies.

Maybe I'll do a "Brush With Greatness" post with him. It probably won't be pretty. 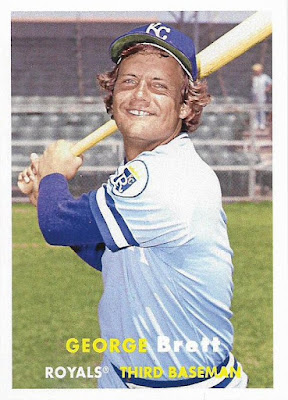 I'm a little mixed up right now. The new 2017 cards are out there, you know. THEY COULD BE IN A STORE NEAR ME RIGHT THIS MINUTE.

Probably not. But that's never stopped me before.

Tony Burbs said…
My wife heard that Flagship was coming out and asked, "does this mean your going to drag me to Target everyday now?" At least she knows what she got into, I suppose. Very nice stuff from the Wallach Collector!
January 31, 2017 at 8:01 PM

BobWalkthePlank said…
The only way I'm going to get back into the NBA is if a WVU player turns into a star. We need another Jerry West!

Stack22 said…
Perhaps it's best if you don't do a "Brush with The Great Jim Boeheim" post. In any event, I firm belief that every collection can be improved with at least one Boeheim card, especially collections in Central New York. He's on the Rushmore with Dave Cash, Archie Cianfraco, and RFA Hockey Legend David Adams.
February 1, 2017 at 10:35 AM