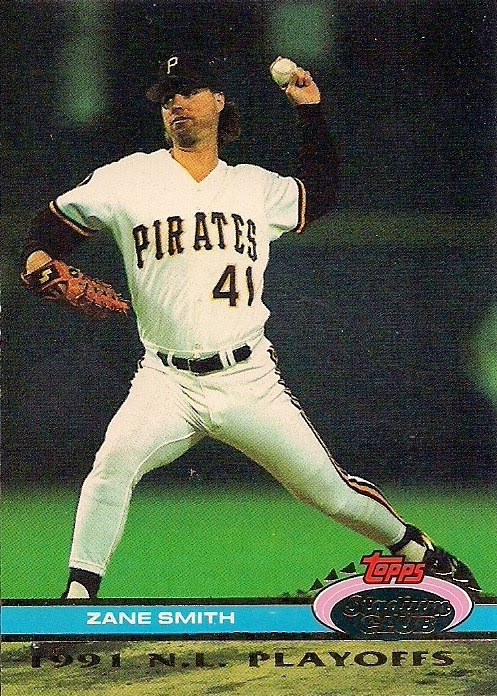 It's a shame the Expos aren't around anymore. I was their good luck charm.

Here's what I mean:

The Expos were the easiest way for my newspaper to get in touch with a major league player. Trying to contact a player over the phone is impossible unless you have some connection to the family or an agent. So when we wanted to talk to a major leaguer, we journeyed to Montreal, the closest big league town to our hole in the wall.

Personally, I went to three Expos games for work. None of them were because I wanted to talk to any of the Expos. It was always the other team that drew my interest. And I was there for games the Expos played against the Astros, Cardinals and Dodgers.

In each case, the Expos won the game.

So you can say I was good luck for the Expos ... or bad luck for the team I was interviewing. How did they let me in the locker room anyway?

Here are the results of each game:

Score: Expos 3, Astros 1
Synopsis: Zane Smith scattered eight hits and struck out seven over seven innings and Spike Owen hit a tie-breaking home run in the bottom of the seventh inning to lead the Expos.

In two of the games, the player I was there to see -- Jim Deshaies in 1990 and Eric Gagne in 2002 -- did not fair well in the game. Deshaies was the losing pitcher and Gagne blew the save and took the loss.

It's probably a good thing I didn't visit Olympic Stadium more often or I'd have gotten a reputation with the opposing team.

On the other hand, the Expos probably would have loved to give me my own seat in the press box and as much free food as I wanted.

SpastikMooss said…
Small world - I was at that third Expos game too. My grandparents live on the Vermont/Canada border, and my two brothers and I went to two Expos games in a row one time for fun. One of those two was the O'Leary homerun game. Crazy that, outside of Reds games, I've been to like 4 baseball games in my life, and that was one of them!
February 21, 2015 at 8:16 PM