May 30, 2017
Mention "1973" to someone who lived through it and a number images may come to mind: Watergate, gas lines, the Night the Lights Went Out in Georgia.

I was a kid in '73, as blissfully unaware as I could be, watching cartoons and Sesame Street and eating Spaghetti-O's. I missed out on the '73 "angst," and instead remember it as that time immediately before I became aware that the wonderful game of baseball was also played by men on television and you could collect picture cards of them.

I am now aware of just about everything '70s when it comes to cards. And the 1973 Topps set is a special look into the decade that is as unvarnished as anything issued back then. There is no wild design to divert from the photo. We get a front-row seat into exactly what was going on in baseball that year. And every element is delightfully obvious.

I recently received a handful of '73 cards for my set from Mark, who is on Twitter. They arrived in exchange for an extra '72 Topps high number that I had. 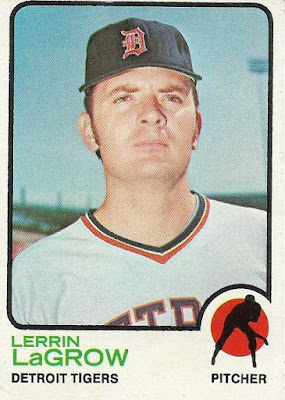 Not a very exciting card for someone who had a bat thrown at him in the previous postseason. 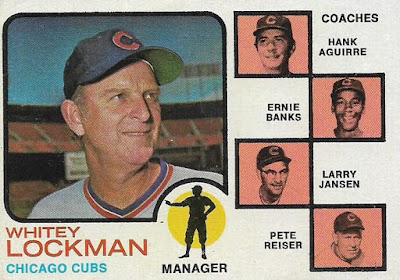 Managers don't fair well in rankings of 1973ness. Too much association with previous decades. 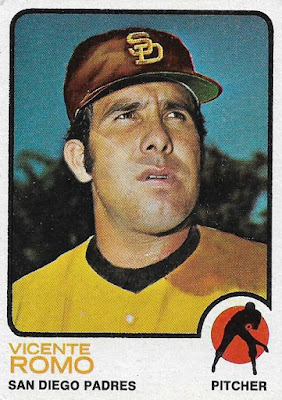 Romo was with the White Sox when this photo was taken. So the art department went to the break room fridge, got out some mustard and painted away. 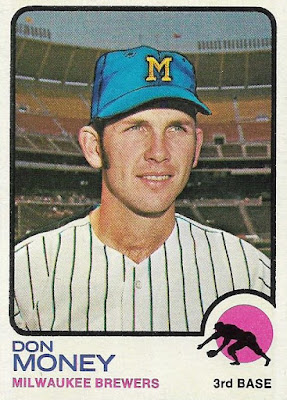 That way-too-bright painted cap stands out so much Money practically looks 3-D. And what do I say about those stripes? 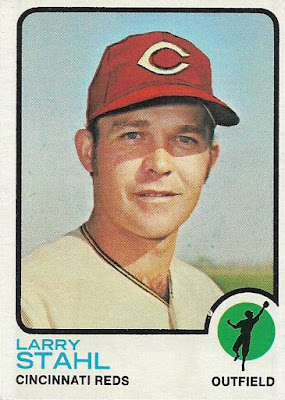 This airbrushed cap could have fooled me as a kid, but not with that gold trim on the uniform (a Padres uniform). 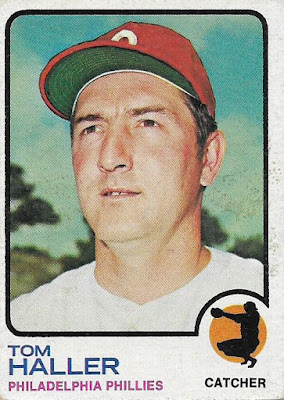 Who knows how old this photo is? Is he with the Tigers here (with whom he spent one year) or with the Dodgers? 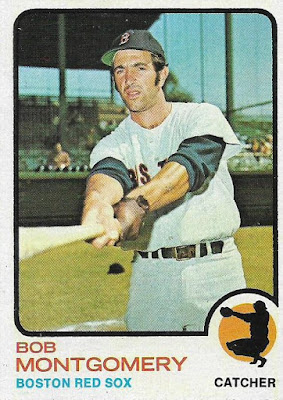 I should add a point for the wrist watch. 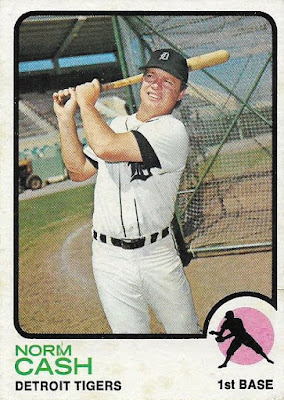 The tractor makes an appearance on another Tigers card (see 1972 Jim Northrup)! 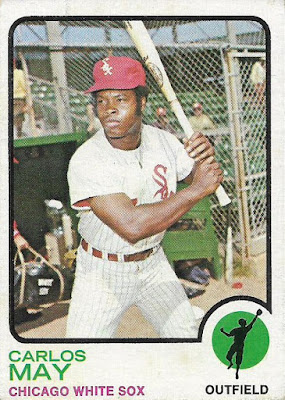 If I could know for certain that May was harboring some tobacco, I'd add another point or two. Just a wonderful photo and the kind you don't see anymore. 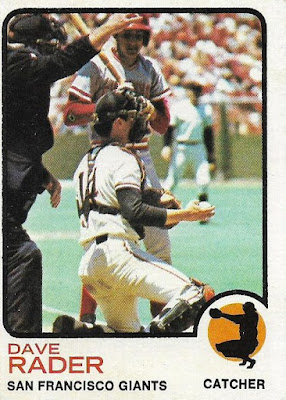 Get out your adding machine.

This is what 1973 Topps is all about. I once owned this card and then traded it away. Now that I'm collecting the set, I'm so glad it has returned to me.

This is an exercise that I might do with future 1973 acquisitions. I think many collectors are aware of the greatness of the 1973 set. But they need to know exactly why.

These were the cards kids were pulling while waiting in the back seat in a gas line.

Fuji said…
Damn. You're the most creative blogger around. Points for airbrushing and palm trees? Pure gold.
May 31, 2017 at 9:30 PM