My attention span isn't what it used to be 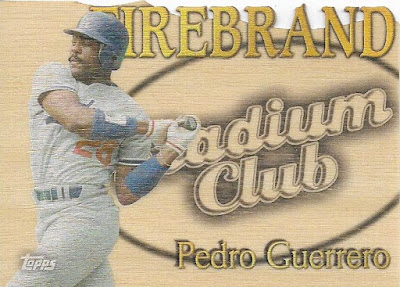 When I first started collecting, there was one set to collect each year and that was it.

When I first returned to collecting, there was one set to collect and that was it, too, because that's what I knew. I returned to the hobby by attempting to complete the first card set of my youth, the 1975 Topps set. I had no interest in any other cards (nor really the knowledge of what was out there). I was focused.

Slowly, that focus faded and I collected more and varied cards. Then I started a blog, and that blew the doors down. I tried to remain steadfast to a few key missions: whatever '70s or '80s set I was trying to complete and Dodgers. But as the years passed, more and more interesting cards arrived. The collection expanded. Let's face it: I've been doing this a long time, and knowledge can be a dangerous thing when it comes to wanting cards.

So it is that we come to my latest COMC order. It's the annual order I place before the Christmas season hits, before I have to cut myself off from my cash.

This order of cards is all over the place, hitting at least nine different collecting missions, and you probably could break it down even more. 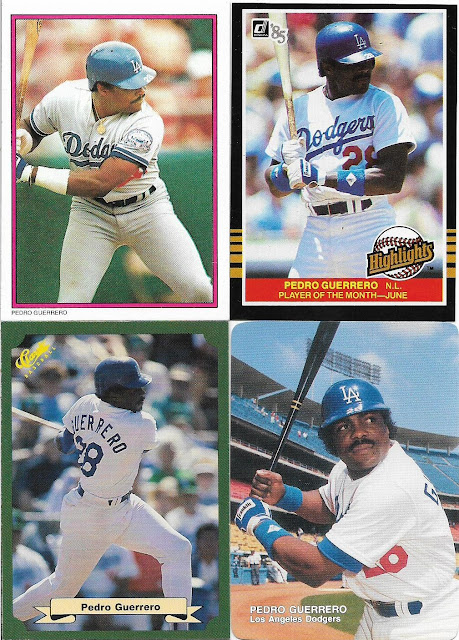 Pedros. These are a direct result from my Pedro post from a few weeks ago. I suddenly found myself on COMC looking for Pedro Guerreros I didn't have and was stunned by the number still missing. I selected these four as must-haves. I also added the Stadium Club Firebrand card up top. Those were a big deal a couple of years ago. I waited until they weren't. Still a big deal to me though. 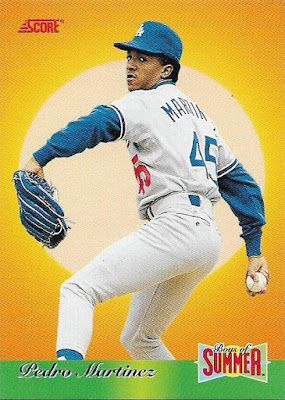 Just one card from the Pedro named Martinez, but what a card. The 1993 Score Boys Of Summer insert set is pretty popular and I can see why. 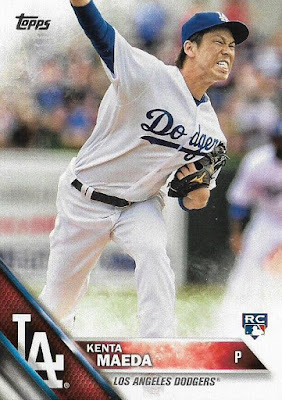 Let's get these out of the way. While people are buying these same cards with giant snowflakes on them, I'VE COMPLETED THE SERIES 2 DODGERS, YOU GUYS!

As usual when I complete the Dodgers from a set I don't like, let's never speak of these again. 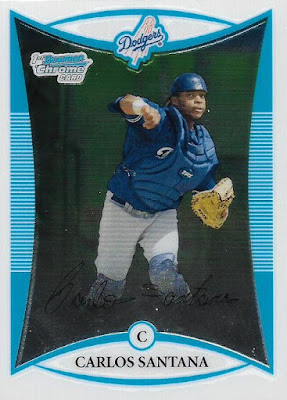 I was watching the World Series and it was one of those times when Carlos Santana came to the plate. Every Dodger fan who sees Carlos Santana thinks the same thing. No, not "Oye Como Va," it's Casey Blake.

The next thought was "I don't think I own any Santana Dodger cards." This was a major gaffe in my collection. Santana's Dodger days are now chronicled. 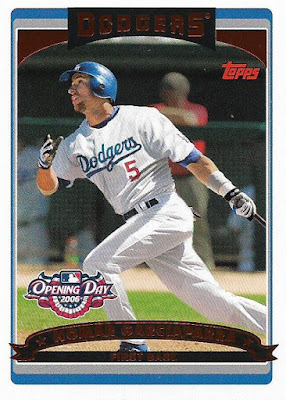 When I came back to collecting, the first modern set I collected within the year it was issued was 2006 Topps, along with Opening Day and Upper Deck. I'm still a sucker for the red parallels from Opening Day. Don't think about them much, but when I do -- gimme.

I'll take a bit of a break from the Dodgers for a moment. This card turned up when I was searching for something else. I don't remember what that something else was because Rick Reuschel chewed it up and put it in his face!

I am a sucker for chaw cards. And Hostess cards, of course. And I promise you the Best 1970s Cards Countdown is coming. I did some more listing just last week. We shall see if Reuschel shows up. 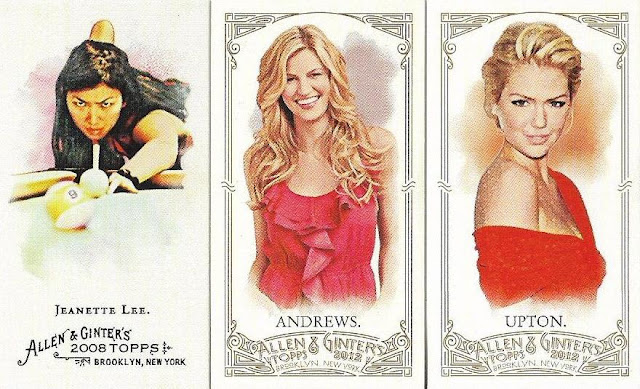 Three lovely ladies for the Allen & Ginter mini frankenset binder. The dudes are dominating the thing and I needed to do something about that. Each of these has a spot reserved in the binder. I checked before I ordered them. Like anyone in their spot had a chance. 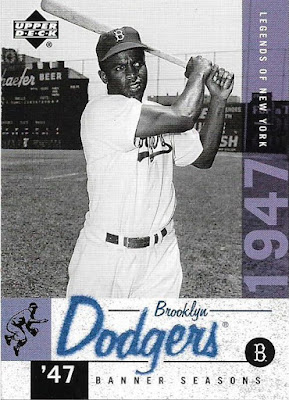 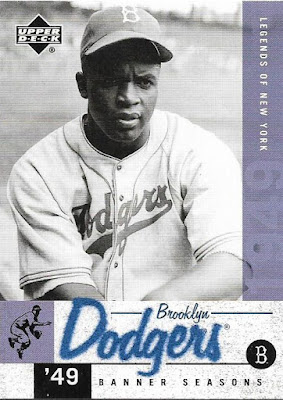 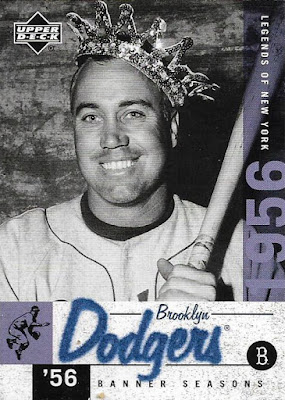 Back to the Dodgers! When gcrl sent me a bunch of needs from the '01 Legends Of New York set, I knew I would have to finish it off. These were the last three needs. And I can see why it took me so long to land the Duke Snider, judging by how fantastic it is. 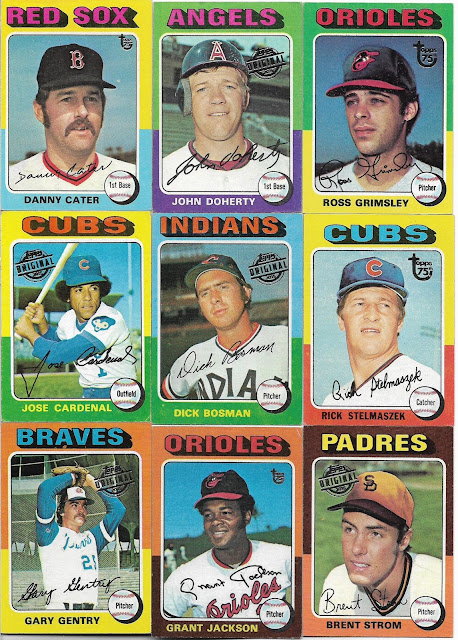 I'm still finding these relatively cheaply and think I can make another order or two before I start running into obnoxiously priced ones. These cards, plus one I got in the mail yesterday, puts me at 111 cards from the set total. That means, at most, 549 to go! ... OK, that's a lot. 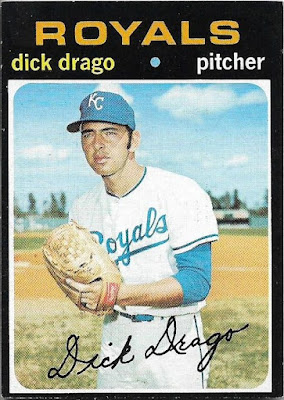 Whazzis? A card from the 1971 Topps set? Haven't I completed this set already?

Yes, I have. But this card is the last card in the set, the highest of the high numbers, an often tricky item. My previous Drago card has a bit of scribbling on it. 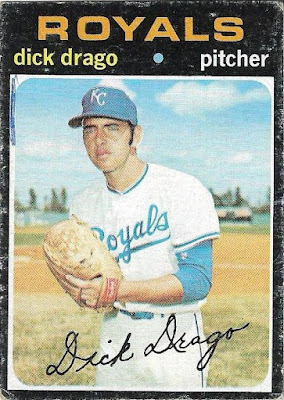 Someone tried to color in the white border until someone said WHAT THE HELL ARE YOU DOING? The card with the pen mark was perfectly satisfactory for my set completion. But I run a blog on the 1971 set! It's a semi-respectable organization.

I wouldn't have even bothered if the new Drago wasn't a little more than a buck and in great shape. That's just nuts. 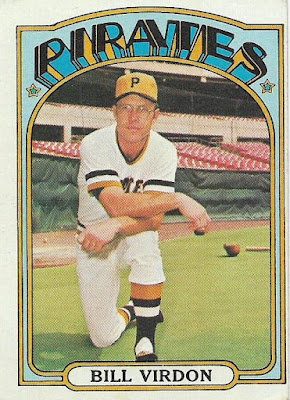 Here is a set that I am currently trying to complete. Bill Virdon, at card No. 661, leaves me seven toughies to go. I'm sorry, I probably won't complete this set before 2017 hits, which is what I wanted.

If the cards weren't so pricey, I would have focused on this set like I did the '75 set and '74 and a few others. I like focusing on one set. It's calming and I definitely feel less jittery collecting that way.

However, to narrow a focus prevents me from getting cards like this: 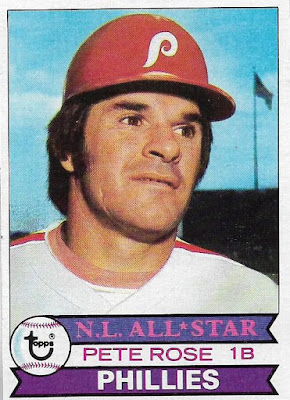 I have wanted this card for 37 years.

Sure, I forgot about it for a bunch of years in there, but Rose's 1979 Burger King card is never far away from my conscious. When this card first appeared wherever I was in 1979, I'm sure my mouth dropped. Rose's move from the Reds to the Phillies was major news. And seeing him in anything other than a Reds uniform was stunning. Plus, this was before separate traded sets (excluding '74 and '76). Burger King was it, and, man, was it IT!

I'm sure at a particular point in time, this was the most desirable card in 1979. Nobody even knew who Ozzie Smith was.

So, now, finally, something that I thought was untouchable is now mine.

I couldn't have done it if I still had an attention span.

Anonymous said…
I had the same reaction when I got my BK Rose a year or two ago. My reaction may have also involved some maniacal laughter.
December 1, 2016 at 7:34 AM

GCA said…
Oh yeah, I started the Erin & Kate rainbow some time ago. Haven't found many lately. Yours look like the black borders. Jeanette has intimidated me into adding her too. Especially since I shoot pool once a week.

Fuji said…
Sometimes some of the best finds fall into your lap when you're looking for something else. That's definitely the case for the Reuschel. Beautiful card.
December 2, 2016 at 6:36 AM