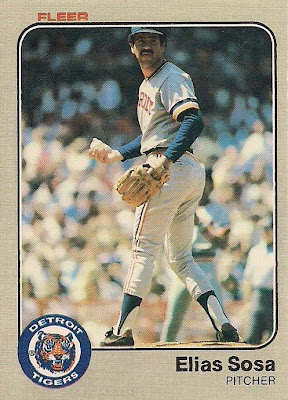 Last night at work was one of those nights that I wouldn't wish on anyone's job. I can't explain it to those who don't have my job and it'd probably be boring regardless, but let's just say it had to do with computer issues and waking three different people out of a dead sleep.

Before we knew what the problem was (and we don't exactly have a clear idea now), we were blaming it on the new logos placed in the paper. Graphics -- for those who don't have the word in their job title with the word "designer" after it -- can be a genuine, time-consuming pain in the ass.

But the funny thing is, everyone loves logos.

I'm not going to use numbers to back up that statement. It's just understood. Everyone loves logos.

The latest example is the poll results for the Biggest Improvement/Biggest Bust in Fleer card history.

Here is what was voted the biggest improvement: 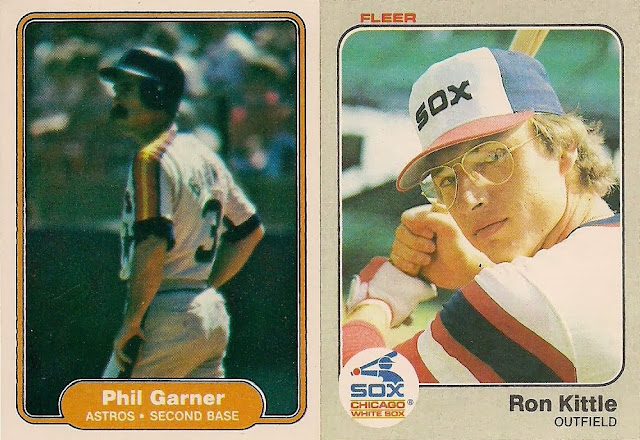 I'm not much of a fan of '83 Fleer because of the gray borders and probably because the Dodgers photos aren't very good in this set. And '83 Fleer still did weird things like crop off the top half of Elias Sosa's head up there.

But, yes, '82 Fleer has super blurry/dark photos and -- most of all -- Fleer introduced logos on the front in 1983! Therefore, "biggest improvement."

Now let's go to the results for the "Biggest Bust." 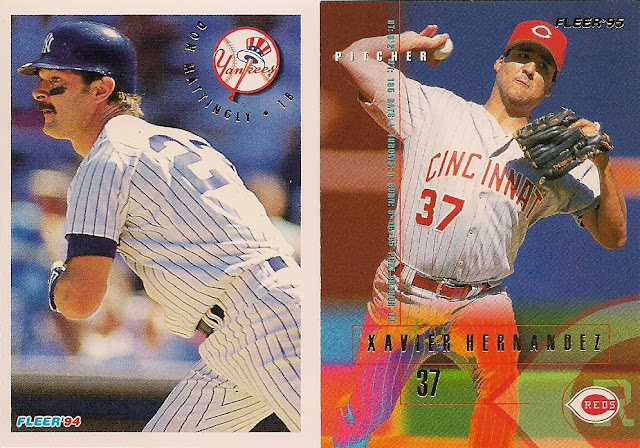 The transition from a simple, almost classic set in '94 to the drug-induced, scattershot melange of every psychedelic theme available in '95 was a landslide winner.

I'd like to think that the prominent logo display in 1994 had something to do with it. Although there's a logo on some of the '95 Fleer cards, it's not across the board and you're a little distracted by the 7,000 other things firing on the card.

Logos really helped make Fleer the darling of the card world for a lot of '80s collectors and it crossed over to just about every other card company. Today, Topps is the only company that can produce an MLB logo and it's been almost a necessity in its base set in recent years.

Anyway, that's the voting for Fleer and I'll add this link to the sidebar with the biggest improvement/bust for the other sets I've covered already.

And just to show there are no hard feelings over '83 Fleer, here's my favorite '83 Fleer card: 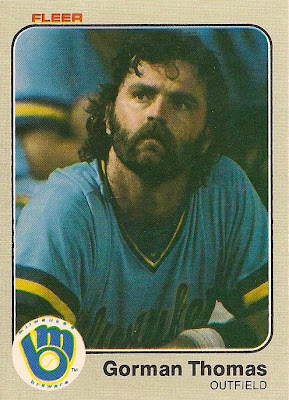 Logo or not, there's just something memorable about the sweat-soaked serial killer look.

Play at the Plate said…
Working nights, we are frequently required to wake up the on-call IT person and they are generally good natured about it. Generally.

That Gorman Thomas card looks like an entry in Throzul's Halloween card contest.