Comedians should stick to comedy 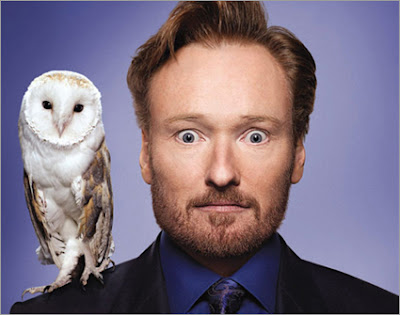 Well, I have a little bit of a twist on that, and it is this:

Comedians should stick to comedy.

Comedians get free reign over a lot of topics about which they know squat. They're allowed to be wrong as long as they're funny, although there have been many times in which I've said after hearing a joke "that's not funny. ... And it's wrong."

I suppose this falls under comedic license. Facts can be distorted in the name of art.

Fine. I have no problem with that. Funny is funny. I like funny.

But this ain't funny:

Conan O'Brien last month, commenting on the news that Magic Johnson was part of the ownership group buying the Dodgers:

"It's never a good sign when the best athlete on your team is the owner."

A) Not funny. Because Magic is in his 50s now.
B) Wrong. Because there's somebody called Matt Kemp on the Dodgers. 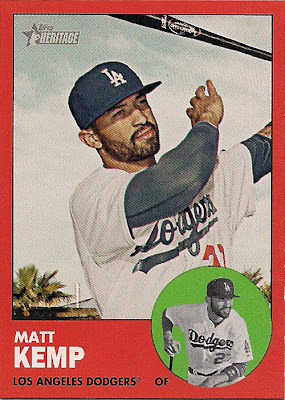 Ever hear of him?

The best athlete on the team is definitely not the owner.


* - I realize that the Dodgers' schedule so far this year has consisted of the Padres and the Pirates.
** - I've never found O'Brien funny. I think it's a generational thing.

Dennis said…
I definitely agree with you (though in general I find Conan funny; Dave Letterman, on the other hand, has never had a funny bone in his body). That's just one of those generic, low-hanging fruit jokes you hear on late night TV, though I would have expected it from Leno, not Conan. I heard plenty of the same stuff when the Lions were awful, but obviously the comedians and most people watching those shows aren't up-to-date enough on sports to actually know what's going on, i.e. an MVP-caliber player in Kemp or a great record. Sounds like Conan could use some new writers that are younger than 75 years old.
April 15, 2012 at 2:42 PM

Commishbob said…
I find Conan unfunny and creepy. But I should qualify that with the admission that I watched 10 minutes of his very first late nite NBC effort and have successfully avoided him ever since. So he may have reduced his creepiness.

Nick said…
I think Conan O'Brien is probably my least favorite "comedian" nowadays. I cringe just watching the commercials for his show on TBS whenever I'm in the middle of watching Seinfeld.

Jim from Downingtown said…
Conan is funny in a smart-aleck way, not in a clever, Johnny-Carson kind of funny. I only watch him once or twice a month, and never after the guests start arriving, as I usually have no interest in the (mostly) current generation of entertainers that he has on.

(I do find it clever when he shows his website at the bottom of the screen for whatever reason (www.tbs.com/conan) with the slash appearing as the face of Slash, from Guns N Roses.)
April 15, 2012 at 4:07 PM

topher (Crackin Wax/Varsity Trading Cards) said…
Also... why would it be such a bad thing if the most talented guy on the team was also the owner? Clearly, the guy knows how to make money. AM I RIGHT?!
April 15, 2012 at 5:58 PM

Ross said…
I think the humor attempted in this 'joke' here is the exaggeration that a 50 year-old Magic is still a better athlete than those currently on the Dodgers. Obviously Conan and his staff don't honestly think Magic is more athletic now than professional athletes in the primes of their lives.

I think the real reason it's not funny is because he was picking on your Dodgers. I bet if it were Hakeem Olajuwon buying the Astros, you may think differently.

night owl said…
The Astros don't have Matt Kemp. The main issue is the Dodgers have a blatant star on the team (a couple actually), so the joke doesn't work at all. It may have worked on a team without a major talent.
April 16, 2012 at 2:34 PM

Ross said…
I'd bet 8 out 10 average Americans have no idea who Matt Kemp is. To say the joke doesn't work because Kemp is a 'blatant star' is off base because, for most of the general population (and probably especially Conan's audience,) Kemp isn't a star. Magic Johnson, though, he's a star. Again, they're exaggerating the Dodgers' ineptitude for comic effect.
April 16, 2012 at 3:24 PM